How To FaceTime On Android – Yes You Can!

Have you long wondered why you couldn’t FaceTime on Android? So have most people. But now with the upcoming release of iOS 15, Apple will now let Mac, iPhone, and iPad users make FaceTime calls to Android users.

But first, let’s backtrack a bit. Until iOS 15 why has FaceTime only been available on Apple devices? Why isn’t it cross-platform like Zoom or Skype?

The main reason is Apple knows FaceTime is a big draw for consumers when considering what kind of phone to buy. FaceTime is easy, slick looking, and reliable. So if you’re Apple, why would you make that app for Android, too?

You want FaceTime – you buy an iPhone.

Or, at least, that’s how it used to be. But with iOS 15 that’s changing. BUT – and this is a BIG but – it should be noted that Apple isn’t bringing the FaceTime app to Android. Notice how we said FaceTime is coming to that platform with iOS 15? And of course, iOS 15 only works on iPhones – so what gives?

How To FaceTime Between iPhone And Android Phones

So what do you need to do if you want to FaceTime between an iPhone and Android phone? Well, the iPhone user needs to initiate the call by sending a FaceTime link to the Android user.

Here’s what you need to do if you have an iPhone and are initiating the FaceTime call:

And here’s what you need to do if you have an Android phone and want to join the FaceTime call:

At this point, the iPhone user will then need to grant you access to the FaceTime call. Once they do that the Android user will see all the standard FaceTime options, such as camera controls, muting, ending the call, and more.

Keep in mind that these features won’t be available until iOS 15 ships later this fall. However, if you have an iPhone you can join the iOS 15 public beta and start testing these features out with your Android friends today! 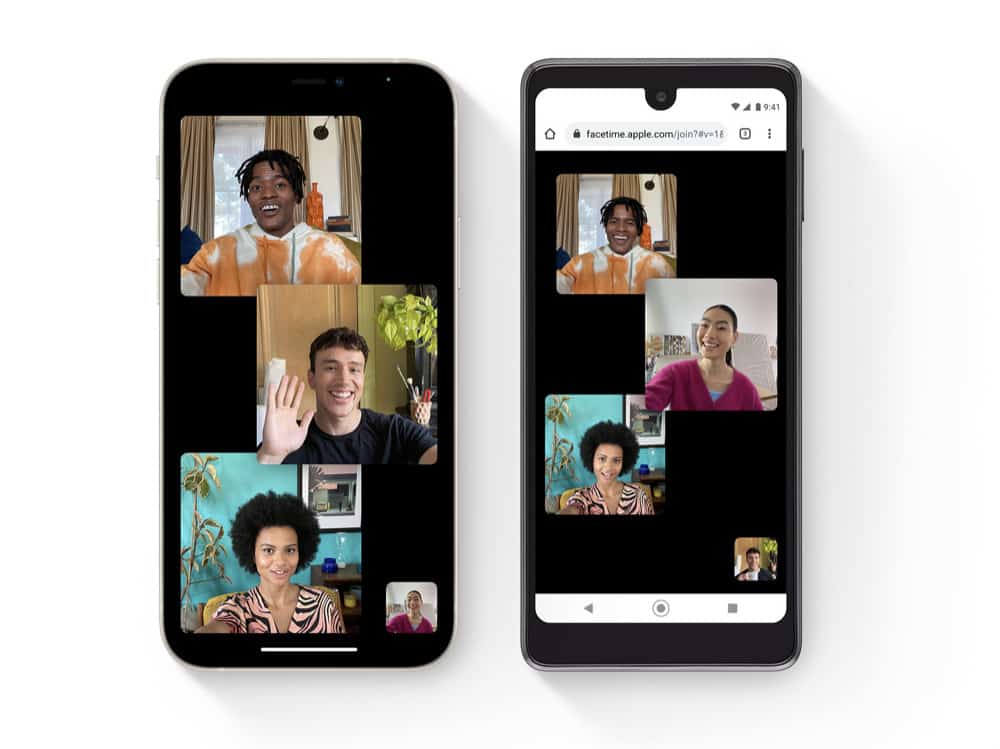