The Samsung Galaxy Watch 4 is official with a new operating system, a 40-hour battery life, and plenty of fitness tracking features. Is it better than the Apple Watch? Let’s find out…

If you’re properly into fitness, something like running or cycling, you’re probably already wearing a Garmin watch. These specialist types of smartwatches aimed squarely at runners, cyclists, and cardio-nuts, exist in a slightly different niche to the Apple Watch or the Samsung Galaxy Watch 4. They’re more sports-tracking and data collection than being “smart”.

For true smartwatch functionality of the kind most people imagine when they think of a smartwatch, you’re looking at either an Apple Watch or something that runs either Tizen OS or Google’s Wear OS. But up to now, and despite getting a massive head start on Apple, neither Samsung nor Google’s respective smartwatch platforms have really caught on – not in the way Apple Watch has.

That’s what makes the Samsung Galaxy Watch 4 so special, however, because it is a joint venture between Google and Samsung, and its sole task is to create a smartwatch that is better than Apple Watch in every conceivable way – from battery life to looks, to features, and to its sports tracking abilities. But is this Samsung Galaxy Watch 4 better than the Apple Watch? Let’s find out…

The fitness features here aren’t hugely different from what we’ve seen before, but there is a new body composition tool that gives you a rough idea of your body fat percentage. We’ve found that GPS, heart rate monitoring, and other fitness features are well thought out on the Galaxy Watch 4.

Battery life isn’t a huge concern on the Galaxy Watch 4, but it isn’t the longest-lasting smartwatch we’ve ever seen. It’ll last up to around two days with normal to intensive usage, and around three days if you’re not working out or using features like GPS.

This is the best smartwatch for anyone who owns a Galaxy smartphone. If you own a different Android phone, it’s still a worthy choice for your next smartwatch, but there are caveats around the features mentioned above.

But sometimes, when you make many changes at once, there are more chances for individual changes to fall short. The battery life could be more consistent, and Wear OS is missing some key features at launch. I’m also hesitant to celebrate the benefits of wrist-based body composition analysis for the number of people the feature might be unsafe for.

Instead, the Samsung Galaxy Watch 4’s success comes down to integrating as obnoxiously well with Galaxy devices as the Apple Watch does with the greater Apple ecosystem. It masters a convenience that’s been absent for Samsung’s users, letting all the other chips fall in place. It’s the best smartwatch for Android you can buy now. Stay tuned to see if it maintains its place as competitors like the Montblanc Summit 3 and Google Pixel Watch (or even the rumored Samsung Galaxy Watch 5) enter the market.

The Galaxy Watch 4 continues Samsung’s impressive smartwatch track record, but the partnership with Google seems to have elevated both parties.

At least until Wear OS 3 launches in full in 2022, this iteration is probably the best smartwatch software outside of an Apple Watch, and the chipset improvements and body composition tracking ensure that the hardware is specced to match.

It’s a shame that a couple of the tracking metrics are limited to Samsung phone owners, which might be enough to make other Android users hesitant – and iPhone owners can’t use this at all. But if you’re already inside the Samsung ecosystem there’s simply no better smartwatch for you right now.

The Samsung Galaxy Watch 4 is the best smartwatch you can buy for Android, but it’s not a giant leap ahead of its predecessors nor a tremendous relaunch of Google’s Wear OS efforts.

The switch to Wear OS 3 hasn’t hurt functionality and will probably pay dividends later on, opening up greater third-party app support. But for now, you have the best of Samsung’s services and experience with the addition of Google Maps, Pay, and the Play Store plus slightly better integration with Android smartphones.

It’s faster and smoother than other Android-compatible smartwatches, has comprehensive health tracking, looks good and the bezel controller on the Watch 4 Classic is great. But while the battery life is at least a full 24 hours, it is a little short of best in class, Bixby, is still slower and less capable, you can’t use the Watch 4 with an iPhone and some features don’t work if you use it with an Android device not made by Samsung.

If you own a Samsung Galaxy smartphone and you want a new smartwatch then the Samsung Galaxy Watch 4 is undoubtedly the best choice for you. It’s modern, slim, and comfortable as well as having loads of useful features and a really intuitive operating system.

Granted, the battery life isn’t amazing and you will need to remember to charge it quite often – for most that will be fine, but if you’re forgetful like me, then that might be a bigger problem.

So what if you don’t own a Galaxy phone? Well, this watch is fantastic for most people but you won’t be able to make the most of it without owning another Galaxy device. It won’t work at all with Apple iPhones, but anyone with an Android phone can download the Samsung Health and Samsung Wearables apps from the Google Play Store, so you will still be able to use the majority of its features.

Whether you’re looking for an all-singing, all-dancing smartwatch or just a smart-looking fitness tracker, the Samsung Galaxy Watch 4 series does it all. These watches are slimmer and more powerful than their predecessors – and more affordable, too. It’s quite the showcase for how far Wear OS has come in a short period of time.

That doesn’t mean it’s a perfect watch, though. The regular model is quite dull-looking, with its flat, featureless design, and the lack of iPhone compatibility means it’s really only for Android users – but it’s the most complete package in terms of features that we’ve seen yet.

As it stands, the Galaxy Watch 4 is probably the best smartwatch for Android users now. It’s got pretty much everything you could ask for. Whether you need customizable watch faces, great fitness tracking, interactive notifications, wrist-based payments, or music, this Samsung does all of it. And does it well.

Is The Samsung Galaxy Watch 4 Worth It?

If you’re running an Android phone, like billions of people are these days, and it is running on Android 6 or above, the Samsung Galaxy Watch 4 is the best smartwatch you can buy right now. It has solid battery life, excellent fitness tracking features, and a very attractive design, and it seamlessly integrates with your phone, giving you a true smartwatch experience on your wrist. In this respect, it is as close to an Apple Watch-like experience as you’re going to get in the Android space.

The Samsung Galaxy Watch 4 is also well priced too, coming in at under $200/£200 which is great for a watch that can do as much as it can. If you’re into fitness or just want some “smart features” on your wrist, the Samsung Galaxy Watch 4 really does tick all the right boxes with its myriad features and sensors that can track everything from your body fat percentage and heart rate to your overall stress levels and sleep quality.

If you’re looking for a smartwatch to pair with your Android phone in 2022 and beyond, the Samsung Galaxy Watch 4 is just about the best in the business (for Android users) right now. And at less than $200/£200 a pop, it is also really good value too – as well as being cheaper than its predecessor. Double bonus! 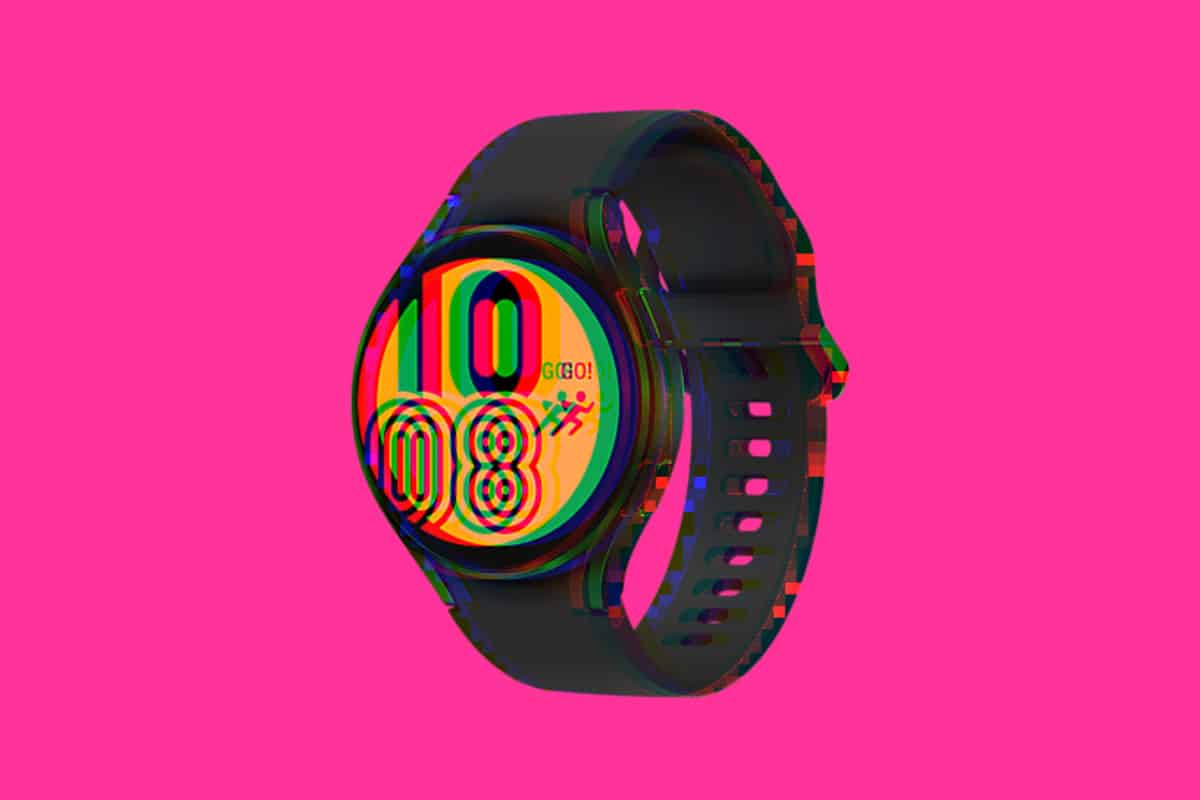