As expected, Apple’s iPhone 13 was not a major update. Apple did make a few tweaks here and there, most notably in the camera module and battery department, but for anyone using the iPhone 12, the iPhone 13 is probably one to miss.

iPhone 12 vs iPhone 13 – The Main Differences

On the surface, there isn’t really too much to separate the iPhone 12 and the iPhone 13. They look more or less identical, come in the same models – standard, mini, Pro, and Pro Max – and they all have OLED displays and 5G connectivity.

But as you’ll see below, the differences, while subtle, do add up to some pretty big differences between the iPhone 12 and the iPhone 13. This is pretty standard for Apple, though – it doesn’t make HUGE changes, instead preferring to tweak and augment things.

And it is this approach that has made the company so successful. It also helps keep the development costs of its phones lower too. Apple focuses on changes that matter, changes that improve the usability of the phone and its core components – like the battery, its camera, and how it performs across the board.

There are changes, though, and while they’re subtle, some are actually rather important. The most significant relates to battery life. Apple’s iPhone 12 was not great with battery life; the inclusion of 5G really hurt the phone’s battery stamina compared to the iPhone 11’s.

Apple set about fixing this with the iPhone 13 range by adding in larger batteries for all the models in the range. This resulted in markedly improved battery life. The iPhone 13 Mini, for instance, will last a full 90 minutes longer than the iPhone 12 mini – and 90 minutes extra juice is pretty significant.

If battery life is important to you, I would definitely advise that you go with any of the iPhone 13 models over those in the iPhone 12 range. The larger batteries and Apple’s A15 CPU do make a major difference to overall battery life and performance, even on the base and Mini model.

Apple uses the exact same OLED panels in its iPhone 12 and iPhone 13 series of phones. But there are, again, subtle differences. The iPhone 13’s display, for instance, has been tweaked to deliver better brightness – around 28% more, to be exact. The iPhone 12, for instance, will deliver 569 nits, while the iPhone 13 will do 795 nits which is quite a big discrepancy. And it is something you will notice too.

On paper, the iPhone 12 and iPhone 13 camera look and sound much the same. But, again, the devil is in the details here. The iPhone 13 runs the same dual-lens 12MP rear-mounted camera as the iPhone 12. But the iPhone 13 uses a much larger sensor – the biggest ever fitted to a dual-lens camera module – and this sensor lets in a remarkable 47% more light than the iPhone 12’s.

The base model iPhone 13 also gets sensor-shift optical image stabilization, a Pro feature from the iPhone 12 Pro / Pro Max, as well as a newly minted ultra-wide lens that has vastly improved low-light performance abilities. Again, this is all subtle, understated stuff but when it is all combined it does add up to big changes to how the phone performs in the real world.

With Apple’s iPhone 13 Pro and iPhone 13 Pro Max, the changes and upgrades are even more pronounced. You have, again, much larger sensors than what was used on the iPhone 12 models and this, combined with the wider f/1.8 ultra-wide sensor, makes for dramatically improved performance in all lighting conditions, but notably lower light conditions.

And while 1TB sounds ridiculous, if you’re using ProRes a lot – or filming movies on your iPhone – 1TB of storage will actually become really useful. This is why it is currently only available on Pro models.

Each new iPhone model gets a new CPU. The iPhone 12 ran on Apple’s A14 CPU, while the iPhone 13 runs on the company’s A15 platform. Both are exceptionally powerful CPUs, leading the market and Apple’s nearest competitor, Qualcomm, well and truly in its wake. Nothing can touch Apple’s A14 or A15 with respect to overall performance.

The A15 is made using the same 5nm process as the A14 – Apple uses TSMC for this – but Apple says the A15 will deliver around 20% more performance and is way more efficient than the A14 which, when combined with the larger batteries inside the iPhone 13 range, is why the battery life is so much improved.

For the average user, the difference between the A14 and the A15 is purely academic. Yes, the A15 is faster and more efficient. But if all you’re doing with your iPhone is running a few apps, playing the odd game, and using it to make calls and send texts, this alone would not make the iPhone 13 worth upgrading to. The iPhone 12 is still a very powerful phone – even by 2022 standards.

Is The iPhone 13 Worth Upgrading To?

But if you have an iPhone 12, I’d hold on to it for another few months and wait for the iPhone 14.

Over on PAGE 2, you’ll find all the prelaunch rumors about how the iPhone 13 compares to the iPhone 12… How Bad is The iPhone 13 Mini Battery Life? Let’s Find Out… 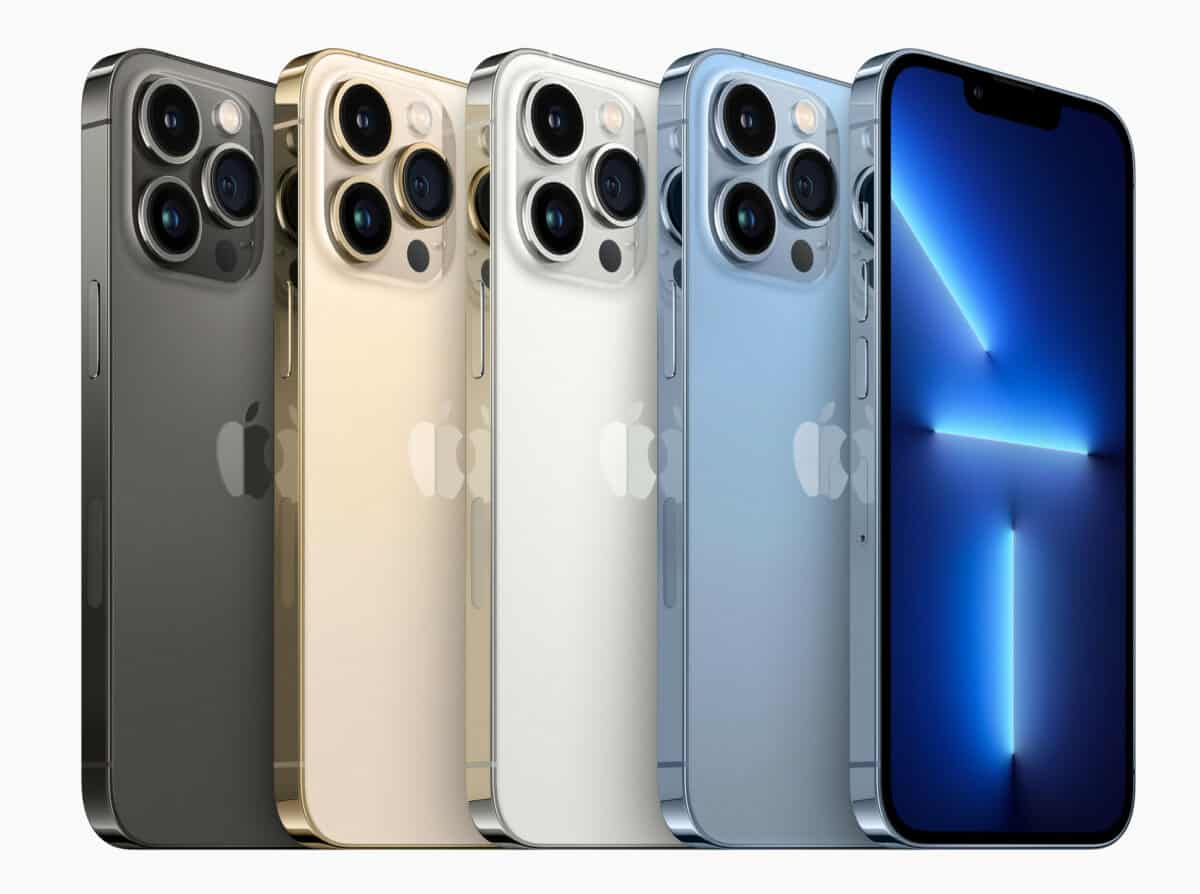 Looking to buy an iPhone 13 in the UK? There is currently a 4-5 week shipping delay for Apple’s new iPhone 13 models 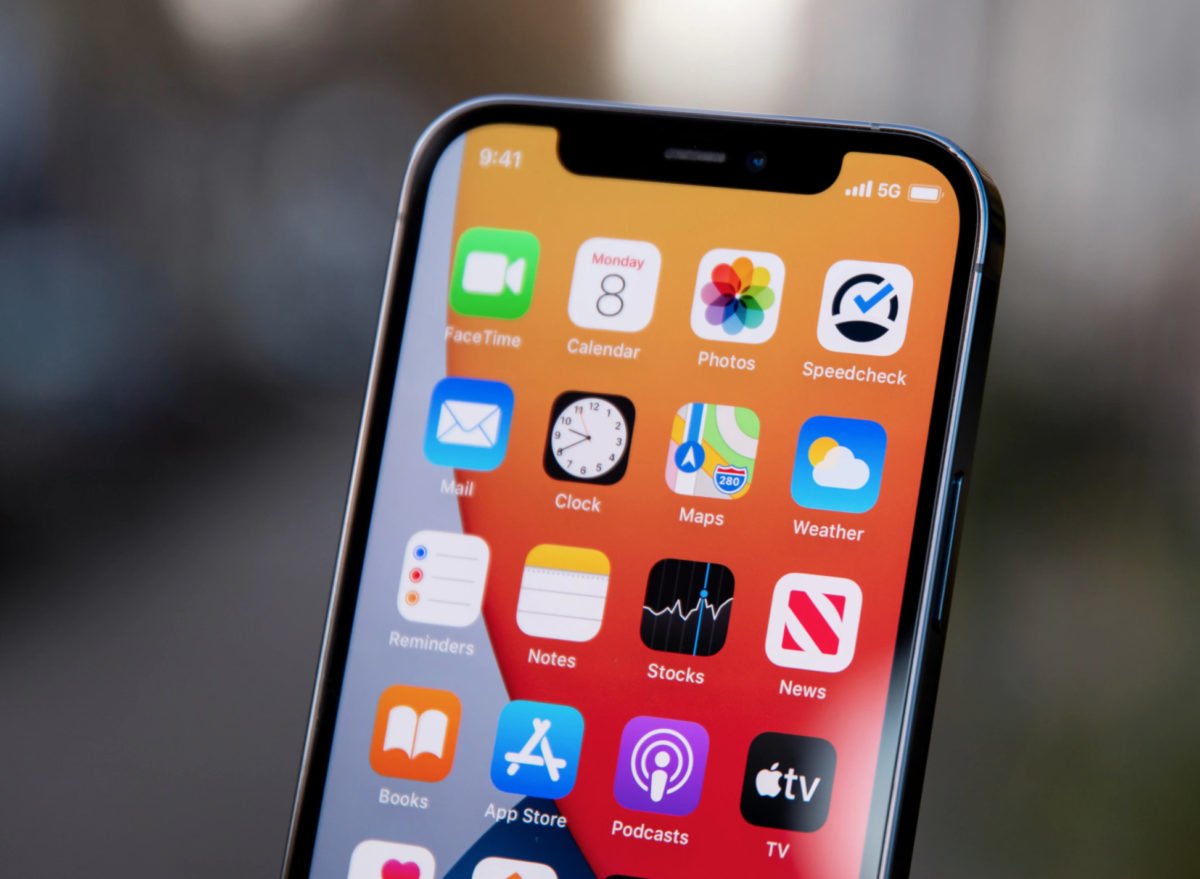 If you have an iPhone 11 and are thinking about the iPhone 12, hold your horses – the iPhone 13 will be a far better investment. Here’s why…