“There’s an app for that” is one of the most successful taglines in history. It was coined by Apple to highlight the massive variety of apps available for the iPhone platform. However, a new iOS 14 feature called App Clips does away with apps entirely. 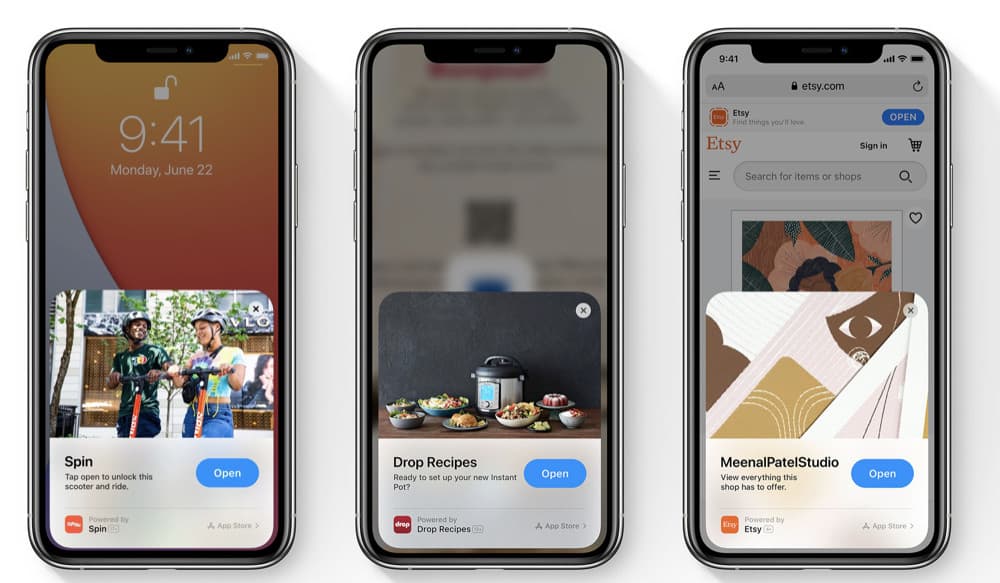 Apps are going to be a part of the iPhone experience for the foreseeable future. However, just because “there’s an app for that” doesn’t mean people are going to download an app they might only use once anyway. That’s where App Clips comes in. Here’s how Apple officially describes them:

“Clips are a great way for users to quickly access and experience what your app has to offer. An App Clip is a small part of your app that’s discoverable at the moment it’s needed. App Clips are fast and lightweight so a user can open them quickly. Whether they’re ordering take-out from a restaurant, renting a scooter, or setting up a new connected appliance for the first time, users will be able to start and finish an experience from your app in seconds. And when they’re done, you can offer the opportunity to download your full app from the App Store.”

An App Clip can be thought of as a mini-app. It features a few very specific functions of the full-fledged app and nothing more. For example, let’s say a rideshare app has an app clip. While the rideshare app may allow you to book various ride options, favorite drivers or route, and pay for the ride, and App Clip might only contain the portion of the app that allows you to pay for the ride. 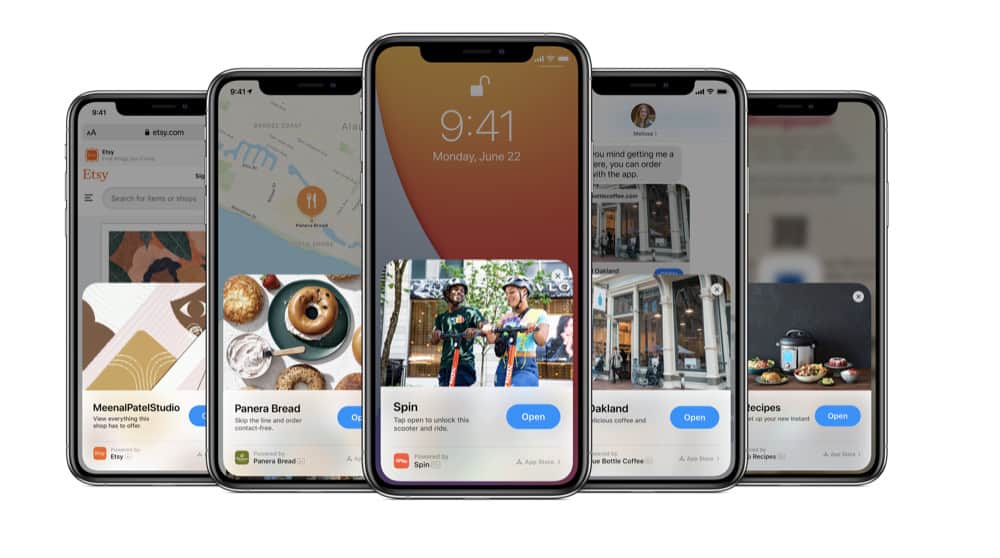 Or another example: a restaurant has a full app, which offers a map of all its locations, the ability to view menus, book tables, and more. That same restaurant could choose to offer an App Clip that, for example, only shows the user the menu.

So what’s the point of an App Clip? They are useful for businesses to streamline the customer experience–especially when the customer is unlikely to download the full app. For example, an App Clip for that restaurant might allow diners who scan a QR code at their table to see the full menu on their phone without downloading the app.

Or, that rideshare App Clip may allow someone to pay for the ride if someone else has ordered it–such as when a friend ordered the ride, but you want to be nice and pay for it.

How Do App Clips Work?

Users can use an App Clip in six different ways, via:

So, if you want to use an App Clip you need to be presented with the option to use one. These options can come in the form of wireless NFC tags you tap with your iPhone, QR codes you scan, Safari app banners you tap on a web page, links in Messages, or they can be found in the place cards in iOS 14 and later’s Maps app. 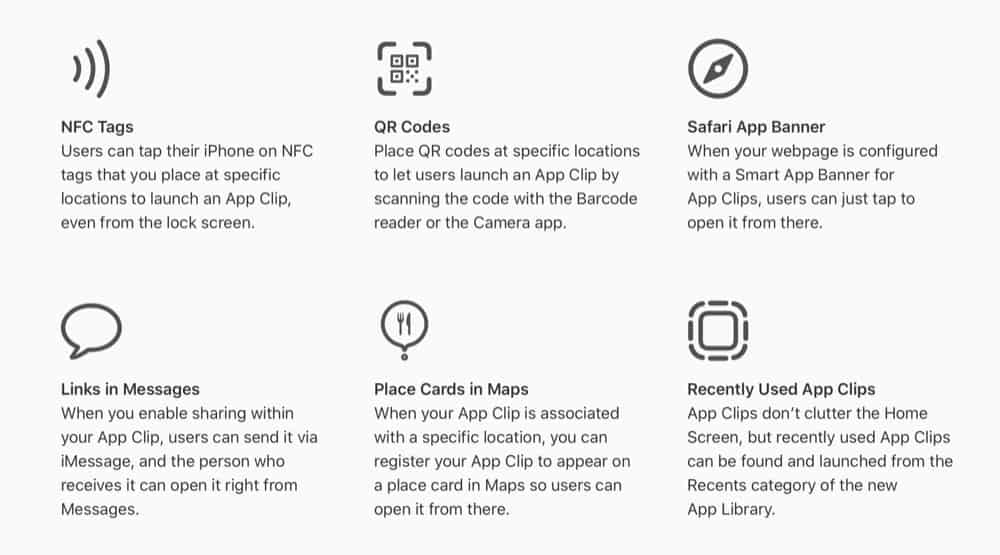 Finally, any recently used App Clips will remain on your iPhone and can be launched from the App Library in iOS 14. Keep in mind, however, that App Clips only stay around on your iPhone for a limited amount of time. Once you haven’t used them for over 12 hours, they automatically delete.

Where Do App Clips Work? 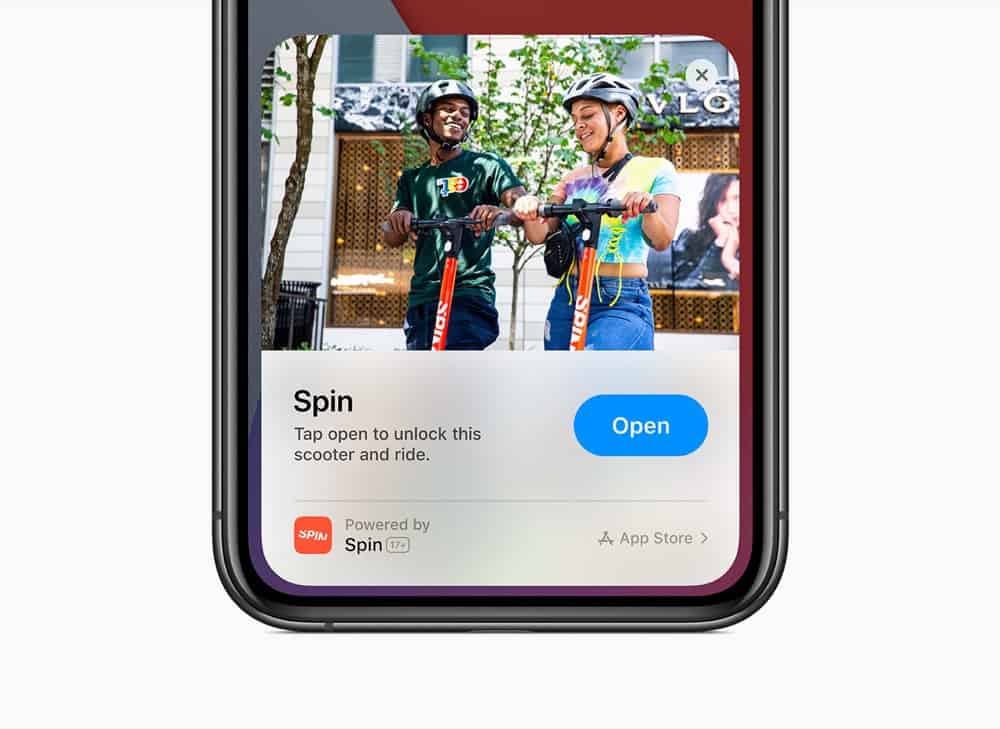 They work in locals that have NFC tags or QR codes–so, for example, at the tables in restaurants or even on busses.

Why Use App Clips?

App Clips are hands when you want to use the feature of an app very quickly but don’t want to go through the trouble of downloading the entire app. They streamline the experience of the business you are interacting with.