Facebook has a cool feature it calls “3D Photos” that allows you to see subtle shifts in perspective when you view them.

If you’ve seen the photos in your feed but have never know how to create them, fret no further!

In this guide, we’ll tell you everything you need to know about the cool photo tech.

3D Photos was first introduced by Facebook October of 2018.

The technology allows people with certain smartphones with dual-lens cameras to record the field of depth when they take a picture.

This depth data can then be used by the 3D Photos to make it look like the pics have a subtle shifting perspective when viewing in the Facebook app on a mobile device.

Today we’re starting to roll out 3D photos, a new way to share your memories and moments in time with a fun, lifelike dimension in both News Feed and VR. With technology that captures the distance between the subject in the foreground and the background, 3D photos bring scenes to life with depth and movement.

Whether it’s a shot of your pet, your friends, or a beautiful spot from your latest vacation, you just take a photo in Portrait mode using your compatible dual-lens smartphone, then share as a 3D photo on Facebook where you can scroll, pan and tilt to see the photo in realistic 3D—like you’re looking through a window.

The great news is viewing 3D Photos is easy.

All you need is the Facebook app on your smartphone.

It doesn’t matter what type of smartphone you have also long as it has an accelerometer and gyroscopic sensors – which virtually every smartphone made in the last 10 years has.

So just open your Facebook app and then swipe through your feed as normal.

You’ll spot any 3D photos right away because you’ll see their perspective shift slightly as your phone shifts around in your hand.

When it comes to creating 3D Photos, things are a bit trickier.

To create the advanced pics, you’ll need a fairly recent smartphone that has a dual-lens camera.

That smartphone will also need to has support for a Portrait mode, which is one of the modes that measure depth data.

Android devices with dual-lens cameras should also support the tech, but your mileage may vary.

As long as you’ve got a supported smartphone, creating a 3D Photo is easy:

To get the best 3D photos possible, Facebook has laid out some tips: 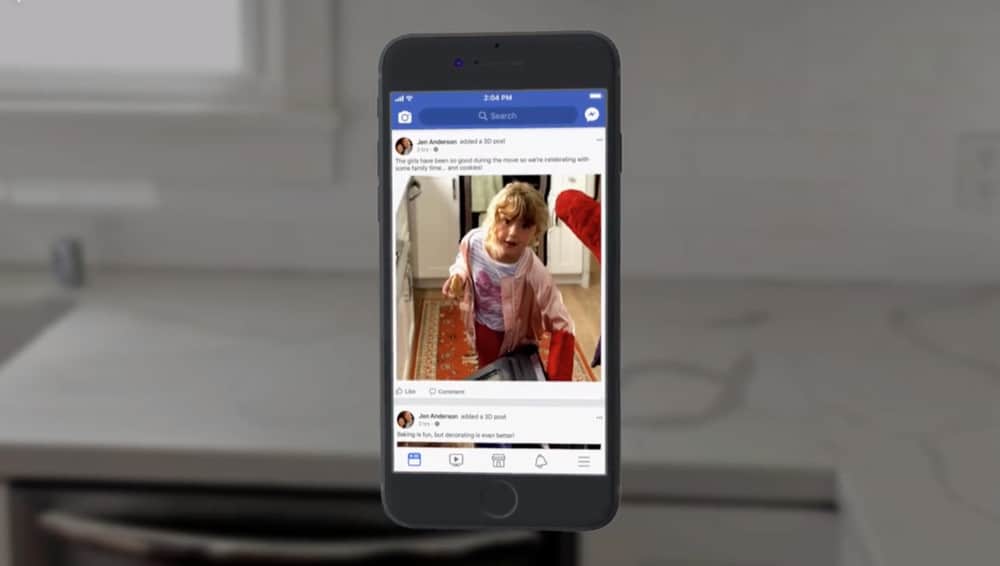