I’ve been using NordVPN since late-2017. During this time, I’ve tested a bunch of other VPNs. But I always come back to NordVPN. And the reason? Read on to find out…

The #1 reason I have stayed with NordVPN is speed. NordVPN is incredibly fast, thanks to its 6000+ servers all over the world. This makes it great for browsing the web, downloading large files, and streaming media online.

In fact, most of the time, you won’t even notice that NordVPN is running. You cannot say the same for the vast majority of VPNs out there; most will cripple your download speeds, making web browsing a painful experience.

The second is its insane attention to detail when it comes to security and encryption; NordVPN uses military-grade 256-bit AES encryption, as well as things like an Internet Kill Switch, and the entire platform is 100% no logs (this means they keep NO records of what you do on their servers) which is exactly what you want from a VPN.

Plus, NordVPN costs less than the price of a Happy Meal to run for an entire month.

But Is NordVPN Worth It?

In this respect, yes, NordVPN, with its myriad servers, ultra-fast download speeds, military-grade encryption, and extremely affordable prices, is totally worth it. For less than $3 a month, you’re getting A LOT of features and performance.

I could waffle on about the technical elements of NordVPN’s security protocols but that’d get boring really quickly.

Instead, know this: NordVPN uses the same grade of encryption protocols as the US federal government and military. 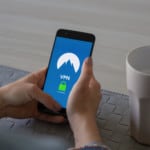 NordVPN
Verdict
I’d say that a VPN is not only worth it in the long run but is actually an essential piece of kit for anyone that values their online privacy and data. You can do a lot of things with a VPN, like access US Netflix and Hulu from the UK, but the real reason you should be using one is to protect yourself – from hackers, from the government, and from your ISP. And you can do all of this for less than $3 per month. What's not to like?
PROS
100% No-Logging Policy
Thousands of Servers Around The Globe
Best In Class Download Speeds
Military-Grade Encryption
One Account Comes With 6 Connections
CONS
More Expensive Than Other VPNs
Issues With Torrent Sites In Some Regions (Not USA or UK Though)
94
2021's Ultimate VPN
BEST DEAL RIGHT NOW
NORDVPN - 68% OFF

The measure of any good VPN is how fast it is; cheap VPNs will slow down your phone and/or computer, making browsing the web and streaming video a chore.

With NordVPN, you almost don’t notice that you’re running a VPN. There is a slight decline in speed, but it is barely noticeable. I can run NordVPN all day long, while working or just browsing the web, and I never really notice any speed issues.

If you want to keep NordVPN running at maximum speed, ensure that you’re logged onto a server in your country. This will ensure optimal speeds versus attempting to connect to a server in the US or elsewhere overseas.

When accessing things like Netflix, this isn’t possible, of course. If you want to access media or content that is native to the USA, you will have to connect to NordVPN’s servers in the US. Ditto if you’re in the US and you want to watch native UK content.

In terms of speed performance, however, whether on mobile or on my PC, NordVPN has one of the fastest connections on the market. I’ve used loads of VPNs in the last few years, but NordVPN is the quickest – and this is why I continue to use it to this day.

In my side-by-side tests, NordVPN was faster than both ExpressVPN, SurfShark, and PureVPN . I think the reason for this is down to NordVPN’s endless investment in its servers and routing technology – it is constantly updating its platform.

This means speed improvements, as well as security improvements, are always happening. You could get it today and then, six months later, get even better service. This is another big reason why I am such a big fan of NordVPN.

How To Install NordVPN

Installing NordVPN is really simple – it runs great on phones, tablets, and PCs, and Macs. To install NordVPN on Android and iPhone, go to NordVPN’s official site, set up an account, and then download the NordVPN app via the App Store or Google Play.

Once you have the app downloaded onto your phone, log in with the credentials you used to sign up for NordVPN. You will then be signed into the app and from here you can switch on the VPN and select whatever region you like.

If you want to access US Netflix from the UK, simply set your server to a location inside the United States, open Netflix, and you’ll be able to view US Netflix in the UK.

If you’re on Mac or Windows, the installation process is more or less the same. You signup for an account via NordVPN’s site and download the required application for either Windows or macOS – then just install as you would any other application.

At the time of writing, NordVPN is one of the only VPNs on the market that can still access Netflix. This means if you’re in the UK, you can use NordVPN to access the US version of Netflix.

Netflix is constantly trying to stop access via VPNs, however, so it might not work forever. But as of right now, NordVPN can and will access different regional versions of Netflix.

You can also use NordVPN to access different locations for Amazon Prime Video and Disney+ too.

You’re Not Paranoid, “They” Are Spying On You…

You might think the only reason people use VPNs is to access things like US Netflix and Hulu from the UK. Or iPlayer in the USA. But this couldn’t be farther from the truth – when it comes to VPNs, stuff like this is just the tip of the iceberg.

The internet is controlled by a few, large corporations – think Facebook and Google. And guess what their main revenue source is? You guessed it, advertising! And how do ads work? They use your data, your search history, and your cookies to build profiles about you that they can then commodify and sell on to the highest bidder.

This is a simplified version of how Google Ads and Facebook Ads work, but you get the picture – your data equals money for Google/Facebook/Microsoft and their partners. For me, this is the #1 reason why I use the Brave Browser and NordVPN; I don’t want my online activities and interests to become part of this.

And when you use a VPN, your internet activity is anonymous, your connection hidden. Your ISP cannot track you and neither can Google or the government. And because you can use VPNs on both your phone, tablet, and desktop/laptop, your free to encrypt all of your internet activities.

Want to go ultra-hardcore? Get yourself a dedicated router with a VPN setting. That way you can encrypt your ENTIRE home’s web connection right at the source. This is a bit overboard for me, personally, but I do know a few people that have done it and wouldn’t have it any other way.

Wrapping Up: Is NordVPN Worth It?

Given all of the above, I’d say that a VPN is not only worth it in the long run but is actually an essential piece of kit for anyone that values their online privacy and data. You can do a lot of things with a VPN, like access US Netflix and Hulu from the UK, but the real reason you should be using one is to protect yourself – from hackers, from the government, and from your ISP.

NordVPN, based on my testing of over 20 VPN services in the last 18 months, is the #1 VPN you can buy right now. It costs less than a McDonald’s happy meal to run per month and it will ensure ALL your data and online activity is completely secure, protecting you from hackers, exposure to unnecessary adverts, and keeping your activity hidden from your ISP and, by proxy, the government.

Choosing The Right VPN: My Recommendations For 2021

IVACY VPN – If you only use a VPN to unblock websites like Netflix, Disney+, and access things like HULU from the UK, the IVACY VPN is the one to go for – it’s cheap right now too with 87% discounts available.

PureVPN – PureVPN is a very good VPN. In 2020, PureVPN updated how it operated, adding in support for no-logging. This made it one of our favorite options. PureVPN is fast, inexpensive, and now 100% no-logs.

NordVPN – You have definitely heard of NordVPN. NordVPN spends more on marketing and advertising than any other VPN on the planet. NordVPN is fast and very secure. It is also 100% no logs. But it isn’t as cheap as IVACY or PureVPN.

My advice? IVACY VPN is the best overall package; it is very inexpensive, it is super-fast, it has great support and will run on all your devices; and, most importantly, it’ll unlock sites like Netflix, Disney Plus, HULU, and Amazon Prime Video.