What is HBO Max?

HBO Max is currently ONLY available in the US but there are plans afoot to bring it to the UK, Europe, and other parts of the world soon. As one of the newer streaming platforms on the market, you’d think HBO Max might be lacking in the content department. But it ain’t – there’s upwards of 10,000 hours’ worth of TV shows, films, and documentaries.

And because it is HBO, you get access to ALL of HBO’s current and legacy shows – stuff like The Sopranos, The Wire, Game of Thrones – as well as Warner Bros stuff, AND the additional content deals AT&T, the owner of HBO, has netted during the past couple of years. And, believe me, AT&T has snagged itself a ton of content deals, so you will not be struggling to find stuff to watch on HBO Max.

You have basically ALL of Warner Bros’ movies and subsidiary studios’ productions – this covers a lot of ground. You also have all of its TV shows as well which include classics like Friends, The Big Bang Theory, The Fresh Prince of Bel-Air, and Rick and Morty. Add in HBO’s film and movie content and you’re looking at one of the best streaming platforms on the market for sheer volume and quality.

There’s also a bunch of HBO original shows on there too, dubbed Max Originals, and there is, of course, the hugely anticipated Game of Thrones prequel, The House of The Dragon, which is due to get a release towards the end of 2022. And everything is broken up into nice, manageable hubs inside the UX. You have the following HBO Max Hubs to play with once you subscribe: HBO, DC, Sesame Workshop, TCM, Studio Ghibli, Cartoon Network, Adult Swim, CrunchyRoll, and Looney Tunes.

HBO Max does not currently support 4K content, although it is said to be coming in 2022/23. This means, unlike with Netflix, Amazon, and Disney, if you subscribe to HBO Max you’ll be stuck viewing the content in Full HD resolution – so 1080p. Is this a deal-breaker? No, but if you’ve just bought a shiny, new 4K TV it will be a bit of a letdown. What makes matters worse is that the VAST majority of the content inside HBO Max is designed to be viewed in 4K HDR. Fingers crossed AT&T sorts this out sooner rather than later.

The design and layout of the HBO Max app is really well put together. You have HBO Max Hubs which you use to move around, exploring different locales of content – from kid’s stuff to comedy and movies and TV shows. It makes finding something specific a lot easier; if you want to watch HBO stuff, you’ll find it inside the HBO hub. Looking for something funny? Try the Adult Swim hub. It’s all really straight forward and it lends a nice, curated feel to the service which you just don’t get with Netflix.

Neither Roku nor Amazon currently support HBO Max, so if you use either of these to connect services to your TV, you will not be able to use HBO Max. The company is still apparently in “talks” with Roku and Amazon about getting its streaming platform up and running. As with 4K content and availability outside the USA, we’ll just have to wait and see how this pans out.

If I were a betting man, I’d wager AT&T – the owner of HBO – will have both 4K HDR and coverage outside the US sorted for when The House of The Dragon arrives later this year. The Game of Thrones prequel will be one of the biggest TV events of the decade, so it represents a change for HBO Max to snag potentially millions of new users more or less overnight. I’m guessing work is ongoing, round the clock to sort this out.

That’s my hot-take on HBO Max and what makes it tick as well as its PROS and its CONS. But what does everybody else think about HBO Max? Let’s talk a wider look at a cross section of HBO Max reviews to get a better feel for whether or not this streaming platform is something you should be investing in during 2022 and 2023. After the reviews, we’ll do a quick recap on ALL of the above in order to properly answer the question: is HBO Max worth it?

HBO Max rockets into the streaming stratosphere with a hefty content payload – by far its most enticing quality. Boasting an impressive 10,000 hours of shows and movies, curated from a wide range of “hubs”, you won’t be hanging around waiting for new content to drop. With options to create multiple profiles, parental controls, offline downloads and the choice to watch over several screens simultaneously, it’s primed for household usage.

At $14.99 a month(opens in new tab), it’s on the costlier end of the on-demand streaming services, lapsing Netflix’s standard option by $2 (though it’s $1 cheaper than its Premium Plan).

In that regard, it’s a tad disappointing that the service has yet to include 4K HDR options like Netflix, but we’ve been told by a HBO Max spokesperson that this is set to change in the future. Likewise, the inability to stream on Roku and Amazon devices right now lets it down compared to other recent streaming service launches.

HBO Max isn’t cheap, but a wealth of content more than makes up for the expense. Whether you’re searching for exclusive movies, kid-friendly TV shows, or original series you won’t find anywhere else, HBO Max has steadily built a catalog that’s among the best in the business.

Meanwhile, HBO Max is a premium streaming service that will provide thousands of hours of entertainment for a relatively reasonable price. It’s a shame there’s no free trial for the platform, but most viewers are bound to get plenty of value out of an HBO Max subscription. Overall, we think it’s worth the ad-free $15/mo. subscription fee, especially if you don’t already have HBO through your cable provider.

If you already subscribe to HBO, using the HBO Max app instead is a no-brainer: It’s lots more content for the same monthly price.

For brand-new subscribers, HBO Max is at the pricey end of the streaming service spectrum. But if you have $15 a month to burn and want to binge Mare of Easttown, Friends, Game of Thrones or all of the Studio Ghibli movies, you’ll have plenty to choose from. And if you don’t mind a few ads — or the trade-off of losing 4K and offline downloads — the $10-a-month HBO Max with Ads plan might work well for you.

HBO Max offers a varied content library including classic HBO shows, popular movies, anime, and much more. HBO Max’s apps are also well-designed, and the ad-free tier supports offline downloads and 4K streaming (although a ton of 4K content is not yet available). We would prefer that the ad-supported tier had fewer restrictions, and both plans are relatively expensive when compared to some competitors’ offerings.

Although HBO Max is a better value than the standalone HBO Now ever was, Netflix remains our Editors’ Choice pick for on-demand video streaming services, due to its top-notch streaming features and popular originals. Hulu + Live TV and YouTube TV are our Editors’ Choice winners for live TV streaming, because of their broad channel lineups and value.

If I had to cancel all my streaming services, HBO Max would probably be the last one to go. There’s just always something great to watch. As an overall proposition, I think it’s much better value than Netflix. The new original shows are (generally speaking) better, and the archive content is unquestionably superior. I think it has a deeper and more varied library of top content than Disney Plus, although overall Disney Plus has the bigger, more buzz-worthy family franchises.

The overdue addition of 4K HDR content is welcome, but there’s still nowhere near enough of it – and it isn’t easy to find. Other than that, the app interface is smooth and well thought out. HBO Go felt like good value anyway, but the massively bolstered lineup offered by HBO Max at the same price almost feels like a no-brainer, especially with the new ad-free option for $9.99.

Is HBO Max Worth It?

Regardless of how many streaming platforms you subscribe to, HBO Max makes a compelling case for your money. It has MOUNTAINS of classic, iconic shows, movies, and plenty of stuff for kids. In this respect, it feels like a mash-up of Disney+ and Netflix with Sky Atlantic. It is pricier than some of its competition, but you do get access to literally everything inside HBO, Warner Bros, and all of the WB-affiliated studios and channels.

Initially, there were some pretty big issues with HBO Max. The most notable of which was that it did not support 4K HDR. As of right now, HBO Max does support 4K HDR content, so that caveat is no longer relevant. AT&T still hasn’t managed to sort out a wider rollout for HBO Max into the UK and Europe, which is annoying, but these things – content licensing agreements – take time.

I would expect a release date for HBO Max before the release of The House of The Dragon. If it cannot get it done by then, the TV event of the decade, then it probably isn’t worth doing anyway. Or, AT&T needs to hire better lawyers. Either way, as streaming platforms go, there isn’t much wrong with HBO Max if you’re based in the USA. It’s cheaper than cable, gets you access to all the most well-known, classic cable TV shows, and there are thousands of films to choose from too – both new and old.

What more could you want from a streaming platform!? 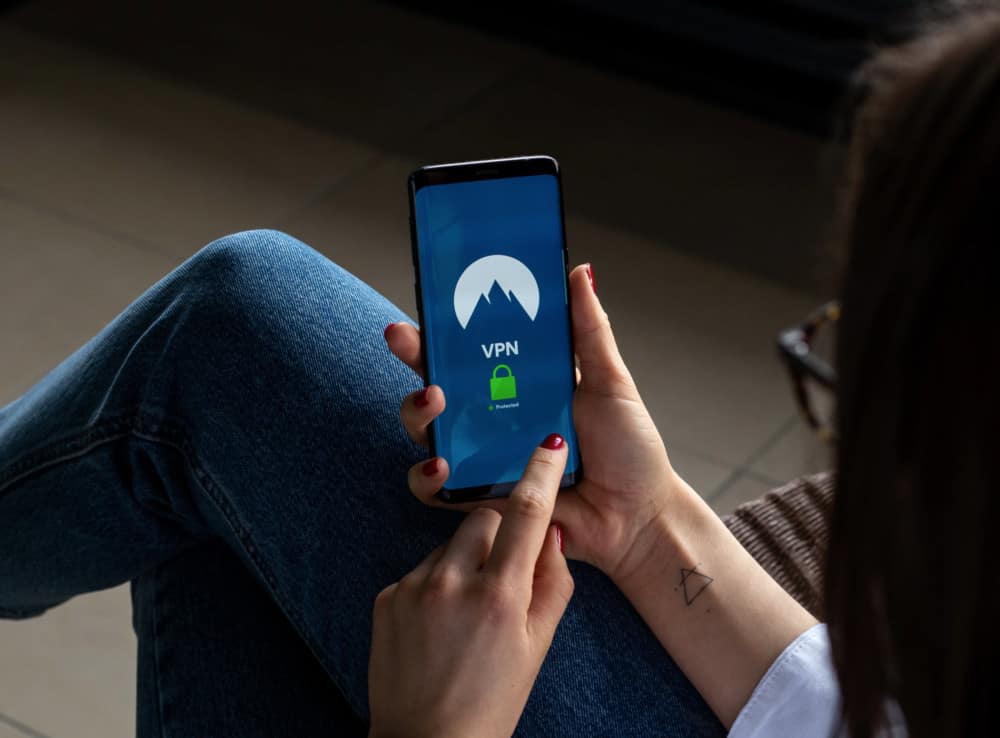 This guide will show you how to add a VPN to Samsung Galaxy A51. With a VPN, you can surf the web anonymously & unblock geo-restricted content 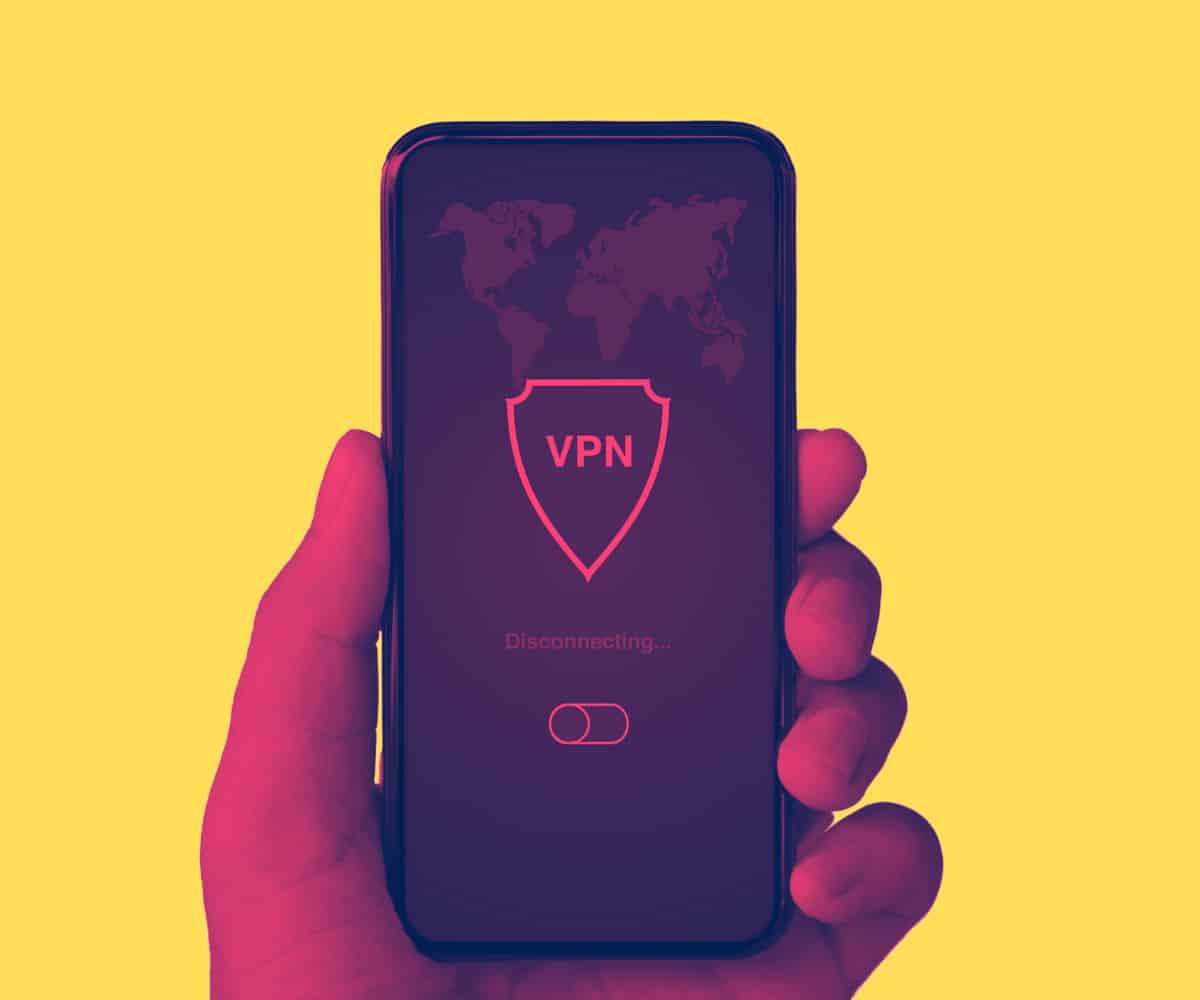