Google Pixel Buds Pro Reviews: Are They Worth A Buy?

Google’s got a brand new pair of wireless buds available to buy. But are they better than Apple’s AirPods Pro? Let’s take a look at some Google Pixel Buds Pro reviews and find out…

To say Google has a chequered history with headphones would be the understatement of the century. Its first proper wireless earbuds, the Pixel Buds, were utter garbage. Its Pixel Buds 2 were slightly better but were plagued by connectivity issues. The Pixel Buds A-Series, arguably its best headphones to date, were much improved. But all bets were off when it came to Google’s premium buds, the Google Pixel Buds Pro.

Basically, ahead of the Google Pixel Buds Pro’s release, no one knew what to expect. Google’s long-standing issues with quality control know no bounds, so there was no guarantee that its most expensive and feature-rich headphones to date would even work when you unboxed them. And in a market with brands like Bose, Apple, and Samsung, you really cannot get away with this kind of thing.

But, as you’ll see below, Google has finally redeemed itself. The Google Pixel Buds Pro aren’t just serviceable, they’re actually really very good, scoring mostly positive reviews across the board. But before we get to the reviews, let’s first take a look at what new features you’ll find inside the Google Pixel Buds Pro, as well as the specifications and things like battery life – all of which are very important when considering headphones, after all.

Google has always liked to make a big song and dance about all the fancy stuff its Pixel Buds can do. 2017’s Pixel Buds were marketed as a pair of earbuds that not only played music (albeit terribly) but could also translate multiple different languages in real-time (again, it did this terribly too). They also ran Google Assistant too, of course.

With the Pixel Buds Pro, you get things like active noise cancellation (ANC) out of the box, Google Assistant built-in, and Google’s Fast Pair for Android which allows for super-quick pairing with your phone. The Pixel Buds Pro runs Bluetooth 5 and the following Bluetooth codecs: AAC and SBC.

Again, this is fine but some additional advanced codecs would have been nice given the price tag for these earbuds.

Internally, the Pixel Buds Pro run custom 11-millimeter drivers tuned by Google’s audio team. The sound they create, while not market-leading nor as impressive as Sony’s WF-1000XM4 buds, is really rather impressive, especially since this is Google we’re talking about here – it is NOT great with this kind of thing usually. Guess The Big G finally invested in some decent audio engineers.

With ANC, it’s a similar story: the active noise cancellation is perfectly adequate but it lacks the finesse you’ll find with products from Bose and Sony. But the important thing here is that ANC is present, it works great, and there are no issues with it. Plus, Google’s Pixel Buds Pro is quite a bit cheaper than anything you’ll get from Bose and Sony too, so that’s definitely a pro for these earbuds.

And lastly, the design. Google has always been good at designing headphones, save for its first pair – they were just terrible. The Pixel Buds A-Series was great and the Pixel Buds Pro follow along in their footsteps, looking smart, futuristic, and perfectly machined. The buds themselves also fit extremely snuggly in your ear canal too, making them not only comfortable to wear but also improving the overall sound experience too.

With battery life, you’re looking at seven hours of playback with ANC activated. The Pixel Buds Pro case, however, brings with it an additional 20 hours’ worth of charge. If you run out of juice mid-way through the day, a quick five-minute blast in the charging case is enough to add in a couple of hours of listening time.

Is this any good? Well, it’s better than Apple’s AirPods Pro – they’ll only do five hours with ANC. But, again, it falls short of Sony’s superior WF-1000XM4 buds which will do eight hours of playback with ANC activated. Still, this is an impressive accomplishment for Google. Apple’s AirPods Pro are, arguably, its closest rival, so beating them in the battery department is yet another solid pro for these headphones.

The Pixel Buds Pro are Google’s best set of earbuds yet. They’ve shed the connectivity flaws that sank the second-gen model while adding respectable active noise cancellation, longer battery life, and superior sound. And the inclusion of multipoint makes them genuinely more useful day to day. Like any pricey earbuds, you’ll want to try them on for yourself to get a feel for the fit. But assuming the new, bulkier design jibes with your ears, Google finally has a full-featured, flagship pair of earbuds that Pixel fans can enjoy without any back-of-mind reservations or second thoughts — just as it ought to be for $200.

They are comfortable, sound great and have solid noise cancelling, and the battery lasts a good seven hours. The controls are excellent, as is the pocketable case. They have useful features such as multipoint connectivity for more than one device at a time and good call quality.

While some flashier features are limited to Android – I wouldn’t recommend buying them if you didn’t primarily use an Android phone – the basics work just as well with PCs and iPhones if you have a mix of devices.

They are beaten on sound quality and noise cancelling by the very best, but for everyday earbuds, the Pixel Buds Pro are great and undercut top rivals on price, too.

And the positive side of our Google Pixels Buds Pro review is that for noise cancellation and transparency profiles, we think they’re worth it. The on-device touch-controls work well and the in-app user experience (the bulk of our testing is done using a Google Pixel 6 Pro smartphone – please note that there’s no iOS app, iPhone users) is truly enjoyable too.

The flies in the ointment for us concern none of these admirable features. Our issues are about far more basic requests. We like earbuds that fit securely and sound good, and here there are notable problems with the Google Pixel Buds Pro. Look at your thumb, from nail to knuckle. Now, imagine trying to put this into your ear vertically. That’s the level of fit we found here, and despite Google telling us they fit very securely indeed, we beg to differ – although of course, other users may feel differently with their ear shape.

Every product category has multiple “winners.” In Android smartphones, you can go to Pixels for the software or the camera. You can go to OnePlus – or could, depending on how you feel about the brand’s recent trajectory – for raw performance. Or, you could just go to Samsung for the best of both worlds. A crowd-pleaser, so to speak.

That’s what I feel the Pixel Buds Pro are, a crowd-pleaser.

The sound quality is just good. It won’t blow anyone away, but it also can’t be considered bad. The features are solid, and they work everywhere. And the hardware is excellent in almost every regard. The only place these earbuds stand above the crowd is with battery life. That’s an aspect that a lot of people will turn to the Buds Pro for specifically, and they’ll be quite happy with the results. But in every other regard, these mostly fall in the middle of the pack.

More than any other pair of earbuds, these are genuinely the AirPods of Android.

The Pixel Buds Pro don’t have any of those problems. An excellent transparency mode lets you hear the outside world on demand (rather than at all times), and significantly beefier batteries mean you should be able to wear them just about all day. Connectivity woes have been ironed out, too. It’s a shame for audiophile types the Buds Pro don’t support high-bitrate codecs like LDAC, but SBC and AAC are perfectly capable of handling Spotify streams and YouTube videos.

It took a few tries, but Google finally got it right. If you’ve got $200 to drop on a pair of wireless earbuds and use an Android phone (the Pixel Buds app isn’t available on iOS), the Pixel Buds Pro are an excellent choice.

Much like AirPods with iPhones, the Pixel Buds Pro are the best choice of wireless earbuds if you have a Pixel phone, but I also recommend them over the Galaxy Buds Pro, which have annoying touch controls in comparison.

The Buds Pro have the best touch controls of any earbuds on the market, superb bass and treble response, a snug fit, solid ANC, and very good battery life. Add to that the tight Google integration of Assistant and you’ve got Google’s best buds yet at a price that should be attractive to any Android customer.

Are The Google Pixel Buds Pro Worth It?

If you’re looking for a pair of great-sounding ANC earbuds that come with a raft of nifty features like Fast Pairing and Google Assistant, as well as a cool design and a reasonable price tag, it is hard not to like what Google has done with its Pixel Buds Pro headphones. They’re priced right, they sound decent, and they have IPX4 water resistance.

Add in good battery life, solid design, and excellent battery life and I’d argue that Google’s Pixel Buds Pro – for the price point – is very much worth a buy in 2022. Even more so if you run an Android phone. If you’re an iPhone user, I’d give them a miss and pick up a pair of Apple’s AirPods Pro for the best overall seamless integration or, if you want the best of the best in all regards, Sony’s WF-1000XM4 buds. 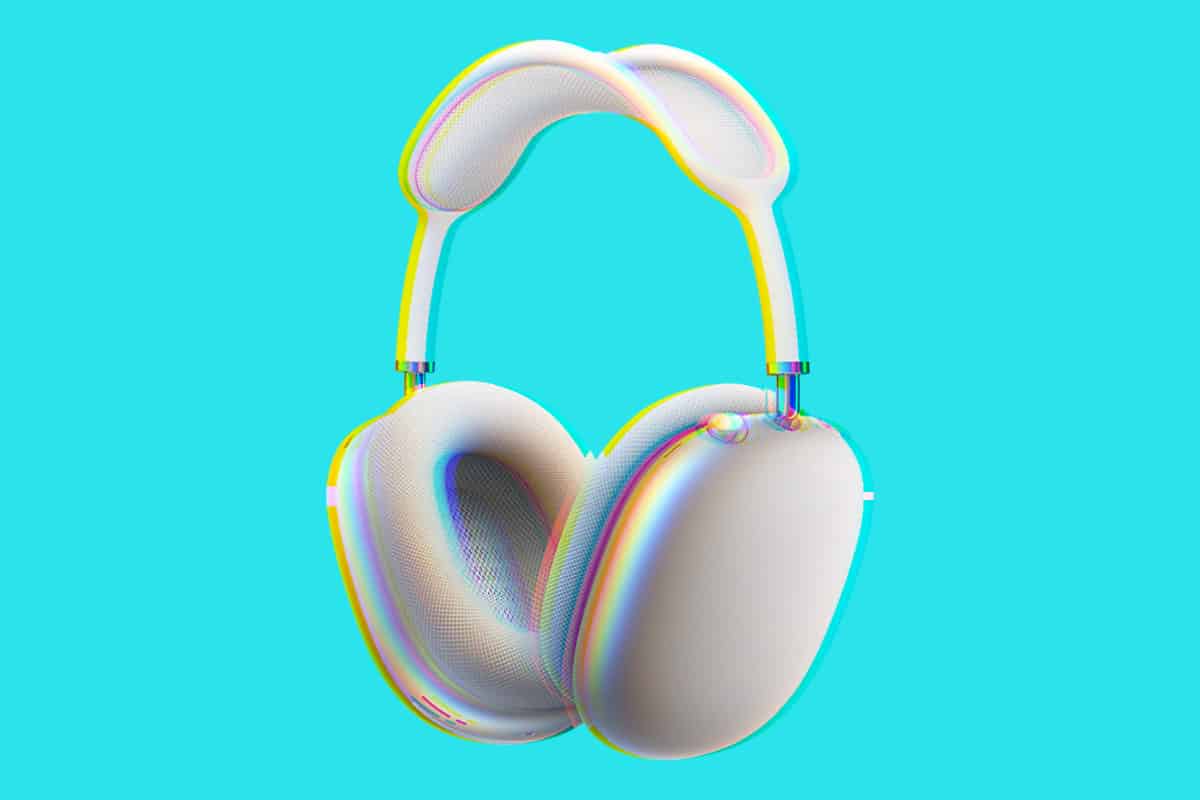