We take a look at some of the Best GoPro Alternatives, so if you’re looking for cheaper 4K Action Cameras, read on for our #1 picks for right now…

Prices and images pulled from the Amazon Product Advertising API on:

Detailed Overview of The Best GoPro Alternatives Money Can Buy 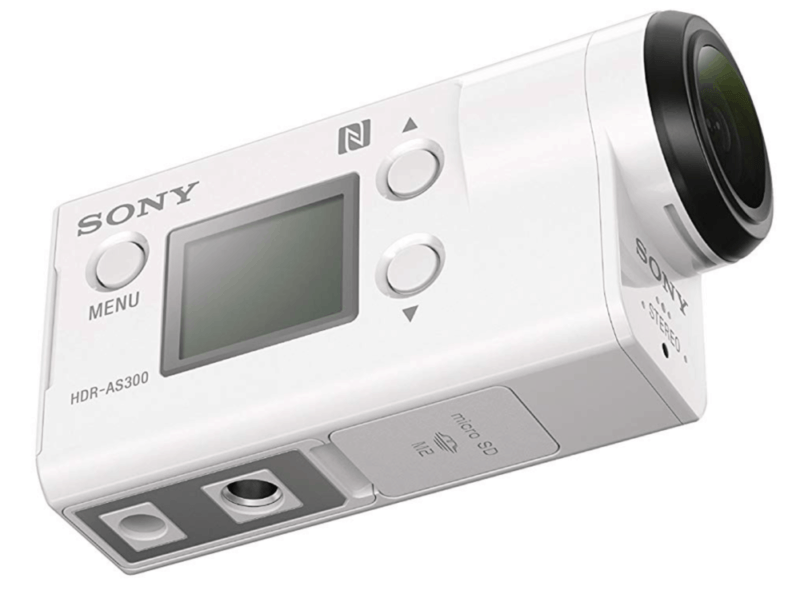 Image stabilization? Check. 4K? Check. Full HD with ZEISS lens and Exmor R CMOS sensor? Check. The Sony HDRAS300 Action Cam is an absolute MONSTER. Not only is it 100% water-proof, but it is also one of the best action cameras on the market right now.

The HDRAS300 wipes the floor with ALL of GoPro’s cameras. Even the most expensive options. And the reason for this is simple: it uses better-quality imaging technology, 3x zoom, it supports 8.3MP for still images and 4K for time-lapse videos, as well as all the connectivity you’ll ever need.

The Sony HDRAS300 is pricey at $298, but it worth every single penny – especially when compared to GoPro’s range of action cameras. 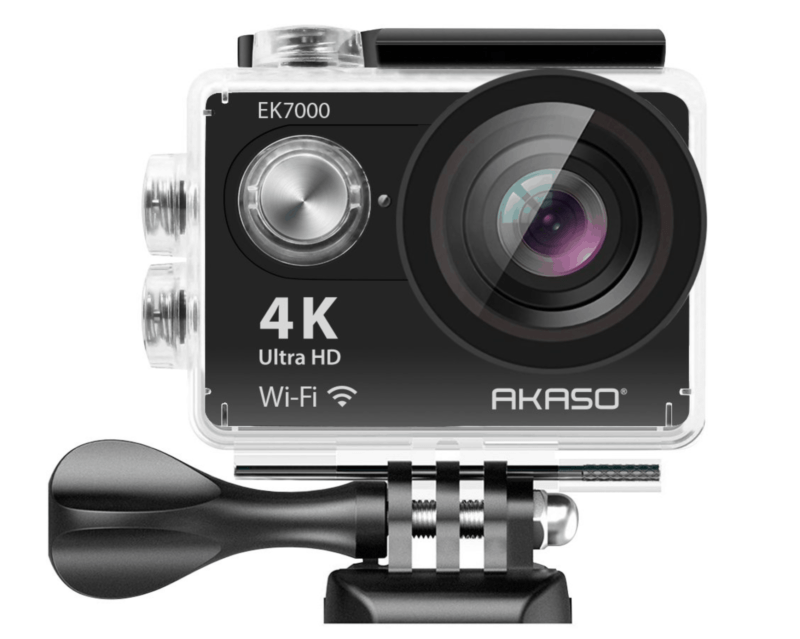 This makes it one of the most competent and impressive action cams on this list – even when compared to an actual GoPro camera.

I mean, just check out these specs and features:

Click here to see just how many good reviews the EK7000 has received over at Amazon. 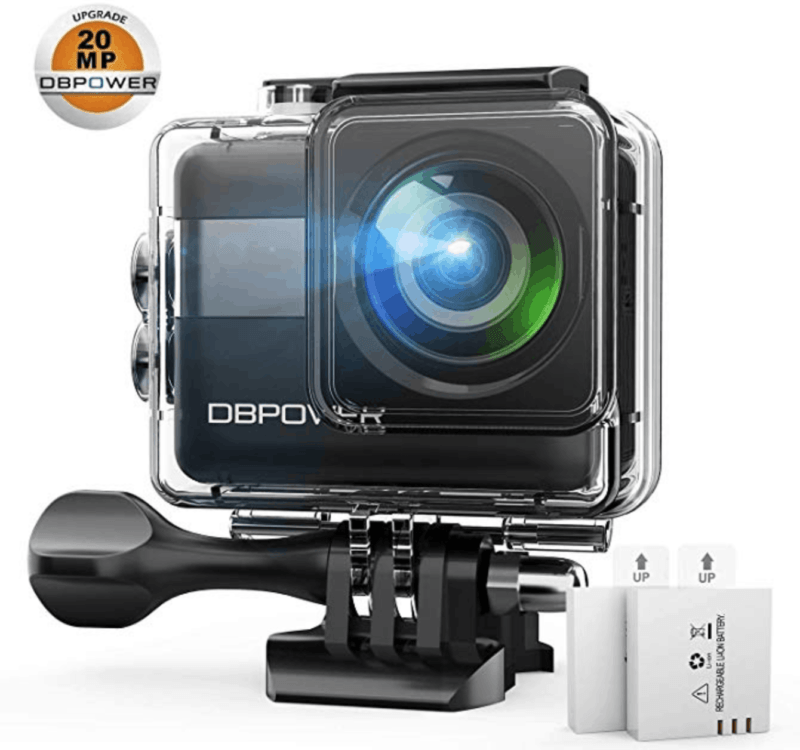 The DBPOWER EX5000 contains a 14MP Panasonic CMOS Sensor with 170° wide angle lens that lets you shoot in 1080P FHD video. The camera features built-in antismoking technology–great for those who are wearing this camera on a helmet while biking or surfing. On the back you’ll find a great 2in display so you can view your recorded footage right on the device. And yep, it’s got built-in Wi-Fi for easy streaming and transfers. 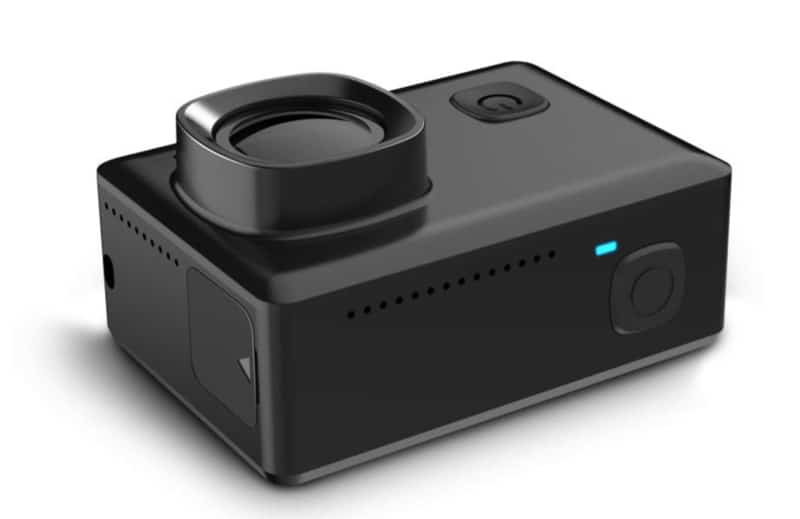 If you’re after 4K video-recording abilities, complete with Electronic Image Stabilization, then the Victure 4K Action Camera is one of the cheapest and best options around right now.

You can use Victure 4K Action Camera up to 40m under water which makes this an ideal choice for anyone that surfs or enjoys water sports such as diving and/or kayaking.

It also comes with a very impressive detachable microphone, so if you want to shoot YouTube videos in 4K quality with solid audio, again, the Victure 4K Action Camera comes highly recommended. 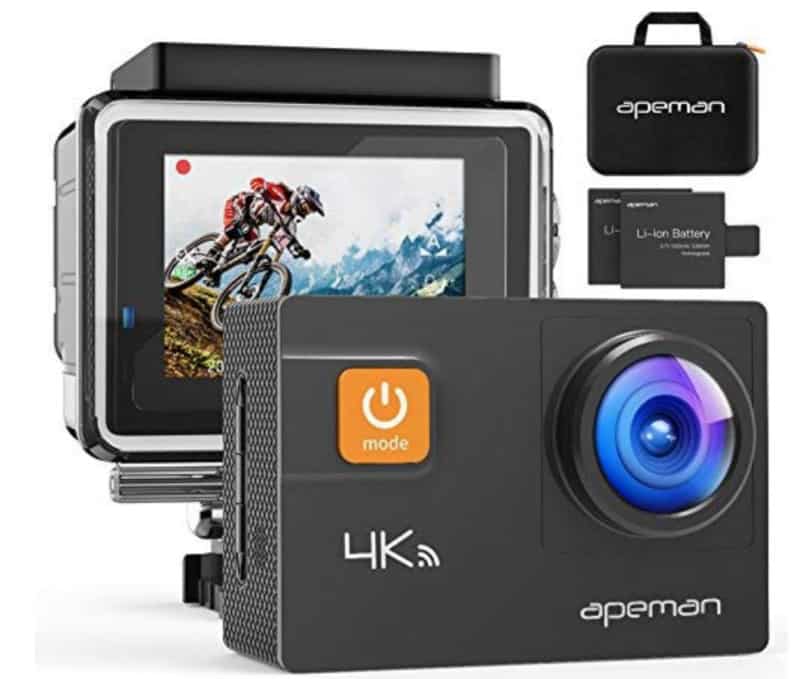 Besides having an awesome name, the APEMAN features a 1080P 30FPS camera that lets you take fluent and clear videos and a 14MP still photo sensor. The 170° ultra wide angle lens lets you shoot whatever scenes you desire and the 2in LCD screen, HDMI output, and built-in Wi-Fi let you view your footage any way you want. And yep, it comes with a waterproof case that is submergible up to 30 meters below sea level. 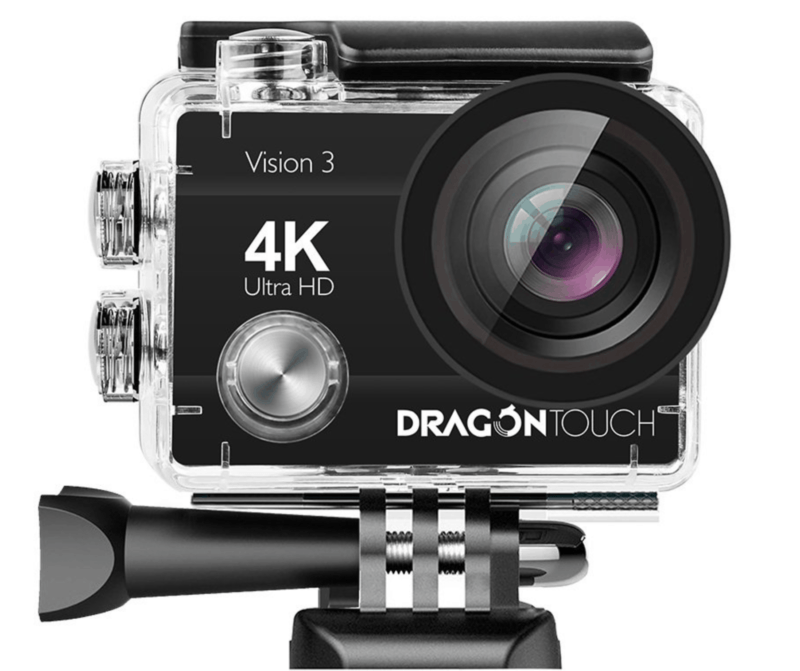 It’s also 100% waterproof, up to 100 feet, has a gorgeous 2in display for watching your content on and reviewing captured images. It also supports App XDV, so you can instantly share your captured footage with your phone or tablet for on-the-fly editing.

And if that wasn’t enough, the Dragon Touch 4K Action Camera even comes with a wireless wrist remote control that can be used to initiate recordings while you’re on the move. The battery in this thing is also very decent too; it’s a 1050mAh cell (and you get two spares!). 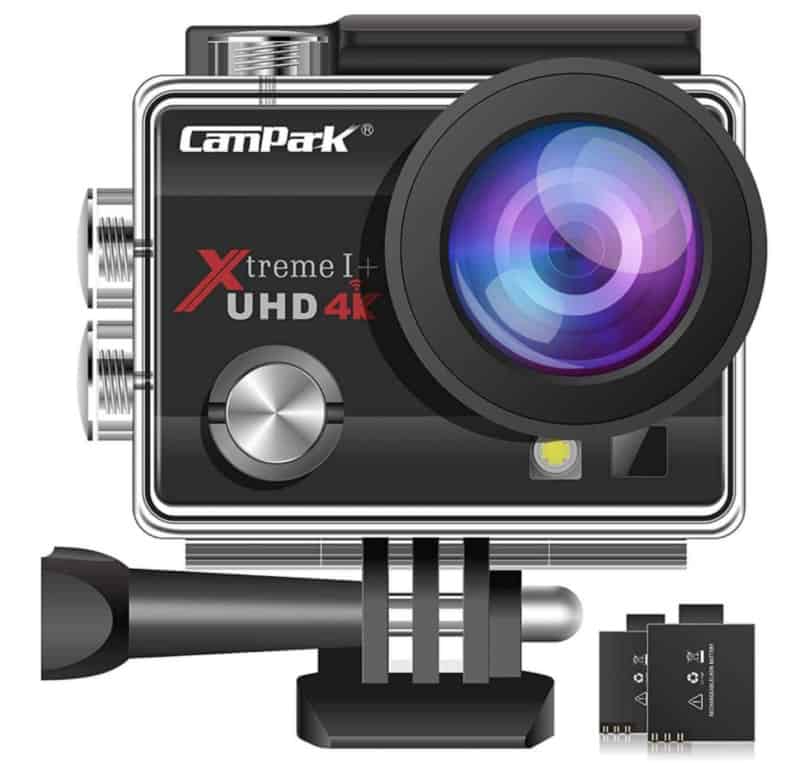 Like all the Action Cameras on this list, the AKASO EK7000 4K packs in A LOT of functionality for a very small price tag – it retails for just $59.99.

The AKASO EK7000 4K will shot 4K video, capture 12MP images, it has built in Wi-Fi and HDMI ports, and it comes with a wireless wrist remote control for starting and stopping recordings while you’re on the move. 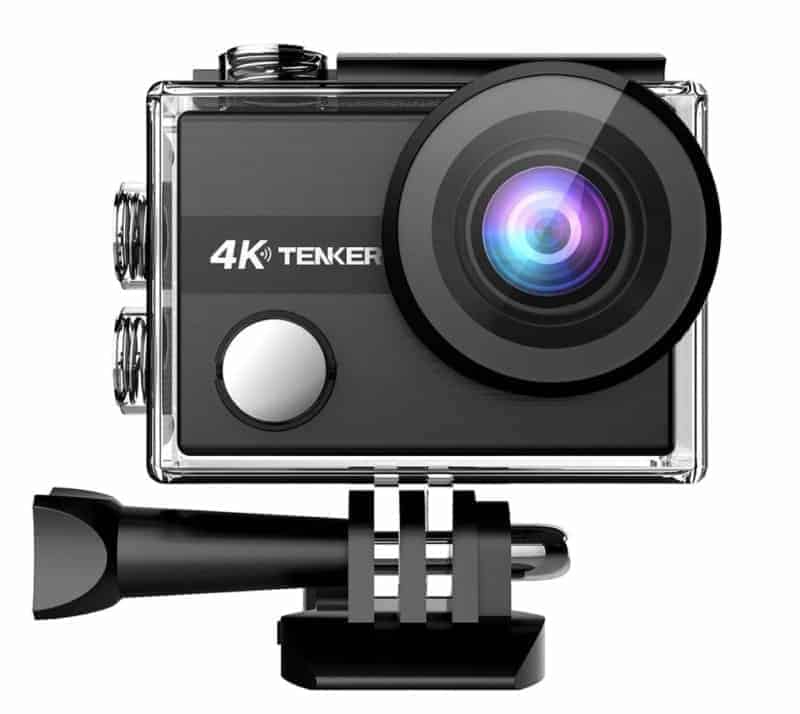 It comes with 2x 1050mAh batteries, so you’ll never run into batteries problems, as they’re both rechargeable. Each cell will net you 90+ minutes of filming and the wireless writs remote control is perfect for starting and stopping your recordings remotely.

The TENKER 4K Action Camera also packs in Wi-Fi and is fully compatible with iPhone and Android, so you can quickly edit your images and video content on the move. Oh, and it’s fully IP68 Certified, meaning it can handles depths of around 30 feet.

Why Go With A Cheaper GoPro Alternative?

Not so long ago, there was no such thing as an “Action Camera”; that is, a small, rugged, portable camera designed to be strapped to a person in order to film strenuous or dangerous things like extreme sports.

But then, out of the blue, GoPro came along, and everything changed. Like Hoover, Jacuzzi, and Tupperware, the GoPro brand name has become synonymous with the device that it helped popularise, and subsequently most major electronics firms have scrambled to get on board the gravy train of this popular type of durable camera.

But like a lot of things in this world – you always pay more for brand. Apple’s iPhones are always more expensive than their Android counterparts because the “Apple Brand” is premium and Apple can get away with it.

This doesn’t mean iPhones are better than Android phones (spoiler alert: they REALLY aren’t) but it does mean you will pay a premium to do things on an iPhone. This is just the way things are.

It’s similar with GoPro cameras; they’re the most well known and trusted brand in the action cam space, so, theoretically, it can dictate the price. GoPro knows people will buy its product and it knows they will be a little extra for the “GoPro” brand.

The GoPro Hero7, for instance, retails for $359 and features a raft of improvements over its predecessor. You can capture 4K video, for instance, and it is also waterproof. The Hero7 will shoot 1080p video at 120fps and 720p at 240fps; the camera will capture images with its 12MP sensor and the battery life is around 2-3 hours, depending on usage.

Now, this new GoPro is very decent but, if you’re just getting started with action cams, you don’t need to go spending a fortune right off the bat. That’d be like buying the most expensive Canon DSLR the moment you decide to do more photography. Plus, nearly ALL of the GoPro Alternatives listed about can do pretty much everything the GoPro Hero7 can – they’re just hundreds of dollars cheaper…

This is why we put together this list in the first place – to show you that there is another way! We highlighted all of our favorite GoPro Alternatives here because we know a lot of people care more about value for money than brand names. And when you check out the reviews for these GoPro Alternatives and how low their prices are, you’ll probably never even look at a GoPro again in the same way!

Ever wonder what the best apps for running are? We know we have. The problem...

From its launch in 2011 aboard the iPhone 4s, Siri has evolved massively. In this...

Apple’s iPhone 7 is still a popular handset among iPhone users. And it still draws...

Bixby Explained: What It Is & Why It Deserves Your...

Samsung’s Siri and Google Assistant alternative is called Bixby, it ships on some Samsung phones,...