If you have a modern smartphone, you can shoot professional-looking videos. You just need to get some decent post-production tools to polish them up properly. Here’s what you need to know…

Believe it or not, you don’t need a thousand-dollar camera to create good videos. Your phone is capable of shooting and editing high-quality mobile video.

Especially if you’re using something like the iPhone 11 Pro, Samsung Galaxy S21 Ultra, or Google Pixel 5.

With the right tools, your smartphone can become a portable post-production powerhouse.

This means you are no longer required to pay for a dedicated studio space full of expensive equipment.

In this post, we’ll explain exactly how you can use your phone to capture great footage and turn it into stellar videos.

High-Quality Video is a Few Taps Away

Your productions never have to leave your phone. High-end post-production tools can be added later. But it all starts with the high-quality video you capture on your smartphone.

In their article about the best camera for YouTube, Soundstripe covers a few recommendations from the Ingamells Brothers, who run a production company and a successful YouTube channel.

And yes, some of the options are expensive, but they also mention the value of recording with your phone.

Here are some select highlights of shooting on your phone:

Edit It On The Go

In 2021 various apps can help you make high-quality productions possible without having to leave your phone.

You can take your mobile video from the raw look of found footage to a polished premium edit. You just need the right post-production tools, like a non-linear editor, or NLE for short.

NLEs used to be just in the realm of desktops, but thanks to advancements in processing power and memory available in today’s smartphones you can edit anywhere.

While there are many apps to choose from, you need to focus on which post-production tools that best suit your mobile video needs.

Below are a few recommendations to help you produce high-end videos on the fly for a quick turnaround.

iPhone users, please do not simply dismiss this handy app for something more flashy and expensive. iMovie is designed for the mobile video editor on the move. It is an intuitive program that can handle a fair amount of footage and it excels at quickly cutting clips together.

You can record at 4k resolution at 24, 30, and 60fps. iMovie can also change the color temperature, increase the contrast, and add text. To round out the feature set, you can also fade to or from black, record audio, and even mix in pre-recorded tracks.

KineMaster has made its name by being able to add in effects or even altering the entire video and audio while they are still being recorded from their library of prerendered assets.

You can add in layers after layer of videos, sounds, images and you can even write or draw directly onto a video image.

Chroma keying, along with brightness and saturation controls, can give your videos a slightly distinctive to even trippy look if you choose to be so bold.

KineMaster also can edit various clips and associated layers frame by frame so you can fine-tune your perfect mobile video.

This app has been embraced by many mobile journalists, videographers, and producers who need to shoot, edit and upload content quickly.

Developed by the creators of Studio Pinnacle, this tool has a fine pedigree. The interface resembles Final Cut Pro X, thanks to a magnetic timeline, so Mac users will feel right at home.

The magnetic timeline allows you to maintain clip connection and sync by moving any other clips that may interfere out of the way.

This means clips will not be lost by being overwritten, Also any connected clips will all move with the one you have selected.

You have six tracks for audio or video in which you can layer on photos, graphics, and titles as well.

While not as robust as its desktop-centric siblings such as Premiere Pro, After Effects, and Audition, Premiere Rush is designed with the mobile video content creator in mind.

It will instantly choose the appropriate aspect ratio and required video quality for each platform you chose to upload. Live audio recording and mixing in of sound bites, voice-overs or music are also available within the app.

For those of you starting on Adobe Premiere Rush, and who want to dig deeper than the app’s provided starting guide, YouTuber Justin Brown has a great, albeit long, tutorial on his channel.

Here are the basics he covers if you want to skip ahead:

If you own or have convenient access to a high-end desktop studio environment, Adobe Premiere Rush does have the ability to interact with its aforementioned siblings via Adobe Creative Cloud.

These other advanced post-production tools are a great way to take your already high-quality videos to the next level.

By remaining in the same ecosystem, via the cloud, you can start on your phone, switch to the desktop when needed, and conveniently perform last-minute quick edits on your phone before uploading to various social media platforms.

Videos without music tracks are like cereal without milk, sure you can enjoy it, but isn’t there something missing?

Your audience expects to hear some good background music, but do you know where to find music that will not risk you being sued for copyright infringement?

No worries. There’s a great resource on this blog explaining the pitfalls of assuming your use of copyrighted music for commercial use (or even non-commercial use) is not the best idea.

Here are the broad strokes:

Also, very few people back then thought of 4K resolution on today’s smartphones as even a possibility.

Technology marches ever onward and it’s the smart producer who utilizes all of their tools to create the most high-quality mobile videos for today’s marketplace.

And best of all, you can do all of the above with a sub-£300 Android phone. Madness! 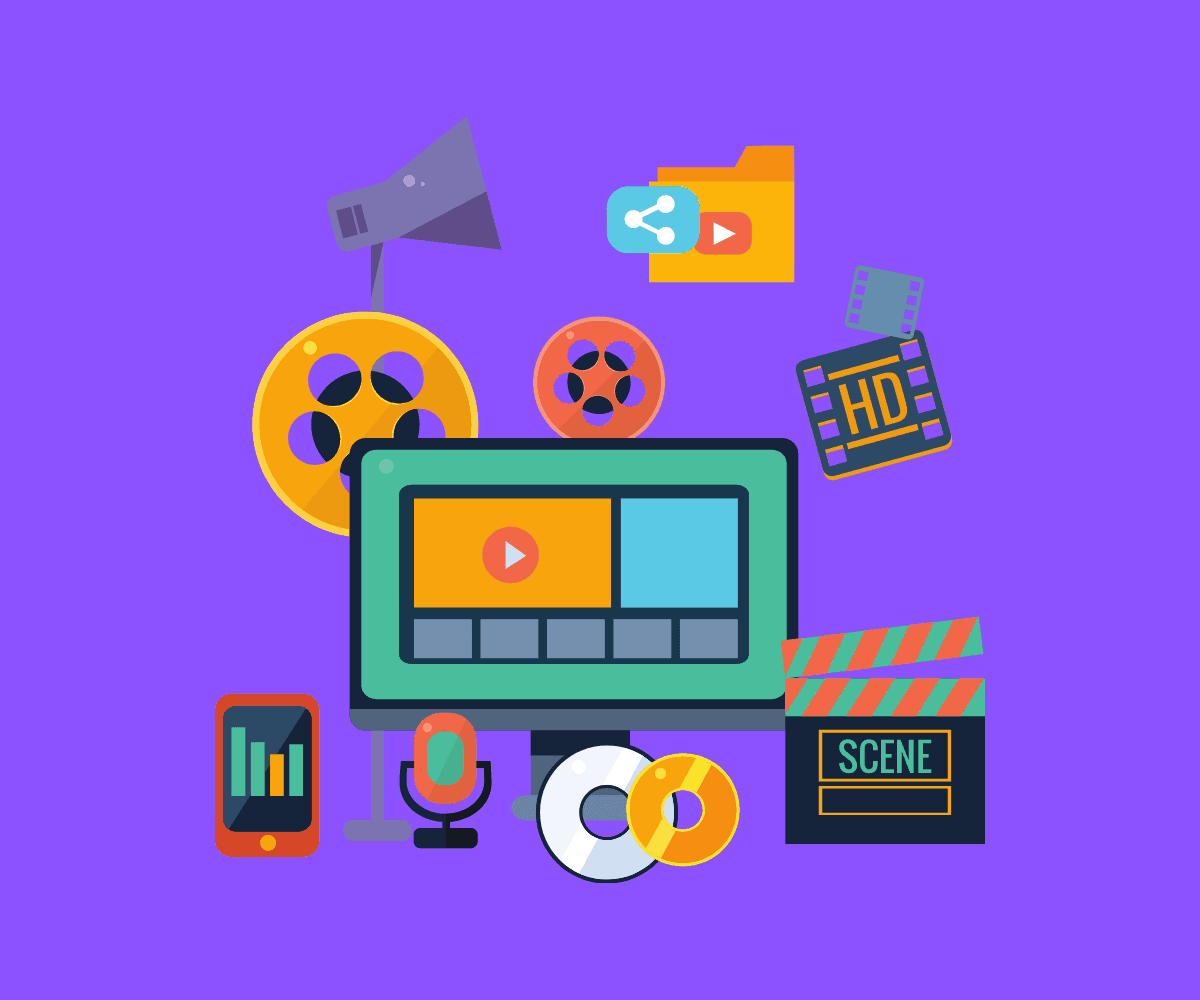