Time to say goodbye to the pill in iPhones? Here’s everything you need to know.

This report comes from the Korean publication The Elec, which suggests that Apple will use Dynamic Island on all iPhone 15 models. Industry experts previously expected that under-display Face ID would debut with iPhone 15 Pro, but it seems that will not be possible now.

It is also suggested that the next evolution of Dynamic Island is a single punch hole for the camera, like most Android phones.

All these modules will be moved under the display, and the camera, which is not a part of the Face ID system, will remain at the top inside the punch hole.

Why Not Move The Camera Also Under Display?

While under-display cameras seem like the ultimate goal for smartphone displays, it’s still not ideal, at least in the current state.

Samsung introduced an under-display camera with the Samsung Galaxy Z Fold 3 and later in Z Fold 4. While the display looks epic with its no punch hole, no notch approach, the images taken with these cameras have been less than ideal.

It has also been the case with the other under-display camera smartphones from ZTE.

It is an inherent limitation of the technology that the under-display cameras won’t be able to produce as good as images from a standard selfie camera. Samsung can afford to experiment with UDC on its Fold series of smartphones, but Apple cannot. Apple usually lags behind its Android counterparts in incorporating new technology into its products.

The report from The Elec also says that the next step after moving Face ID underneath the display; is moving the camera under the display. If punch hole display comes to iPhones with iPhone 16 Pro, it should take until iPhone 18 Pro or iPhone 19 Pro for an under-display camera.

A Major Design Change For iPhones?

iPhones have remained more or the same in terms of design from the front from iPhone X. The notch remained a staple of iPhones until we were introduced to Dynamic Island in the iPhone 14 Pro series.

With iPhone 15 series, it is reported that Dynamic Island is coming to all the models, not just the Pro models.

If this new report is accurate, iPhone 15 Pro models will feature a punch hole for the selfie camera, while the non-Pro models will remain with pill-shaped cutouts.

According to the reputed display analyst Ross Young, all iPhone 17 models could feature under-display Face ID.

While the roadmap looks promising, it will be interesting to see if Apple can make the under-display Face ID ready for the iPhone 16 Pro series. 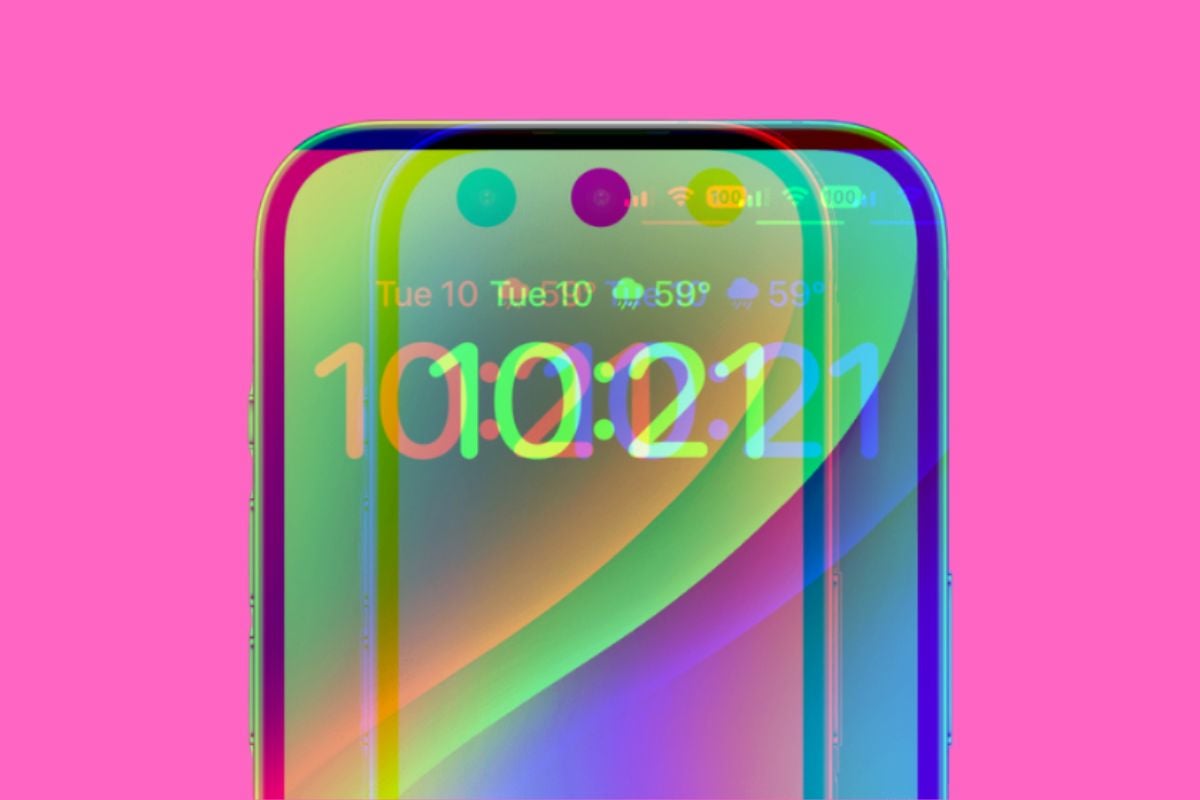