The BlackBerry Pearl was an extremely popular phone in its time. Even today, it still generates plenty of web searches. Let’s take a look at what made it so popular…

Back in 2006, the phone industry looked a lot different. Apple hadn’t entered the fray with its iPhone. Google had not yet acquired Android. It was a time when brands like Nokia, Palm, and BlackBerry ruled the roost, and the most advanced things phones could do was web browsing and push email.

The phones during this era were not smartphones in the traditional sense of the word but they did pack in all the capabilities professionals needed to work on the move – stuff like email and messaging. But things moved slower back then. Google was only six years old at this point.

Real-time collaborative working, cloud computing, remote working – these were all a decade down the line. In 2006, you had email and text and, if you were lucky, a camera on the back of your phone. There was no 3G and no fast mobile data. Just WAP, and it was painfully slow.

The original BlackBerry Pearl was released on September 12, 2006. It was the first BlackBerry phone to ship with a camera and a media player. Dubbed “the fun BlackBerry”, it spawned eight generations in total and was one of the first RIM phones to be marketed at both business users and consumers.

At this point, BlackBerry was fast becoming the biggest tech company on the planet, a title it would officially claim in 2009. This era saw BlackBerry innovating away from its full QWERTY keyboard to a more compact, modern physical keyboard set in a 4-row x 5-column keypad which leveraged the company’s SureType software.

SureType is a QWERTY-based character input method for cell phones which is used on the BlackBerry Pearl. SureType combines a traditional telephone keypad with a QWERTY-based keyboard to create a non-standard way to input text on a cell phone.

In addition, SureType contains a list of 35,000 English words, so when a user types the beginning of a word, all the possible words which start with those letters show up on the screen. Additional words can also be added to the word list.

This was a big change for BlackBerry. Nearly all of its previous releases had used a full QWERTY keyboard, so the move to this new, more modern keyboard was jarring for some. But the gamble paid off, RIM marketed a svelter device, and people got used to the new way of typing on their BlackBerry phones.

Prior to the release of the BlackBerry Pearl, trends have moved backwards towards larger and larger phones. This was done in order to accommodate flashier, new functions and features like WAP and email, and the larger batteries required to power them.

The BlackBerry Pearl was different, though; it was extremely small compared to BlackBerry’s previous releases as well as most of its peers. It featured innovative new technology, RIM’s SureType Intelligent predictive typing software, for one, and a battery life that could last around 15 days on standby.

It joined the market competing with a raft of Nokia phones, then powered by its Symbian OS, Microsoft’s last successful mobile operation system, Windows Mobile, and, of course, Palm’s line of phones, the smartest of the bunch at the time.

Even then, though, RIM was a stickler for function over frivolity; it designed its phones with security and work in mind. Fun was never part of the equation.

The Pearl was no exception. It lacked many of the features and abilities you’d find on Palm or Windows Phones of this era. But RIM did see fit to add in Bluetooth and a camera, as well as a web browser and a built-in media player that supported MP3 files and popular video formats.

These are minor quibbles, but ones that hint at the device’s heritage as a quirky business device, not one designed from the ground up for mass consumer usage.

But RIM did borrow rather heavily from the design of Apple’s iPod for one aspect of the Pearl’s design, however, illustrating even back then Apple’s ability to develop and set trends. BlackBerry execs, like everybody else, had no idea that in just a few short years, it would be Apple – and Google – that would effectively kill off its entire phone business.

Most BlackBerry phones prior to the Pearl used a thumb wheel to navigate the phone’s settings and menus. But the Pearl, in a blatant nod to Apple’s already iconic iPod, switched this out in favour of a scroll-wheel which was placed in the centre of the keyboard and featured a white centre button, hence the name “pearl”.

It didn’t really behave much like the iPod’s scroll wheel, however, much to the dismay of many users. I guess RIM didn’t fancy a lawsuit from Apple. Rather than working like a simple scroll-wheel, RIM’s version was more like a trackball, whereby you stroke along the top of it in the direction you want to go – stroke left to move left, right to move right, and so on.

I was unable to find any obvious way to scroll in a given direction continually; you have to keep stroking. This is especially bad in the browser, because the way many Web sites (like CNN.com and AccuWeather.com) render by default, you end up with a lot of material to scroll through to get to the real meat of the page. AccuWeather took dozens of downstrokes on the wheel until I got past what would have been side menus on a normally rendered page.

Here, again, BlackBerry hadn’t thought out who or what the Pearl would be used for. It wanted it to be a consumer phone but it didn’t realise that consumers, and the web in general, were in a state of flux. I was at university during this time and, as Apple’s iPod became more and more popular, I remember all too well the pains of accessing and reading web posts on my phone.

The First BlackBerry Phone With A Camera

Part of the BlackBerry Pearl’s initial consumer allure was that, like many Nokia phones of the time, it shipped with a camera, so you could snap pictures using your phone – still very much a novelty in 2006 – and then view them on its screen.

Now, the camera tech back in 2006 wasn’t anything to write home about. You had a 1.3MP sensor on the back of the BlackBerry Pearl which supported 5x digital zoom and a self-portrait mirror. But, as many reviewers pointed out at the time, its performance wasn’t exactly great.

But at least it had one. That was the point. RIM wanted to show its peers – Nokia, Palm, and Microsoft – that it too could produce a good-looking, feature-packed phone that could not only take pictures and allow its user to watch videos and listen to music but also do all the core RIM stuff people demanded from their BlackBerry phones.

BlackBerry Bet Its Business on Email

Back in 2006, social media was still very much in its infancy. Ditto the mobile web. But RIM remained steadfast in its focus on email. The popularity of email has not waned since 2006 – upwards of 81% of all business users claim it is still their main means of communication.

But what RIM failed to anticipate was the rise of social media networks, their collective effect on how people communicated, and, of course, the changes that touchscreen phones – both iPhone and Android-based – would bring to the consumer market.

Similarly, the Pearl’s new keyboard, at least for old-guard users, was described as being too much, too soon. It required that you effectively relearn how to type, whereas Apple’s iPhone placed a simple-to-use touchscreen QWERTY keyboard right under your fingertips that, importantly, got out of the way when you weren’t using it.

RIM’s SureType attempted to make the new keyboard more palatable but it still didn’t get around the fact that the keyboard had been completely redesigned from the ground up. And that, of course, required users to completely reprogram their muscle memory, after years of honing on RIM’s full QWERTY keyboard.

Was The BlackBerry Pearl a Success?

Any phone that runs eight generations has to be considered a success. Indeed, looking back at the top five cellphones by sales volume from 2009 shows that the Pearl is placed fourth.

Not bad, right? Not at all. But what’s even more impressive is that three of the top five selling cell phones were all made by RIM, with the only exception being Apple’s iPhone 3G and the T-Mobile G1 – AKA the first proper Android phone.

From the release of the original BlackBerry Pearl in 2006, there were eight updates overall to the platform. Here’s a list of all the BlackBerry Pearl models released between 2006 and 2010:

When the Pearl series was finally cancelled by RIM in 2010, both Google and Apple were carving up the mobile space with their new operating systems. Apple’s iPhone was making huge inroads not only into the pockets of consumers but also business users, as BYOD culture increased at companies large and small.

RIM was still a big deal in 2010 but to many in the industry, it was becoming incredibly obvious that RIM didn’t have a coherent plan to counter the rise of Android and iOS. Apple and Google’s phones could do what RIM’s phones could do, and so much more besides. They had apps, games, and useful web browsers.

Once developers got started with iOS and Android, the game was up for RIM. Apple and Google’s vision for cell phones, that they should be fun, have touchscreens, and run games and apps, won out, while RIM’s focus on email and security, while perfectly logical at the time, began to sound a little old-fashioned.

Shortly after 2008, RIM’s market share fell off a cliff, dropping from controlling 43% of the market to less than 20%. From 2011, its market share began to shrink more and more, and it never managed to recover. Attempts were made to make BlackBerry cool again, but none worked. RIM’s phones just didn’t have the same, broad appeal as the new generation of smartphones from Apple, HTC, Samsung, and Motorola.

Ultimately, the story of BlackBerry is one of failing to keep up with how people interact with a new and rapidly changing technology. It bears many parallels to the decline of email usage: email, once revolutionary and ubiquitous, was considered to be on a rapid decline. Sleeker, faster ways of communicating, many of them mobile-native, were taking over (e.g., Slack and WhatsApp). A lot of communication also became image-based rather than text-based – and email did not lend itself well to that.

If you need more info on where it all went wrong for BlackBerry, check out our detailed analysis of the RISE AND FALL of BlackBerry… 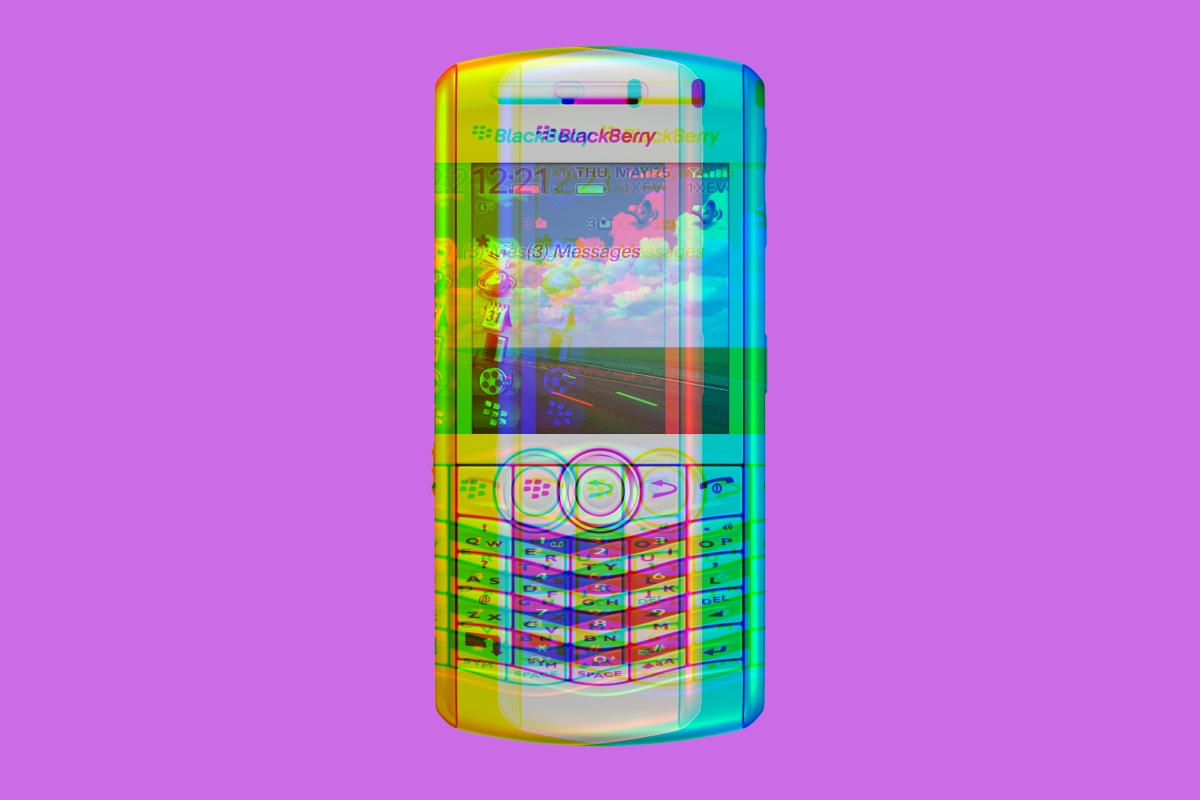