For some reason, Apple doesn’t think you should be using vaporizers in your spare time, so it decided to ban the Pax – and other vaping apps – from the app store…

Back in November 2019, Apple decided to ban Pax’s app from its App Store, meaning Pax users with iPhones could no longer interact with their vaporizer from their iPhones.

The Pax apps are still available in Google Play, however, so if you’re a serious Pax user, you might want to think about switching to Android.

Why did Apple ban vape apps from the App Store? According to the company, it did so because of the CDC’s warning about vapes causing damage to people’s lungs – a warning that has since come under heavy scrutiny.

Turns out, it was illegal, black market THC vapes that were responsible for this, not vaporizers or other vapes. But here we are in late-2020 and it appears as if Apple is sticking to its guns. This was a significant move for Apple. It was also bad news for Pax, a company that has built its products – the Pax 3, Pax Era, and Pax 2 – around the iPhone.

The Pax 3 is a completely buttonless device; all the controls are done via the Pax app on your phone. Inside the app, you can set temperature, alter settings, and power the vaporizer on and off.

By killing the app inside the App Store, Apple effectively made hundreds of thousands of Pax vaporizers all but useless. And Pax is a BIG company too, with big revenues – it is the company that invented the JUUL (which was then splintered off into another company before becoming embroiled with big tobacco firm, Altria.

Pax raised the issue with Apple, asking the company to reconsider. Pax stated that the app was a core component of its products and helped cannabis users get better information about their product and how to best use it. Below is a statement from the company:

At PAX, we are committed to delivering technology that enables adults to make educated, informed choices. Millions of consumers in 34 legal states, including a large number of medical patients and veterans, rely on the PAX Mobile App to control their session size, set the correct temperature and have lockout abilities to prevent children from accessing our devices. Last Tuesday, we announced our new PodID™ feature, which—in light of the current threats posed by the illicit market—provides consumers with unprecedented access to information about what’s in their pods, including strain information, cannabinoid and terpene profiles, access to state-regulated test results and more.

Pax has now released desktop software that its users can access to control their Pax vaporizers. The new Pax desktop software works on Chrome and is available for Mac and Windows, though Safari – for obvious reasons – is not supported. 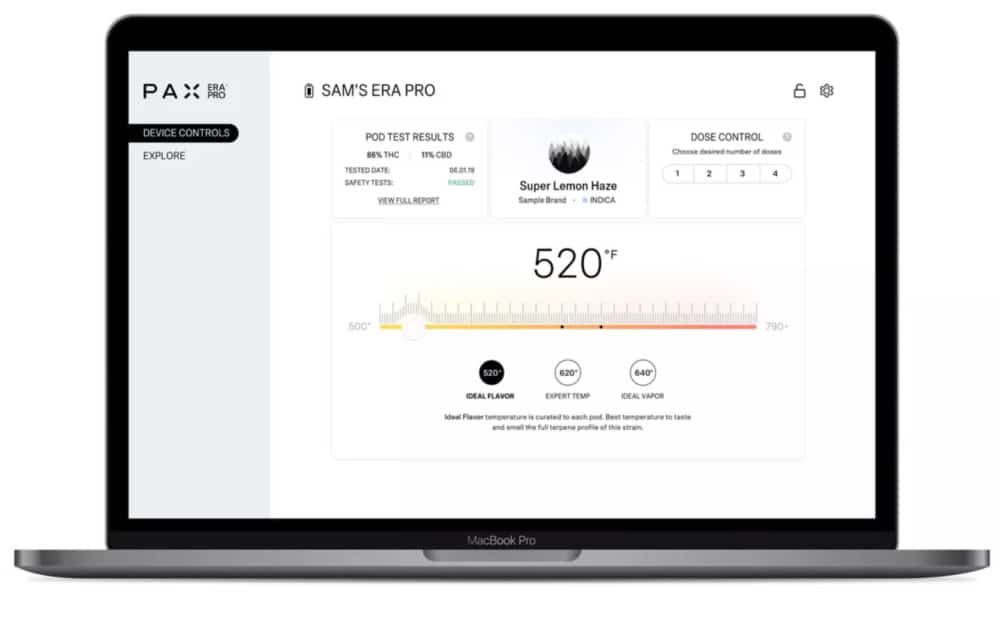 You can also use Pax vaporizers with the app. I know this because I own the Pax 3 myself and seldom use the app. Still, that’s beside the point: Apple should not be able to just ban something because it doesn’t agree with it – especially when there is no evidence backing up the decision.

At the end of the day, this is about doing the right thing for our customers by creating technology that puts information at their fingertips. We believe consumers have a right to this transparency and level of control, so they can feel more confident about their consumption. And even more importantly, we believe it’s a critical step in helping consumers to navigate the legal, state- regulated market and avoid the perils of the black market that has made so many so sick in recent months.

Did Apple Overstep The Mark?

In a word: yes. Cannabis is legal to use in many states in the US. Furthermore, vaping cannabis has been shown to be dramatically safer than smoking it. For this reason alone, Pax’s apps should have been given a fair shake of the stick, rather than just being written-off on account of bunk science from the CDC.

If this kind of thing becomes the norm, where does it end? Banning crypto apps because central banks don’t like it? Honestly, I don’t know. But the fact that Apple can, without warning, switch off an entire business overnight feels like it might just have a little too much power, no?