Oura Ring: Everything You Need To Know

The Oura Ring may sound like a mythical device you’d hear about on Ancient Aliens, but it’s actually a very recent form of human technology (sorry crazy hair guy). The Oura Ring is a titanium ring that has various electronics and sensors built into it that can track the wearer’s heart and respiratory rates, temperature, sleep patterns, and more.

If this sounds a lot like an Apple Watch or other fitness tracker that’s because it’s basically the same type of device. But instead of taking the form of a watch it takes the form of a ring.

Of course, one big difference between a health monitoring device like the Apple Watch and the Oura Ring is that the Oura Ring has no display and no app ecosystem. You can’t install other apps on it, in other words. Oura Ring does have an app of its own, of course, but that app is designed to run on your iPhone or Android device so you can track the metrics Oura Ring collects about you.

The Oura Ring looks like any other fashionable ring a person would wear. However, because its technological innards require a certain amount of space, don’t expect the Oura Ring to be string-thin like some Womens wedding rings are. Rather, the Oura Ring takes the form of a thick band-type ring that are popular among some.

The Oura Ring has an almost perfectly round shape. The one exception is the “top” bend in the ring is a bit flat for a small part.

The Oura Ring itself comes in four finishes, all made from lightweight titanium. Those finishes are:

The Gold version of the Oura Ring is a limited edition variant.

The Oura weighs between 4 to 6 grams (depending on ring size you get) and has a width of 7.9mm and a thickness of 2.55mm. The Oura Ring is also water resisted up to 100 meters, so you don’t need to remove it when you wash your hands or take a shower.

Th Oura Ring comes in 8 different sizes and can be worn on any finger, though the index or ring finger is what most people prefer.

What Does The Oura Ring Track?

The Oura Ring has a ton of sensors built into it, which is pretty amazing for its small size. Those sensors include:

Those sensors help the Oura Ring measure the following:

All of the above metrics help the Oura Ring’s software calculate your sleep quality, activity and calorie burn, and your body’s readiness.

The Oura Ring also comes with a charger to keep the ring powered. Here’s what you need to know about the Oura Ring’s battery life.

What Apps Does The Oura Ring Work With?

The Oura Ring has its own dedicated iOS and Android app from which you can track the above metrics and see daily, weekly, and monthly trends so you can track your health over time. The Oura Ring stores all these metrics in the Ring itself before transferring the data to your connect phone via Bluetooth.

But you don’t only need to rely on the official Oura Ring app to read your health data. One cool feature of the Oura Ring is that if fully integrated with Apple’s Health app and the Google Fit app, so you can use those apps to view the data your Oura Ring collects.

How Much Does The Oura Ring Cost?

The Oura Ring is tiny, but it does have a big price. The fact of the matter is it just takes a lot of expensive tech to pack everything the ring needs into it (and in such a fashionable design. There are two different prices for the Oura Ring. No matter which Oura Ring you get, the features are the same. The price difference comes down to what finish you get.

The prices of the Oura Ring are:

If a ring form factor isn’t your thing, an Apple Watch or a Fitbit device might be the perfect fitness tracker for you instead. 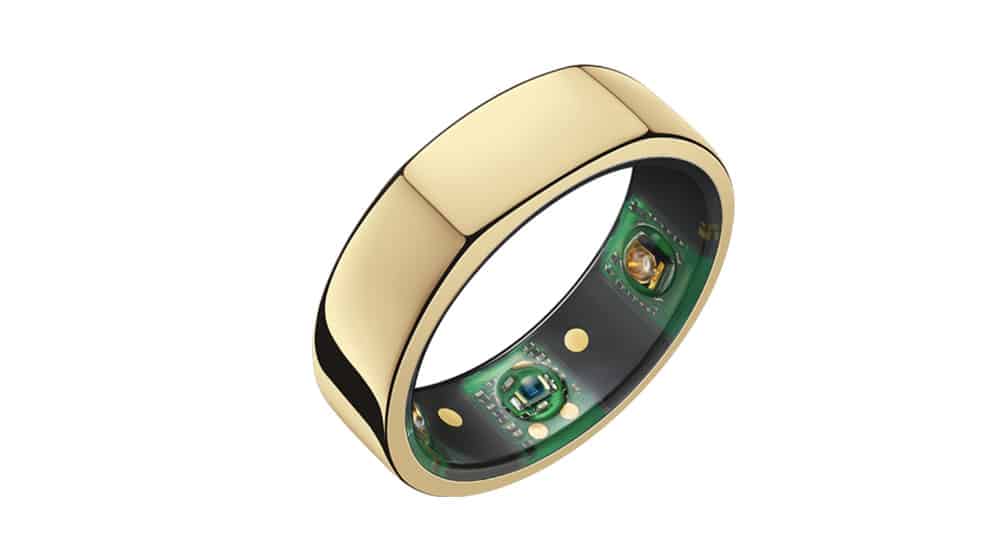