Garmin Fenix 7 Reviews: Is It Worth ALL That Money?

If you’re a runner, cyclist, swimmer, or all three, is the Garmin Fenix 7 the best smartwatch for you right now? Let’s find out…

If you run or cycle, even casually, you’ll know all about Garmin. It makes some of the best fitness tracking watches on the planet. They’re pretty pricey but if you’re a data addict and you demand the best possible metrics from your running sessions, you need a watch that can do that – and this is where Garmin comes in.

Garmin makes a bunch of watches – we highlighted the best Garmin watches for runners previously – but its current flagship device is the Garmin Fenix 7, a chunky, durable, ultra-smart fitness tracker that looks the business and delivers market-leading battery performance. You will pay a hefty price tag for access to all these features, though – the Garmin Fenix 7 makes the Apple Watch look cheap.

But if you’re a serious runner and/or athlete and you want reliable, accurate metrics from your workouts, as well as access to free training programs, and a raft of other innovative features, you can’t really go wrong with a Garmin watch – although you might be better off with one of its cheaper models. Me? I like the Forerunner 745; it’s what I’ve been using for the past 12 months and it is great.

If you want the very best in multi-sports wearable technology, get yourself a Fenix 7 – preferably the 47mm model, which delivers the best ratio of screen size to battery life and cost. It’s the best sports watch that money can buy, in any of its guises.

The one caveat is that this is an expensive purchase, with even the least well-equipped Fenix 7 costing £600 and prices rising above £1,000 for the Sapphire Solar 7X model. The good news for the cost-conscious is that the arrival of the Fenix 7 has heralded price drops across the board for the Fenix 6, with the 6 Pro now available for £440. The Coros Vertix 2 is another cheaper alternative, delivering stupendous battery life and a 1.4in screen with sapphire glass for £599.

The Garmin Fenix 7 Sapphire Solar is a do-it-all adventure watch that has more functions than any single person could – or would – make use of. It has a number of upgrades from the Fenix 6, including the touchscreen, solar charging with a reinforced screen for the first time, and improved positioning.

It can compete with the best bike computers, and the only places it is really let down for cycling are where smartwatches more generally fail. The comparatively small screen makes navigation harder than on a bike computer and the fact it’s worn on your wrist means it’s not as visible as a computer mounted to your handlebar.

While a smartwatch is arguably advantageous for mountain biking and cyclocross, as a road cyclist, the Fenix 7 will never replace my bike computer fully. However, there’s no denying the convenience of this watch. The mighty battery life means you rarely have to worry about the charge and while the heart rate monitor isn’t as accurate as a chest-strap monitor, at least it has one built in.

If you are in the market for the best GPS watch, we recommend the Garmin Fenix 7. Exceptional in everyday use, this workhorse also can perform under harsh conditions and on extended adventures.

This was our go-to pick for everything from trail running to backcountry skiing. If you are looking for one GPS watch to do it all, this receives our highest recommendation.

The Fenix 7 is a powerhouse of a do-it-all, go-anywhere, track-anything adventure watch, that is very much the best in the market.

It is an excellent follow-up to the Fenix 6 line that introduces meaningful upgrades, many of which are expected to flow down into Garmin’s numerous lines of less expensive, more focused products over the next year.

The longer 15-day-plus battery life, faster performance, better GPS, a touchscreen and stamina metrics are great additions to the comprehensive tracking Garmin is known for. Most people will only use about 5% of what the watch is capable of but that 5% will be different for each person and each occasion.

The Fenix 7 is an expensive, statement purchase. If you just run or cycle it will be overkill but if you have the cash, do lots of activities or just like the idea of being able to parachute into the middle of nowhere and still find your way home, this is the watch for you.

Garmin’s Fenix 7 is a wonderful fitness and running watch that has more features than most will ever discover, and long battery life. It adds touch support and plenty of technical tweaks to the Fenix 6 blueprint, without seeming to water down its appeal.

The main thing to contend with is whether a Fenix 7 will be overkill for your needs. Its base model is far from cheap, and solar-charging Sapphire ones are a major investment. We also prefer some of Garmin’s smaller watches for all-day wear. This is something to consider if you care as much about sleep tracking as keeping a record of your 5K run times.

The main thing about the Fenix 7, meaning the reason you’d buy this watch over the cheaper Fenix 6, is that it is significantly better than its predecessor in nearly every way. The Fenix 6 was a great watch, so the fact that Garmin managed to pull this off is no mean feat. But it has and the proof is very much in the pudding. The Fenix 6 is now the class leader with respect to overall performance and features.

Here’s a breakdown of ALL the new Garmin Fenix 7 features (compared to the outgoing Fenix 6):

Is The Garmin Fenix 7 Worth It?

For serious runners, cyclists, and swimmers, the Garmin Fenix 7 is perhaps the best sports tracking watch on the market right now. It has outstanding GPS connectivity, market-leading accuracy, a much improved heart-rate sensor, reams of different tracking modes, and best-in-class battery life. For this reason, the Fenix 7 is well worth the asking price.

Sure, the Fenix 7 is expensive. If it is too expensive, maybe look at some cheaper – less professional – Garmin watches. I really love the Forerunner 745 – it’s like half the price of the Fenix 7 too. For those that need the best and most accurate data, however, the Fenix 7 is well worth the asking price. If you’re a serious competitor that likes data and metrics, the Fenix 7 is all the watch you’re ever going to need. 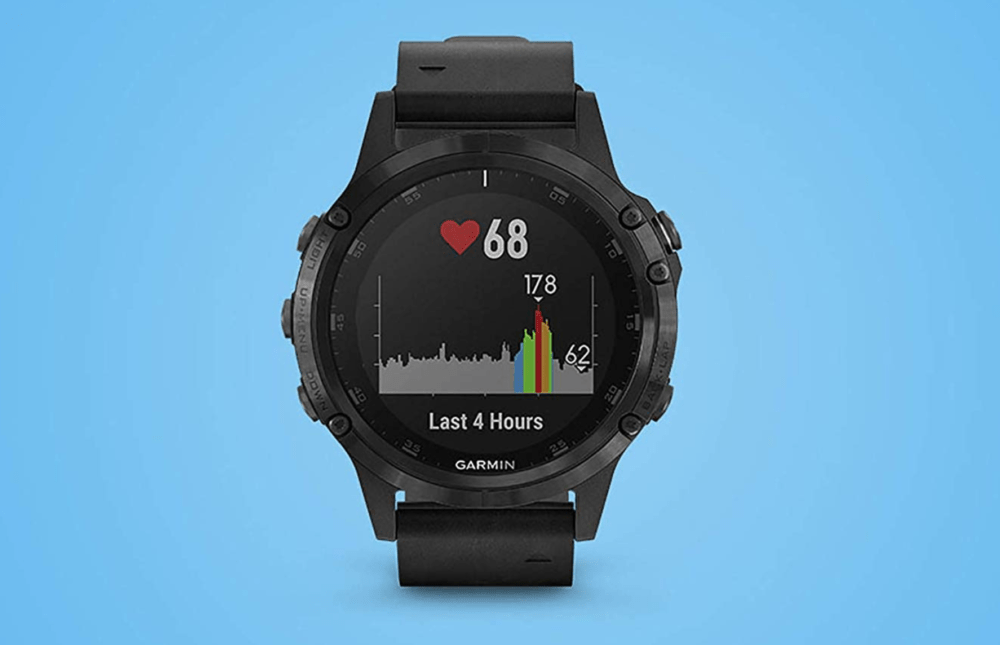 Garmin Pro Explained: All The Extras You Get For Going Pro

Garmin makes a whole slew of sports watches and fitness trackers and its most popular models often have Pro versions too. But what is Garmin Pro all about? And more importantly is it actually worth it? 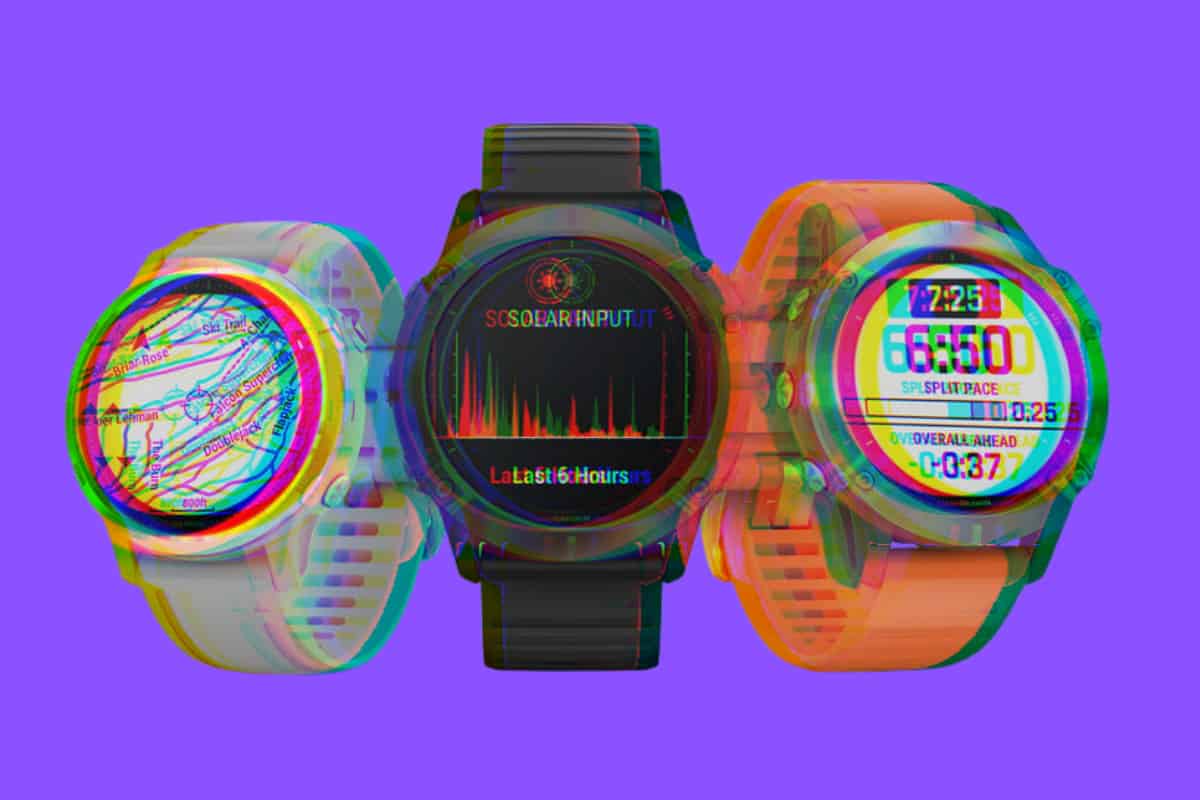 Garmin makes excellent smartwatches; they’re accurate, hard-wearing, and they provide REAMS of data. But what is the best Garmin watch for runners? Let’s find out…

Most Garmin watches feature Body Battery, a tool that is designed to track your energy levels. But how does it work? In this guide, we’ll show you how...