How To Use Apple’s iOS Battery Health Tool on iPhone

Apple took a lot of flak earlier this year when it was revealed that the company designed iOS to purposely slow down the performance of iPhones as their batteries aged. This had many pundits in the press screaming bloody murder–although they shouldn’t have been.

Apple was simply dealing with the physics and chemistry of batteries. As they age, they lose their ability to keep their capacities filled to a maximum. Since faster computer processes consume more battery power, Apple decided to design iOS to maximize battery life over speed.

It was the right move, as a faster phone that only lasts four hours is a lot less beneficial to the user than a slightly slower phone that continues to last all day. Regardless, Apple probably should have made users more aware they were doing this. That’s why the company has unveiled a new battery health tool in iOS 11.3 designed to do just that.

You’ll find the new battery health tool in the Settings app. Go to Settings > Battery > Battery Health. At the top of this page, you’ll see an explainer about how smartphone batteries work in general. Tapping the link takes you to Apple’s iPhone Battery and Performance page.

Below the explainer, you’ll find a field labeled “Maximum Capacity” followed by a numerical percentage. If this reads 100% your battery has the exact same full capacity it had when you first bought the iPhone (if it was brand new). As Apple states:

“Batteries will start at 100% when first activated and will have lower capacity as the battery chemically ages which may result in fewer hours of usage between charges. A normal battery is designed to retain up to 80% of its original capacity at 500 complete charge cycles when operating under normal conditions.”

Below the field labeled Maximum Capacity you’ll find a field labeled “Peak Performance”. Below this field you’ll see one of five different states that describe your battery’s condition:

You’ll then get the option via a link to Disable performance management. If you disable this, it will mean your iPhone will continue to run at peak speed, but your battery life will suffer for it.

If you see this, get your iPhone into a repair shop.

You’ll only see this message if you have previously disabled performance management.

This means your battery needs to be replaced. The iPhone will still be safe to use, but if you want it to perform normally, get a new battery.

Note that the Battery Health tool is only available on iPhone 6 and later running iOS 11.3 or later. 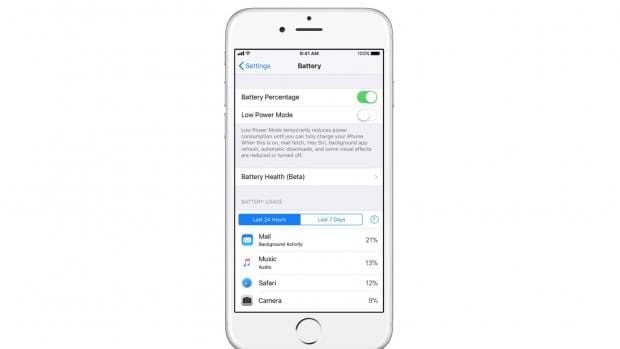