Taking a screenshot on your phone is useful for many things; I do it all the time if I need to remember something or I want to show somebody something later.

All iPhones and Android phones support screenshots, and performing one on the Google Pixel 2 (and Pixel 2 XL) is super-simple, as you see below:

Ready? OK, let’s do this! The #1 easiest method for taking a screenshot is as follows:

Hold the power button down, then wait for the screenshot button to appear, and then press it.

Where Are Screenshots Saved on Google Pixel 2?

Once you’ve taken a screenshot, the image will be saved to the Google Photos app – it’s inside Albums > Screenshots.

You can also access it via the notifications bar immediately after its captured too.

How To Edit Screenshots?

Again, really simple! If you want to cut out some of your phone’s display elements – status bar or the bottom menu system – simply click the image, select the pencil icon, and edit it within Google Photo’s editor.

This way, you get perfect screenshots that are great for sharing with friends and family.

Things To Keep In Mind?

This method also works on the Pixel 2 XL, as well as the first-generation Pixel and Pixel 2.

Most other Android phones work in a similar fashion as well.

Other than that, that’s pretty much everything you need to know about taking screenshots on Google’s Pixel phones. 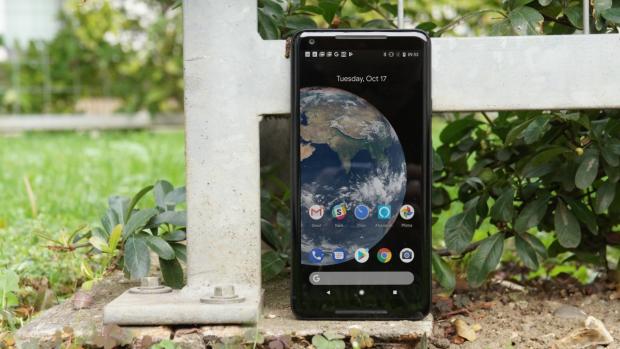