These true wireless headphones are well worth a listen 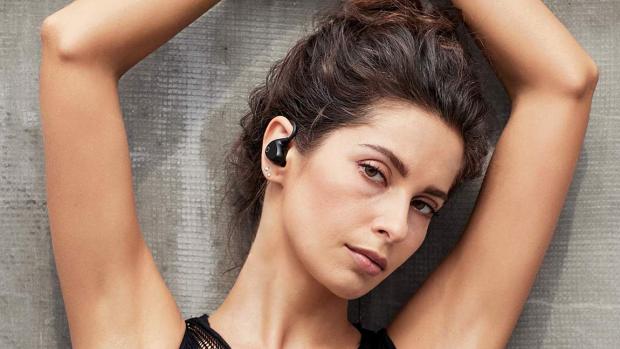 EOZ isn’t a household name in the world of consumer tech just yet, but the company made some waves when it successfully crowdfunded its first pair of headphones, the EOZ One. The EOZ Air are the firm’s latest pair of cans, and they aim to provide a seamless wireless audio experience at a competitive price, as well as remarkable stamina. Can this newcomer really shake things up in the portable audio arena? Let’s find out. 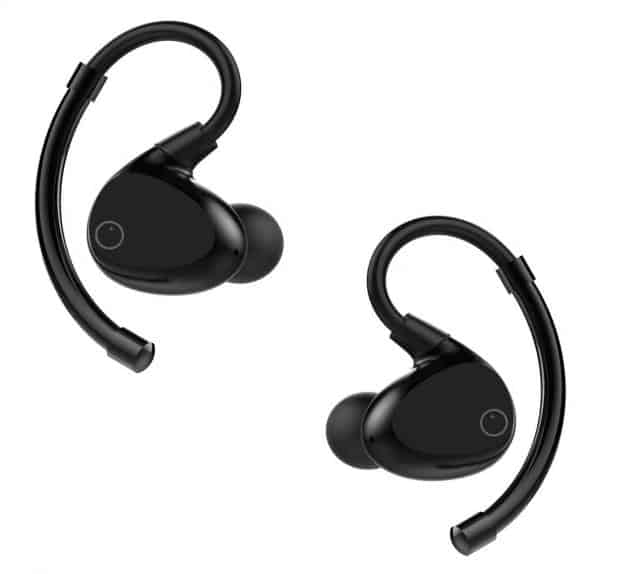 The EOZ Air headphones are made from a combination of plastic and metal, protected with a nano-coating that ensures IPX5 protection. That’s good enough for using them in the rain, but not totally submerging them in liquid – something we can’t imagine most people would even consider doing anyway. The main body of the EOZ Air is quite chunky, and that’s because the company has included 8mm electro-dynamic drivers (by way of comparison, Apple’s AirPod have 5mm drivers).

Despite their rather large size, the EOZ Air headphones don’t include an antenna inside the casing – instead, the antenna is found inside the aluminium tubes which fit around your ear, giving them a handy double function. Because of the size of the antenna, the connection between the headphones and your phone is super-stable – we certainly didn’t observe any drop-offs during our review.

The EOZ Air don’t have physical buttons for activities like cycling through tracks and pausing the music; instead, it opts for a touch-sensitive surface on the main body of each earphone. When you’re fitting the headphones it’s almost impossible to not accidentally touch this surface, which leads to some annoyances. It’s also hard to properly cycle through tracks (double-tap) because there’s no physical button to provide tactile feedback. It’s possible to get used to this, but we’d still prefer to have had a proper button.

The EOZ Air are stored within a metal case when they’re not in use, and this acts as a charger too. It’s quite a chunky case but that’s because it contains a massive 2200mAh battery, which is what allows the headphones to reach a total stamina of 90 hours when fully charged – although this obviously requires multiple charges.

Three pairs of silicone tips and three pairs of memory foam tips are included in the box, giving you plenty of options when it comes to comfort. We prefered the memory foam ones as they gave a more tight and secure seal on the inside of our ear. You also get a USB-C cable for charging the case and a leather leash for linking the headphones together. Small headphones usually suffer from poor bass due to their size, but we were impressed by the punch of the EOZ Air. When properly fitted, they deliver exceptionally rich bass notes which don’t overshadow the rest of the audio; mid-level tones are still easy to hear and it always feels like you’re getting the full range when it comes to music and speech. The EOZ Air are also surprisingly loud, even when they’re used in a noisy environment.

We were also surprised at how good the EOZ Air for audio calls. This is thanks to two dual beamforming microphones which are used to reduce background noise during your call. They do a good job of filtering out noise from your surroundings so your voice is always clear to the other caller.

Bluetooth 5 means that pairing is effortless and the connection is strong and good quality. It also means battery consumption is reduced when compared to older Bluetooth standards.

EOZ is promising a whopping 90 hours of stamina with these headphones, but there’s a catch – you have to keep returning them to the charging case to hit that figure. The actual headphones each contain a 50mAh battery which is good for around 6 hours of playback.

Once the headphones are exhausted, you must return them to the carry case which, via its 2200mAh battery, charges them pretty swiftly. The case itself is charged using a USB-C connection, which means you’ll get a pretty quick charging time – we’re looking at around 90 minutes (a four-stage LED on the case shows how much juice it has at any time).

While it’s a little annoying that the headline-grabbing 90-hour stamina is only achievable via repeat charges, 6 hours will be more than enough time for most people; besides, once you’ve completed your journey you’ll pop the headphones back in the case where they will be replenished, which means it’s rare you’ll ever find yourself in a situation where they’re totally out of battery. 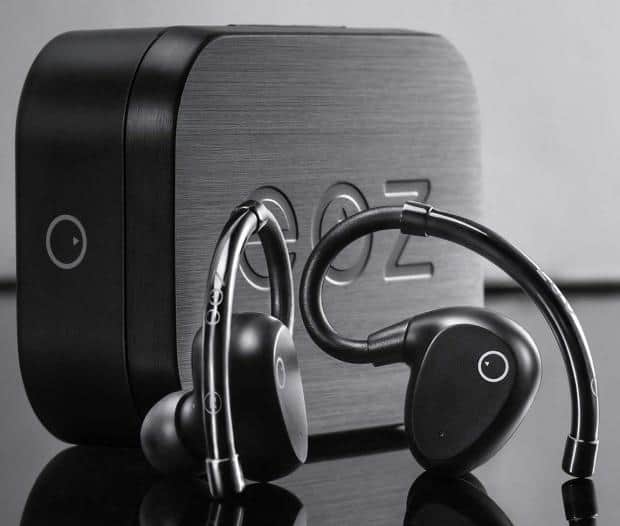 There’s a lot to like about the EOZ Air headphones. They’re comfortable, powerful and supply excellent quality audio, and the massive battery contained within the carry case means that you’ll have plenty of juice for long trips. We wish the headphones had physical buttons rather than touch-sensitive ones, but this is a minor complaint. Perhaps the biggest sticking point is going to be the price; at £85, the EOZ Air aren’t a budget option and are in close competition with the likes of Apple and Beats. Despite the lack of a recognisable brand, they more than hold their own in terms of sound quality.