When most people think of Tesla, they think of cars. But the real Nikola Tesla is way cooler…

Elon Musk named his electric car company after an amazing man called Nikola Tesla. If you don’t know who Tesla was, I suggest you do some reading – this guy was so smart, he might just have been an alien.

Working in the VERY early 19th century, Nikola Tesla was responsible for, among other things, the basis of AC electric power (this is what powers the entire planet, FYI), the radio (Guglielmo Marconi, the guy often referenced as inventing the radio used 17 of Tesla’s patents to send his first broadcast), remote control technology, hydroelectric power, and X-ray technology. 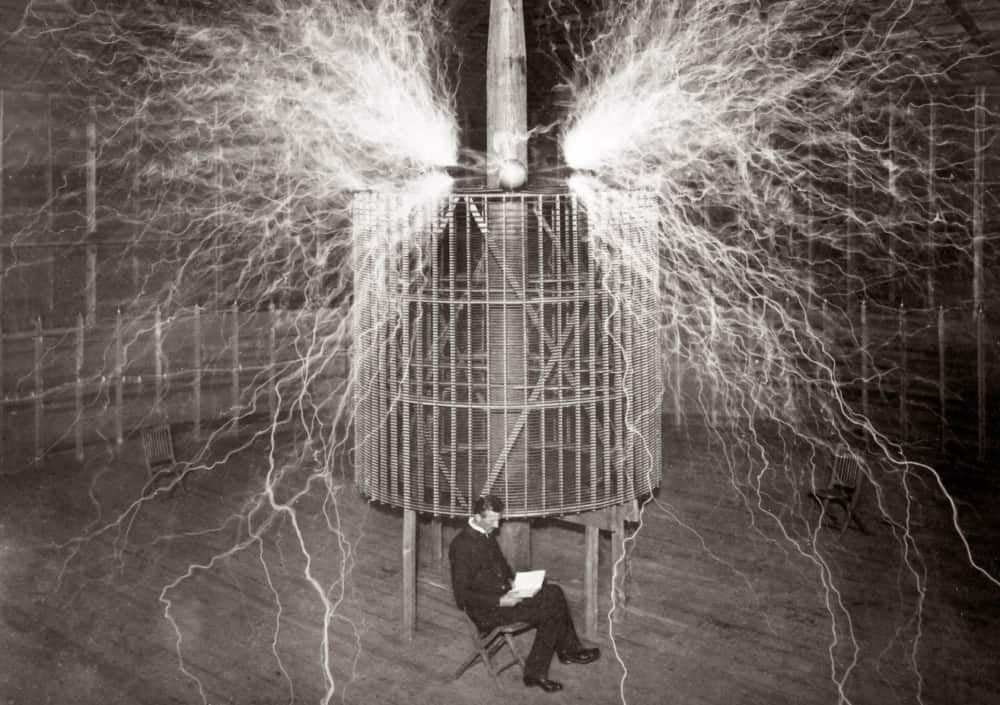 There are also reports about Tesla creating some kind of earthquake machine that ran from a small, portable device he could fit inside his jacket pocket. Tesla also invented something called a Death Ray too.

The genius of Tesla was in his abilities not just to create, but also to see where things were going. Like the great Wayne Gretzky, Tesla’s mind always moved to where the puck was heading – only in Tesla’s case he was more than 100 years ahead of it!

Tesla Basically Predicted The iPhone In 1926

I love this quote from Tesla. In it, he basically describes the modern world we live – wireless technology, inter-connected devices, phones, the internet. I mean, read it – he’s basically talking about iPhones and modern-day smartphones.

“When wireless is perfectly applied the whole earth will be converted into a huge brain, which in fact it is, all things being particles of a real and rhythmic whole.”

“We shall be able to communicate with one another instantly, irrespective of distance. Not only this but through television and telephony we shall see and hear one another as perfectly as though we were face to face, despite intervening distances of thousands of miles; and the instruments through which we shall be able to do this will be amazingly simple compared with our present telephone.

“A man will be able to carry one in his vest pocket.”

It’s easy to read a quote and go, yeah, yeah – he was smart. But in order to understand just how advanced Tesla’s mind (and vision) was you need to put the guy in the correct context – in the world of 1926, a place where commercial air travel was not yet 10 years old…

In 1926, there was no TV – the first commercial TV broadcast didn’t take place until 1955. There were no computers per se; the first “computer” was invented in 1943 by J. Presper Eckert and John Mauchly at the University of Pennsylvania – although it wasn’t switched on until 1946. 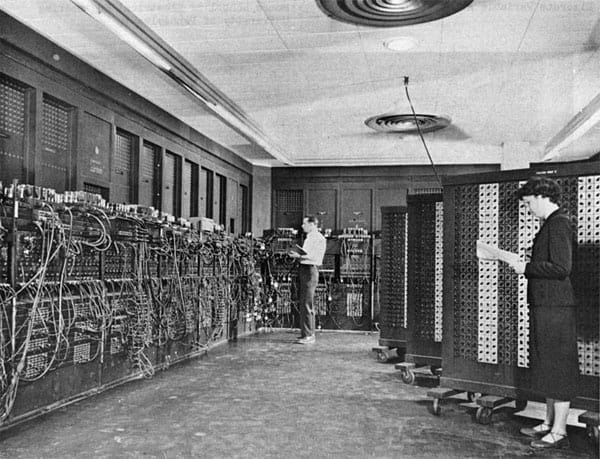 Oh, and this computer, called ENIAC, occupied 1800 square feet and used some 18,000 vacuum tubes. It also weighed 50 TONS! It wasn’t until 1981 that IBM introduced the first truly commercial personal computer – almost five decades after the quote from Tesla was published.

The one thing they did have in 1926 was phones; Alexander Graham Bell was awarded his patent for the invention of the telephone in 1876. By the 1880s, there were over 49,000 telephones in homes and buildings around the world, an infinitesimal number when you consider global population numbers back then.

So How Did Tesla Predict Phones & The Internet Back Then?

He’s a genius. In the truest sense of the word. The man was a total visionary and, for some bizarre reason, his name has been removed from nearly all mainstream histories of the west.

Everybody knows about Edison and Ford, but not Tesla – and that is a travesty. Tesla is perhaps one of the most powerful minds that has ever walked the earth. And, like all visionaries, the guy was ridiculed in his day and, as lore has it, eventually “shut down” by JP Morgan for promising to bring free energy to the world.

Apparently, JP Morgan wasn’t interested in anything he couldn’t put a meter on…

Back in the early 2000s, I kind of got obsessed with Nikola Tesla. I read about him on some forum, Above Top Secret, I think, and decided I needed to learn more. For the next 12 months, I read everything about Tesla that I could get my hands on – from biographies to histories of his inventions.

The following book is my absolute favorite, and if you’re interested in learning more about this man, I strongly suggest you check it out – it’s a collection of essays penned by the man himself. Originally published in 1919 inside The Electrical Experimenter magazine in 1919, the essays cover off Tesla’s thought-process, ideas for the future, the struggles he faced, and how he went about solving problems.