LG’s budget phones don’t get much coverage, but the range of handsets are decent enough if you’re after something basic with Android in tow. The latest handsets – the LG K8 and K10 – have just been relaunched with better specs and improved cameras.

The K brand has been around since 2016, but these new 2018 models are quite a bit different. They look different, have better cameras, and feature improved specs and hardware. The design is simple and refined; both phones are pretty good-looking.

The big USP here, however, is the camera: it’s a 13MP rear camera, the same camera used inside the LG G6, so you’re getting plenty of performance in this regard.

Here’s a breakdown of the specs for both handsets:

For some reason, LG has decided to launch both handsets with Android Nougat – a completely out of date version of Android for a new phone. We’re now on Android Oreo, and Android P is just around the corner. And it’s stuff like this, especially in the budget space, that really irritates me. Why not just make them with the latest or almost latest build?

“We’re confident we can capture the hearts and minds of consumers in the fast-moving market with our smartphone camera technology and other convenient features.”

There’s no pricing for the handsets yet, but you can expect them to retail for less than $100-$150, which is great, so long as you don’t mind the whole Android Nougat thing. 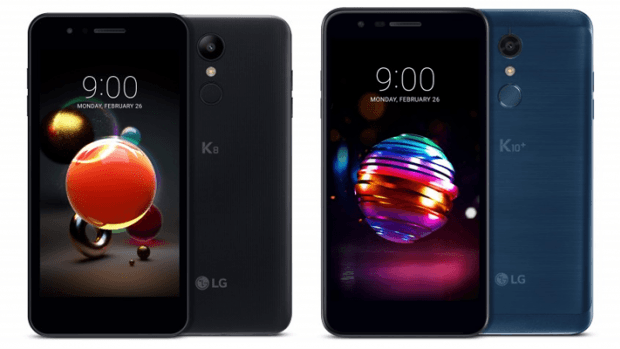