What Is Apple Fitness+? What To Know About Apple’s Exercise Service

Apple Fitness+ is Apple’s most interactive service yet.

Wondering what is “Apple Fitness+?” After all, Apple is known for its tech products, not its fitness acumen. Nevertheless, Apple Fitness+ is one of Apple’s newest services among an ever-expanding range of subscription products.

What Is Apple Fitness+?

Apple Fitness+ is one of Apple’s newest subscription services. It’s essentially a video streaming service whose content solely focuses on exercise classes, which the user is supposed to exercise to in their home, office, hotel room, or wherever else they are.

But to think of Apple Fitness+ as just a Netflix of workout videos is a bit misleading. That’s because Apple Fitness+ is interactive to a degree – and we don’t just mean in the sense that you are supposed to work out along to the fitness video you are watching.

You see, Apple Fitness+ works with the Apple Watch to display your realtime body metrics, such as your heart rate and more, on the screen of whatever device you are watching the Apple Fitness+ video on.

This realtime feedback of your vitals can help you better determine if you are in the biometric range you want to be when exercising. In other words, it makes exercising via pre-recorded fitness classes more visceral and personal – and better informs you as to how you body is performing.

Apple is very good about adding new fitness videos and workouts to Apple Fitness+. As a matter of fact, Apple says 25 new workout videos are added each week. Videos generally range from between five and forty-five minutes each, so you have find a workout that’s right for the amount of time you have.

How Much Is Apple Fitness+?

Apple Fitness+ is a subscription service, so you have to keep paying monthly or annually in order to continue accessing it.

Is There A Way To Get Apple Fitness+ For Free?

Apple Fitness+ is one of Apple’s pricier subscription services. It cases the same per month as Apple News+ and Apple Music’s Individual plan. However, there are several ways you can get Apple Fitness+ free for a limited time.

What Devices Does Apple Fitness+ Work On?

Do I Need An Apple Watch To Use Apple Fitness+?

Yes, you do need an Apple Watch Series 3 or later to use Apple Fitness+.

Also, check out How To Download Apple Music For Offline Listening! 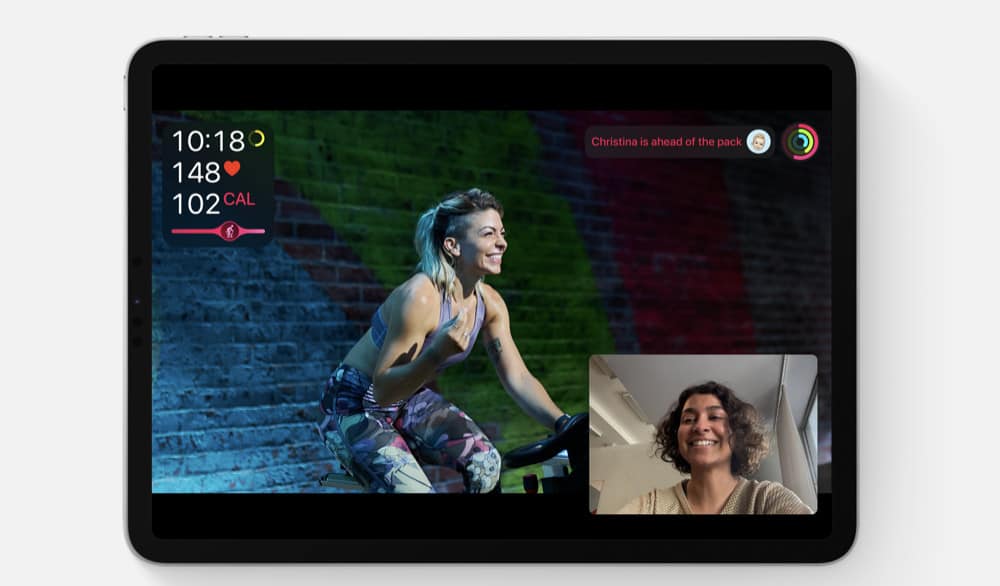