In the field of premium sports watches, Garmin is basically The Don. Its watches are used by pros and amateurs alike, praised for their accuracy, their tracking abilities, and their built-in training modes, as well as how good the battery life is on most of its models.

But out of the new Fenix 7 and the outgoing Fenix 6 which is the best for you? The point of this post is to uncover the differences between Garmin’s outgoing flagship watch (the Fenix 6) and its new one (the Fenix 7) and, by the end, help you make a decision about which one to go for.

The Fenix 6 is now a lot cheaper, for instance, and this is something you will definitely want to keep in mind if you don’t need all the new fancy features that come with the Fenix 7. If you just want a solid, reliable watch that looks good to track your runs or bike rides, the Fenix 6 is obviously going to be a better investment (and it’ll cost you less).

Newer doesn’t always mean better, not from an individual user basis anyway. I use older iPhones because I can buy them for a fraction of the cost of a new iPhone, and they work just as well. Right now, I use the iPhone 11 Pro Max. I don’t use or care about 5G, it’s not available in my area, and I don’t want to spend silly money on a phone, so the older iPhone made better financial sense.

Before we get to the meat and potatoes of this post, we need to clear a few things up first. Garmin doesn’t just make ONE of its Fenix watches, there’s a bunch – and they’re all slightly different. As of right now, here’s a quick breakdown of ALL the Fenix 6 and Fenix 7 variants:

As you can see, this mostly relates to price. But there’s more. You also have SOLAR and Sapphire displays to consider as well. And remember, these can be stacked too on the 6 models, so you could buy the Fenix 6 Sapphire Solar, for instance, or the Fenix 6 Solar or Fenix 6 Sapphire.

With the Fenix 7, however, things change again: you cannot stack SOLAR or Sapphire. You either have the SOLAR Sapphire model or the standard non-solar, non-sapphire model. The reason it is done this way is that Garmin introduced its Power Glass, the stuff that makes its SOLAR models work, mid-way through the Fenix 6’s lifecycle.

Confused? Don’t worry, neither of these things are big deals. Solar is pretty useful, however, as it will use the sun’s rays to charge up your watch while you’re out running. It works too. With Garmin’s Power Glass, you can get days of additional battery life. Handy if you ever get stranded on a desert island. The sapphire display, while nice, isn’t essential by any stretch of the imagination. I’d rather not have one and save some money.

What About Garmin Fenix “Pro” Models?

Another bone of contention when discussing the Fenix 6 and the Fenix 7 is the lack or “Pro” models in the Fenix 7 series. With the Fenix 6, you have options for “pro” models of the watch – the Fenix 6 Solar Pro, for instance – and this brings additional features like 32GB storage, preloaded maps, downloadable music, Wi-Fi, skiing maps, golf maps, and cycle maps.

If you need any of these things, and you want to go with the Fenix 6, make sure you get the Pro model. With the Fenix 7, there is no Pro model because all of the above-listed Premium Features are included as standard on all models. This is one of the main reasons why the Fenix 7 costs more than the Fenix 6 did when it came out – you get more stuff.

Okay, that’s all the confusing stuff out of the way. Let’s now turn out attention to how the Fenix 6 and Fenix 7 compare and contrast.

True to form, Garmin hasn’t really changed much of the exterior design on the Fenix 7. To the untrained eye, the Fenix 7 is more or less identical to the Fenix 6. The only slight difference relates to the top right button, the one you use to access the menu and start/stop activities, which now has slightly more detail on it. But that is literally it.

The base models of each model are honed from fiber-reinforced polymer while the bezel and backplate are metal. You do have more expensive options that utilize titanium and a DLC-diamond coating. But these models are stupidly expensive and not really worth the extra money. On the base models, the build materials on each model are identical.

In addition to this, you have the same market-leading waterproofing on both models. The Fenix 6 and Fenix 7 come with a 10ATM waterproofing (100m) rating and both use Garmin’s proprietary QuickFit straps. You can change the straps on both models as you wish. But you HAVE to use Garmin straps. Why? Because Garmin is a bit like Apple in this respect.

Because the design of the Fenix 7 and the Fenix 6 remains largely unchanged, the display sizes remain identical. Although the Fenix 6 does have one trick up its sleeve: it comes with a touchscreen display that can turn on or off in the Fenix 7’s settings. The Fenix 6 uses a non-touchscreen transflective MIP display.

With respect to display resolution and size, the Fenix 7 and Fenix 6’s displays are identical. If you want a Garmin watch with an OLED display like an Apple Watch, you’ll need to be looking at the Garmin Epix instead. Neither the Fenix 6 nor the Fenix 7 use OLED screens. Although you do get the option to run the Fenix 6 with a touchscreen which is handy if you don’t like using buttons for scrolling through menus.

If you’re a serious runner or cyclist, features are important. With both models, you get all the usual Garmin watch features: GPS, accelerometer, Body Battery, Garmin Connect, compass, barometer, SP02, heart rate monitoring, and the like. These features are included as standard on ALL models and variants, so if you just need the basics, you’re more than covered.

The Fenix 7 also comes with something called Real-Time Stamina. This tool is designed to give you a prediction about how far or well your upcoming workout will go, based on information gleaned from your watch’s sensors. It’s a bit like Body Battery, just slightly fancier. Using all of your readings, Real-Time Stamina can predict how far you will be able to run, for instance, or your potential times.

One of the main reasons why people buy Fenix watches, and not Garmin’s other, cheaper models, is that they possess outstanding battery life. The Fenix 6’s battery will last 14 days (or longer, if you’re rocking the Solar model). With the Fenix 7, Garmin has added in an extra four days’ worth of battery life on ALL models. If you go with the Solar model, you’re looking at 20+ days easily. And that is damn impressive for a watch that does as much stuff as the Garmin Fenix 7.

Both the Fenix 6 and Fenix 7 are solid performers when it comes to battery life, but the Fenix 7 does have a clear edge here – four days is nothing to scoff at. Still, 14 days with the Fenix 6 is still damn impressive. Plus, if you go with the Garmin Fenix 6 Solar, you’ll most likely get the same performance as you would with the non-Solar Fenix 7.

Again, both are excellent in this context. But if battery life is important to you, and you want more, go with the Fenix 7 – it is the clear victor in this round.

Garmin Fenix 6 vs Fenix 7: Wrapping Up…

As you can see, in nearly all the areas that count, the Garmin Fenix 6 and Fenix 7 are fairly evenly matched. Both have excellent tracking abilities, both have great battery life, and both look amazing on your wrist. If you want all the added extras that come with the Fenix 7, that’s perfectly understandable, but you will pay over $100 more for the base model Fenix 7 than the Fenix 6.

This means, across the board, the Fenix 6 is the cheaper option. If you want to save some cash, this would be the one to go for in my humble opinion.

Which should you go for? Me, I’d be more inclined to go with the Fenix 6 Solar – it costs like 300 less than the Fenix 7 Solar. I only really need my watch to track my runs, so I don’t need all the additional fancy stuff. I don’t need WiFi nor do I need loads of storage, as I use either Audible or Spotify when running. I’d also rather have Solar than not have it; I’ll take more battery life however I can get it.

All told, they’re both exceptional watches. The Fenix 7 is the newer model, so it comes with that “new-tax” that all new products have. If you want the latest and greatest, and you don’t mind spending the cash, go with the Fenix 7. It is a brilliant sports watch. If you want to save some money, however, and get things like Solar, I’d definitely recommend the Fenix 6 Solar over the Fenix 7 standard model. Garmin makes all kinds of sports and fitness tracking watches. But are Garmin watches waterproof? Here’s EVERYTHING you need to know… 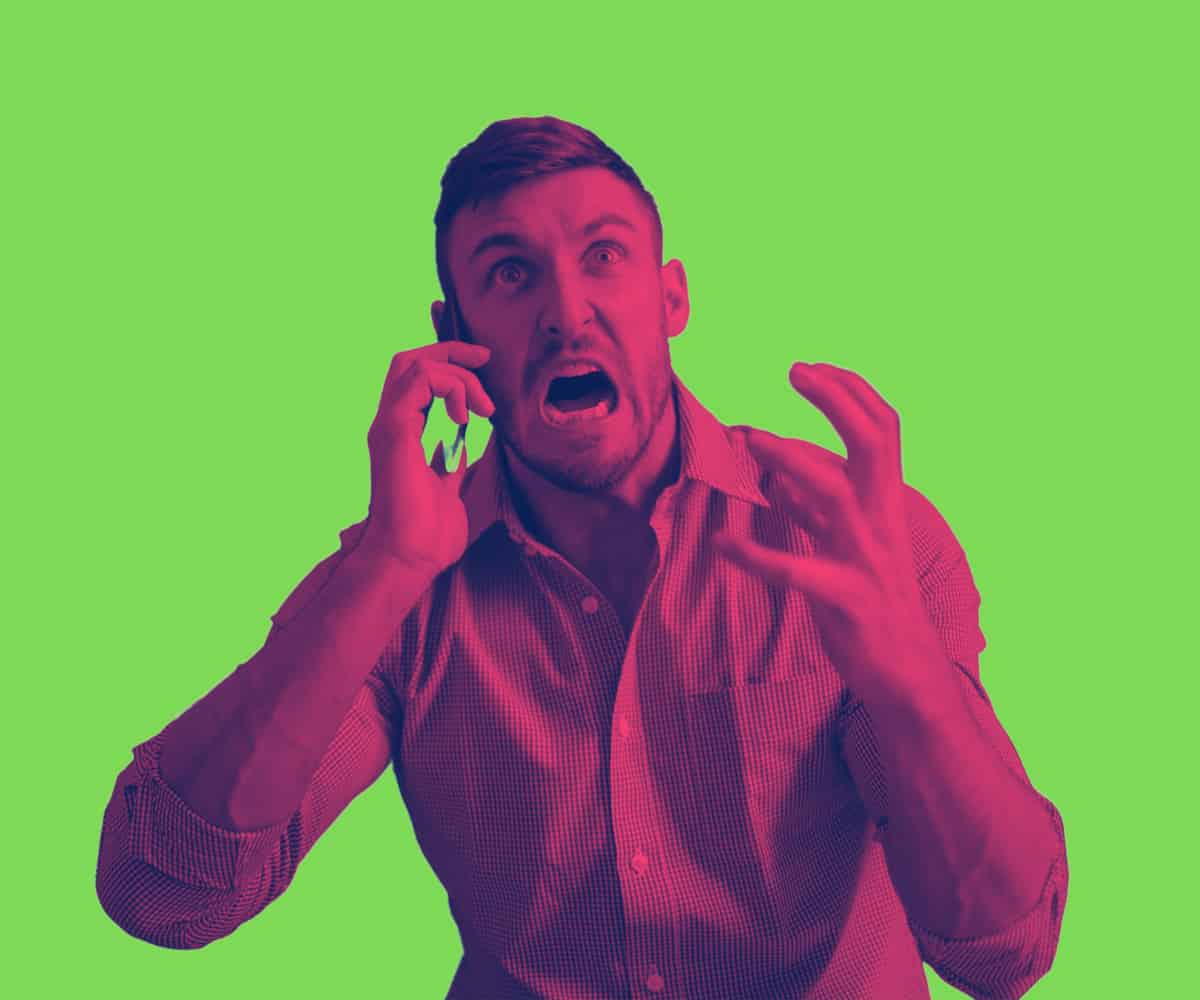 How Your Garmin Watch Measures Stress: Is It Accurate?

If you use a Garmin watch you will be well aware of its Stress Level Feature found inside Garmin Connect. But how does it work and, more importantly, is it accurate? Let’s find out…