Apple improved the charging case of the AirPods Pro 2 with several new features – and a lanyard attachment. But does Apple even make an AirPods Pro 2 lanyard?

Apple’s new AirPods Pro 2 are now out and they are Apple’s best wireless earbuds to date.

Additionally, the AirPods Pro 4 comes with four different sized ear tips, including a new extra small size. Finally, one of the other big features is improved adaptive transparency, which lets you hear outside sounds but minimizes the intensity of loud, blaring noises like drills or ambulance sirens.

All these new features are thanks to the new H2 chipset that powers the AirPods Pro 2.

The AirPods Pro 2 Case Is Much Better Now

Apple also made several improvements to the AirPods Pro 2 case. It now has up to 30 hours of charge time (so you can charge your drained AirPods Pro 2 five times before needing to recharge the case).

The AirPods Pro 2 case also features MagSafe, but now you can use an Apple Watch charger to charge it, too.

The AirPods Pro 2 case also features a U1 chip, so you can precisely locate it using the Find My app. The case also has a new built-in speaker system, so it can emit a sound when you are trying to find it. The sound can give you an audible idea of where the case is hiding.

Also, the AirPods Pro 2 case is sweat and water-resistant.

But there’s one more feature of the AirPods Pro 2 case that’s worth knowing about: it now has a lanyard loop attachment built in so you can attach the case to things like a purse or backpack.

But one odd thing is…though the AirPods Pro 2 case has a lanyard strap, Apple doesn’t make a lanyard for it…

No, Apple does not currently make its own AirPods Pro 2 lanyard (as of September 2022). And yes, this is a bit odd as you wouldn’t think Apple would pass by on the opportunity to sell a two-dollar accessory for $19, but here we are (I’m looking at you, polishing cloth).

The good news is, Apple does SELL AirPods Pro 2 lanyards – they are just made by third-party manufacturers.

How Much Does A AirPods Pro 2 Lanyard Cost?

Soon, we’re sure you’ll be able to find AirPods Pro 2 lanyard for a couple of bucks. But right now the ones Apple sells on its website for about $13.

Will Apple Ever Make Its Own AirPods Pro Lanyard?

We’re surprised they don’t have one ready to go, but perhaps they will make one in the future. 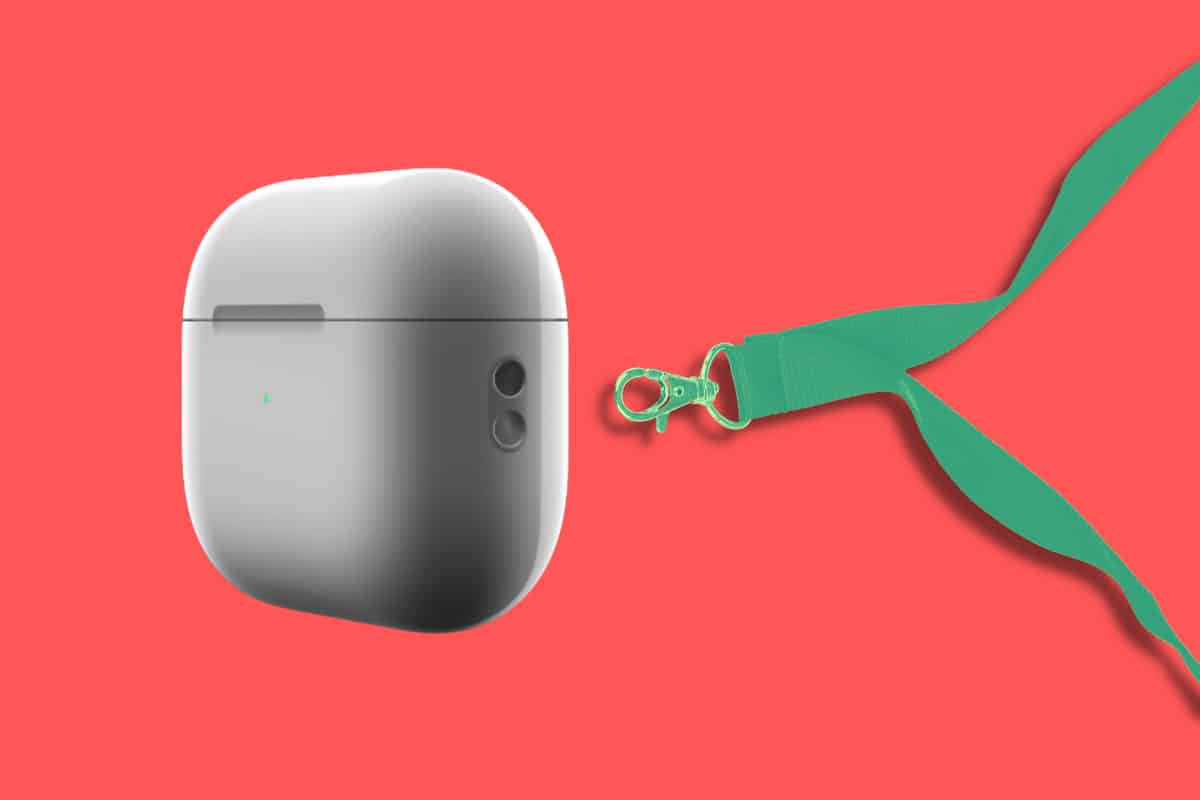