All The Apple’s AirPods Hidden Features You Probably Missed…

#1) The Easy Way To Pair With Your iPhone

Apple has several ways you can pair your new AirPods to your iPhone, but most people look over the easiest. Simply make sure they are charged and inside the charging case. Then place the charging case with your AirPods inside right near your iPhone. Open the case and the iPhone will automatically detect the nearby AirPods. It will ask you to tap a button on the iPhone screen to pair them. That’s it.

#2) Easily Check Out How Much Battery Life Is Left

Again, the tip here involves using the case right near your iPhone. Simply open the case and a battery status menu will appear on your iPhone telling you how much juice each AirPod has left.

While the big wireless feature of the AirPods is Apple’s new Apple W1 chip, which is how it connects to iOS devices, the AirPods also have your standard Bluetooth technology. This means that they can connect to any device that supports Bluetooth audio technology—like Android phones and Windows PCs. To do this, open the charging case and then press and hold the button until the indicator light blinks white. Now on your Bluetooth device, go into Bluetooth settings and tell it to connect to the AirPods via Bluetooth.

#4) Charge Your AirPods From Other Devices

You normally charge the AirPods by placing them in the charging case and then plugging in a Lightning cable into it and a power source. However, you can also give juice to the case by docking it in other Lightning charging devices like iPhone docks and wireless speakers with built-in dock slots.

#5) Change The Name Of Your AirPods

You can name your AirPods anything you want. While this is kind of pointless if you only have one pair, it’s helpful if you have more than one pair—so you can distinguish between the two—or if you live in a household where everyone has their own pair. To change the name of your AirPods on the iPhone go to Settings > Bluetooth and then tap your AirPods from the list of devices. On the next screen type in any name you want.

AirPods are smart enough to know when they are in your ears and turn on. However, you can disable this feature by going to Settings > Bluetooth and then tap your AirPods from the list of devices. Now set automatic ear detection to “Off”.

The AirPods also have features that let you tap them to activate Siri, so you don’t need to take your iPhone out of your pocket to do so. But you can change the action a double-tap initiates. On the iPhone go to Settings > Bluetooth and then tap your AirPods from the list of devices. Now tap the double-tap setting and choose between a double-tap initiating Siri or Play/Pausing music. You can also disable the double-tap feature by setting it to “Off”.

#8) Assign The Mic To A Specific AirPod

Each AirPod has a built-in mic and the devices are smart enough to know which mic to enable if you only put on AirPod in your ear. However, if you want to disable this feature for some reason go to Settings > Bluetooth and then tap your AirPods from the list of devices to find the option to turn it off.

Are Apple AirPods Worth It? 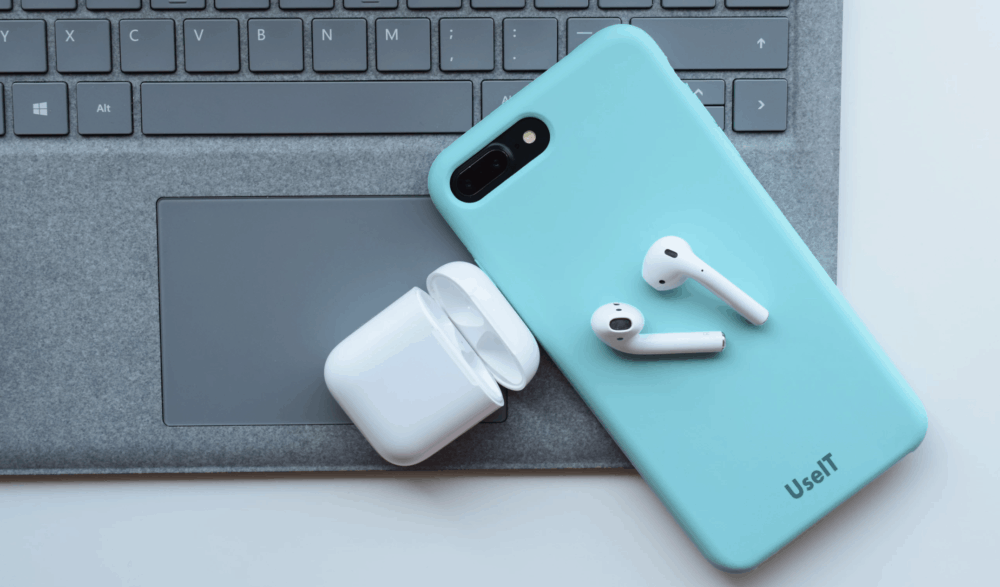 Perhaps Apple’s biggest hit product of 2016 was also one of its smallest. While 2016 saw lackluster updates to the Mac, iPhone, and iPad lines, which disappointed many, the company’s new AirPods earphones were praised by both consumers and the press, leading to a BOOM in the number of truly wireless earbuds on market. The best of which are listed inside our Best Apple AirPods Alternatives (For iPhone & Android) and in the table below:

And if you think Apple’s flagship is the best iPhone you can buy right now, think again! Apple makes quite a few iPhones now, and the best one isn’t always the flagship – check out our Best iPhone Guide for more information. You don’t need an iPhone to make AirPods work, but it is definitely advisable in order to take advantage of all the latest features packed inside them.

Google joined the fray as well with its Pixel Buds as well. The verdict? They suck, actually. They’re so bad we only gave them one star out of five. It’s a real shame, as the concept was very promising, but Google’s made some massive mistakes with its first set of wireless headphones and compared to Apple AirPods they pale in comparison.

You can read our full review here to find out why, but the long and the short of it is they’re extremely uncomfortable, have poor sound quality, and the star feature of real-time language translation is pretty naff. They also have crap battery life and cost a fortune for what they are.

So for now, Apple’s AirPods maintain its leadership position. And for the price, $179, they are a tad expensive – but, then again, hundreds of five-star Amazon reviews can’t all be wrong, can they!

The true successor to Apple’s original AirPods will land sometime in 2020, according to Bloomberg. Unlike the updated 2019 model, the Apple AirPods 3 will feature a raft of new features, including noise-canceling technology and water resistance.

Beyond this, the following new features and abilities are expected to feature inside Apple’s AirPods 3 are as follows:

Leaked patents for future Apple product designs also highlighted some of the potential improvements we’ll see inside the AirPods 3. EKG sensors, impedance cardiography sensors, and more fitness-tracking technology are all present and accounted for, opening up a raft of potential possibilities for AirPods users’ in 2020 and beyond.

Check out the latest deals on Apple’s AirPods via Amazon, if you fancy treating yourself to a pair in the meantime. 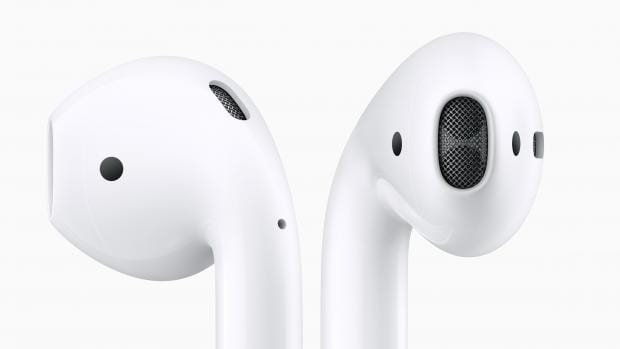 Do AirPods Affect Your Hearing? 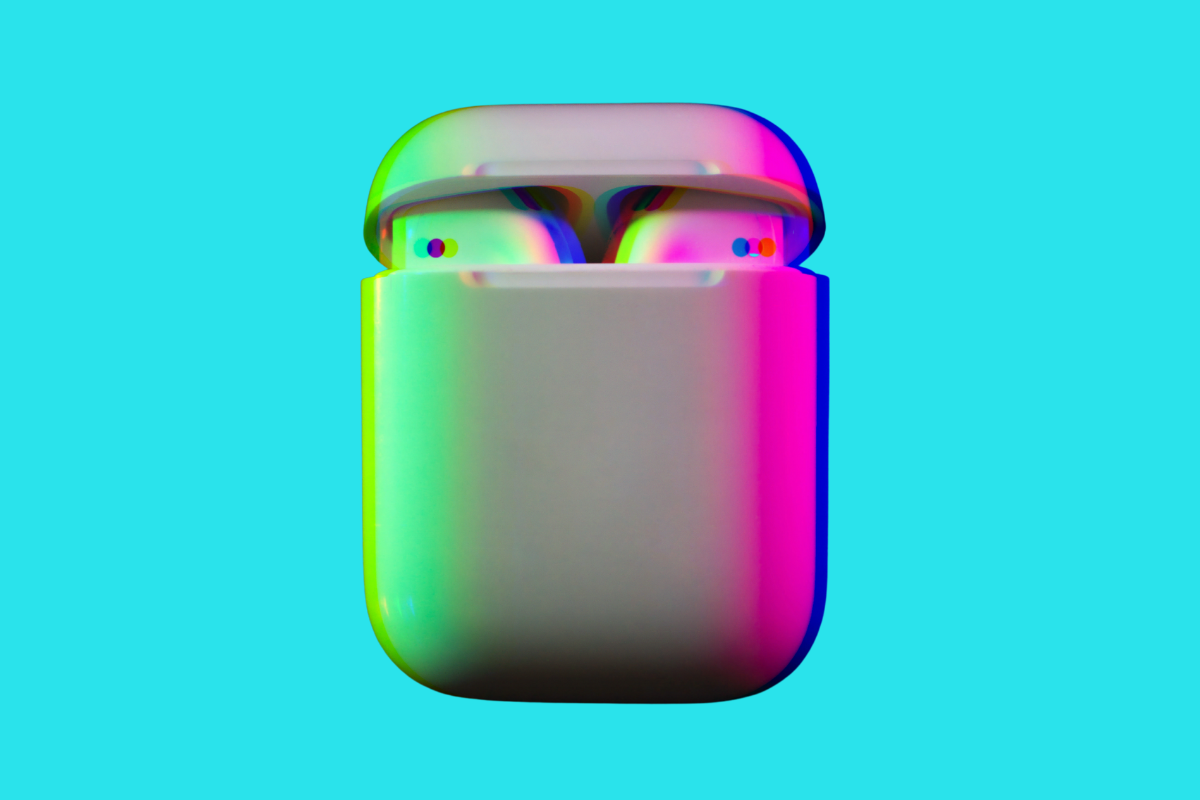 What is Spatial Audio? A Complete Beginner’s Guide…

Spatial Audio is like 3D for your ears. Here’s what you need to know about how it works, what devices support it, and its many, many benefits for gaming, movies, and music...