Apple Music subscription service, called Apple Music, keeps getting better. Since its launch seven years ago, the service has quickly risen to be one of the largest music streaming services in the world.

And with the release of iOS 16.2, Apple has added another feature to Apple Music – Apple Music Sing. Here’s what you need to know about it…

What Is Apple Music Sing?

Apple Music Sing is a new karaoke feature of Apple Music. It allows people to sing along with a song as the lyrics are displayed on their iPhone, Apple TV, or iPad. In other words, Apple Music Sing turns your Apple device into a defector karaoke machine, with a few caveats.

As Apple explains, “Apple Music Sing offers multiple lyric views to help fans take the lead, perform duets, sing backup, and more — all integrated within Apple Music’s unparalleled lyrics experience. Coupled with an ever-expanding catalog that features tens of millions of the world’s most singable songs, Apple Music Sing makes it fun and easy for anyone to participate, however and wherever they choose.”

How Does Apple Music Sing Work?

You essentially play a compatible song and then activate lyric mode. In lyric mode, you’ll see a new toggle that will turn down the vocals in the song, so you can sing along with your own voice.

The toggle to activate Apple Music Sing in lyric mode is a button that has the icon of a microphone on it.

What Devices Are Compatible With Apple Music Sing?

Anything Else Yo Know About Apple Music Sing?

“Apple Music’s lyrics experience is consistently one of the most popular features on our service. We already know our users all over the world love to follow along to their favorite songs, so we wanted to evolve this offering even further to enable even more engagement around music through singing. It’s really a lot of fun, our customers are going to love it.” 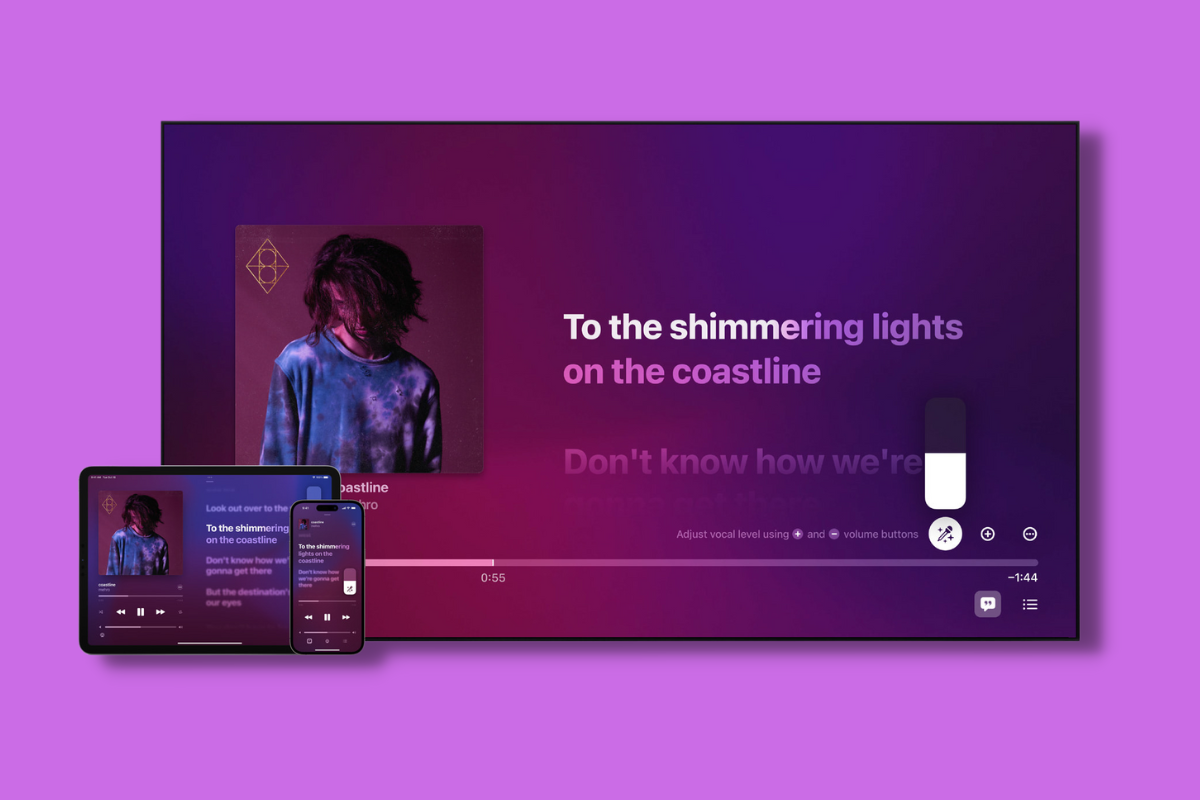