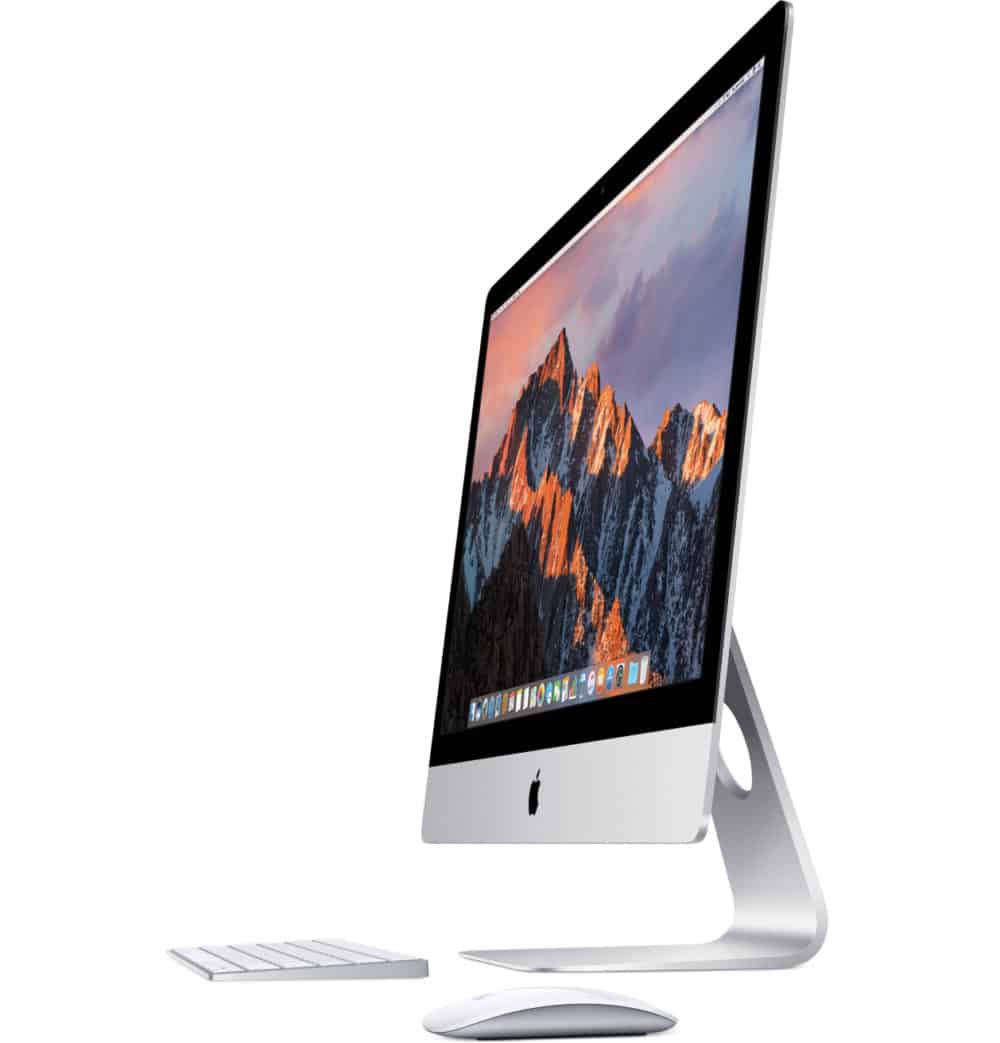 That being said, the Surface Studio display is a touch screen and can pick up 10 points of contact at the same time. The iMac’s display is just your standard non-touch enabled IPS display. 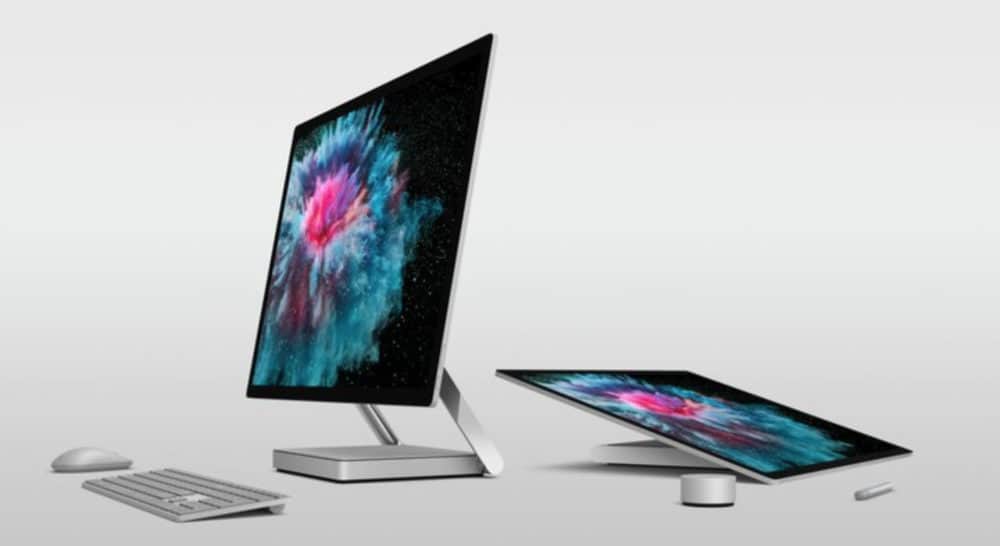 Both computers are All-in-one PC’s, which means averting is built into the display or base and there is no separate tower. While the iMac is your standard All-in-one PC, the Surface Studio has a highly adjustable hinge that allows its display to be lowered towards the desktop so you can, for example, you a stylus to write or draw on the screen.

In a straight-up beauty contest, the Surface Studio wins hands down. I mean, just LOOK at it… 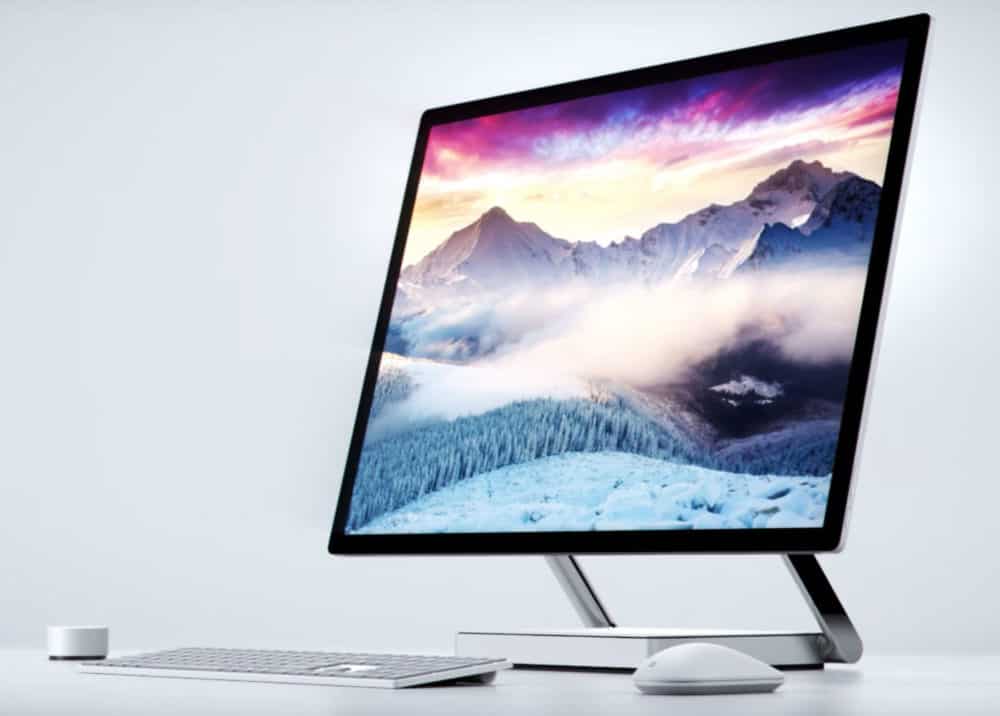 Both machines max out at a whopping 32GB of RAM. So don’t think you’ll ever be short of that. Both machines also offer 2TB hard drives, which are part flash, and part traditional HD (Apple calls this a “Fusion” drive, Microsoft calls it a “Hybrid” drive. Things are even fairly close in the CPU department. Both offer Intel Core i7 chips, but the iMac gives you the option of getting a 4Ghz chip installed, while the Surface Studio maxes out at a slightly slower 3.6GHz chip. 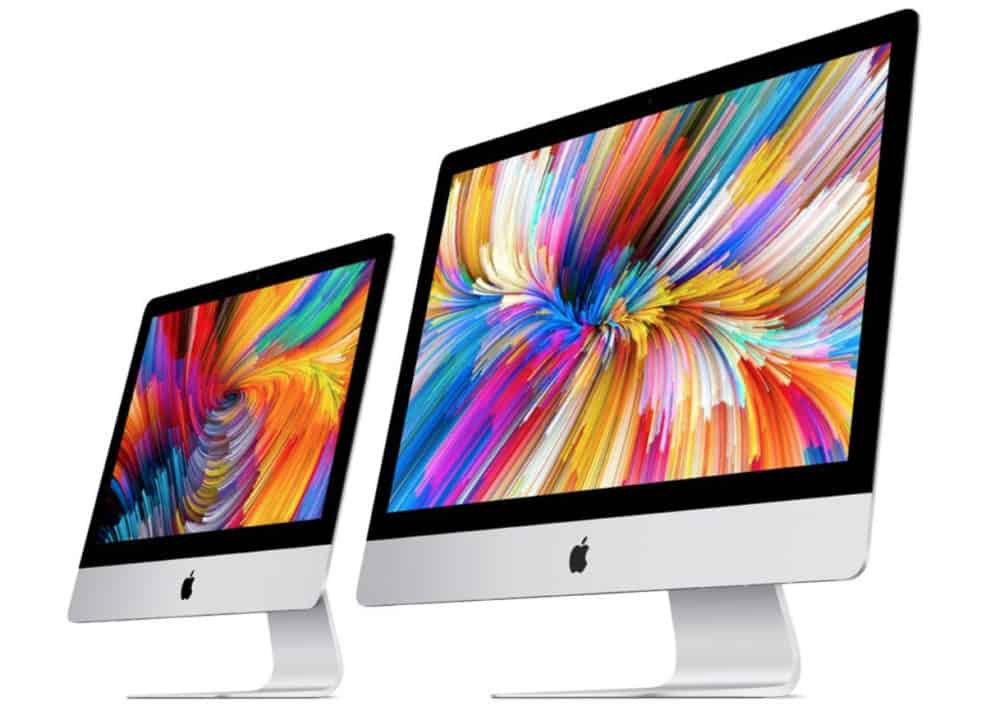 The Surface Studio offers the NVIDIA GeForce GTX 980M with 4GB GDDR5 memory. The iMac offers the AMD Radeon R9 M395X with 4GB of GDDR5 memory. Both of these graphics cards are insanely similar in specs, which means that they should give very, very similar performance. 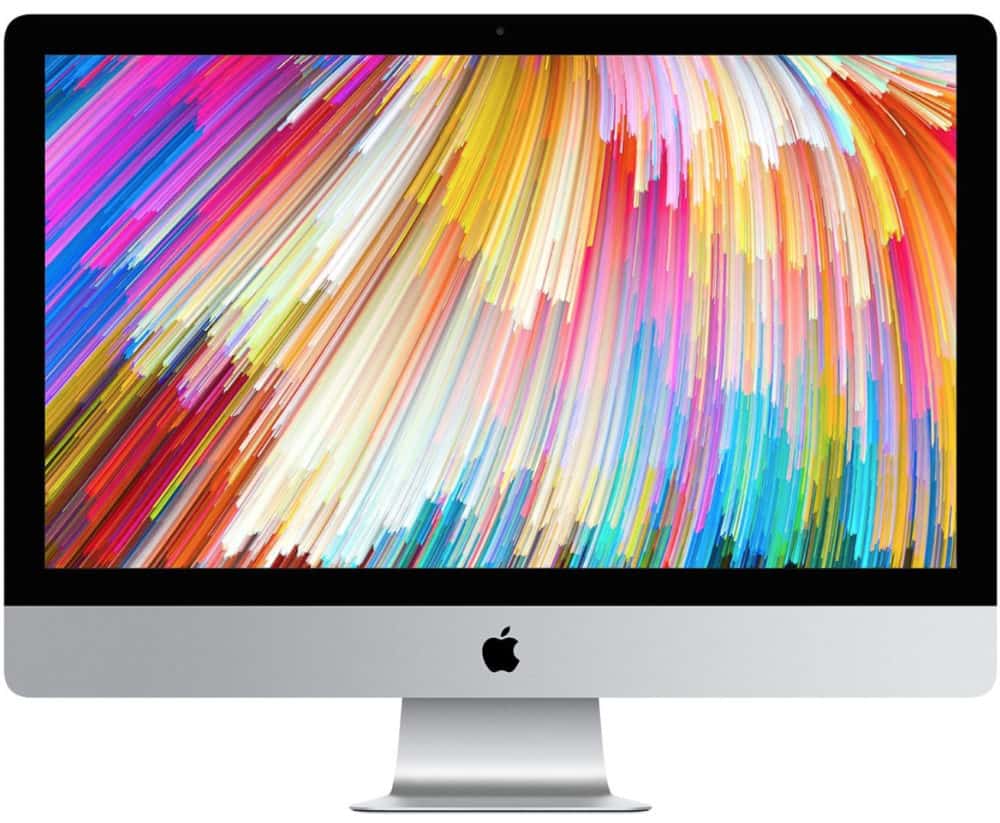 Keep in mind we’ve looked at the high-end version of both these machines. Spec-wise, technically the iMac beats the Surface Studio on most accounts. It’s got the better display resolution and the slightly better high-end CPU.

However, the display on these PCs makes the choice harder of which one you should buy. The Surface Studio is probably the better option for graphics artists due to its beautiful, bigger touchscreen. With the Surface Studio, you can say goodbye to any drawing tablet accessories and instead draw right on the screen itself. This is a huge boon to graphics artists.

However, the iMac has a higher resolution and a better color display, which means it should appeal more to those that work in video or Photoshop.

If you don’t need that much power, and 90% of people do not, then you’re 100% better off going for value for money when it comes to iMacs. And for value for money, nothing beats refurbished iMacs. Why? Simple: you can save a FORTUNE and still get a supremely powerful machine.

Check out Gazelle, for instance – it offers a huge range of MacBooks, iPads, and iPhones all at vastly reduced prices, meaning you can pick up a top of the line iMac/MacBook for around 40-50% less when compared to buying new.