How To Set Up Voicemail On iPhone (The Fast & Easy Way)

Voicemail used to be one of the biggest features of a mobile phone plan, but now it’s one of those features not many people use. As a matter of fact, as far back as 2014, NPR explored the reasons why millennials (and those who come after) hate the service.

The biggest reason voicemail has become so passed? There are just better, faster, more convenient ways to get a message to someone: like via text, iMessage, or WhatsApp. Voicemail also takes a relatively long time to access. You can quickly glance a text message, but with a voicemail you often have to log into to retrieve the message and then listen to the sender ramble for dozens of seconds about something they could have conveyed in a text message that takes two seconds to read.

As a matter of fact, some reports that have explored the decline of voicemail say the service is really only used by two types of people anymore: older parents and business people. But that still doesn’t lessen the annoyance of the receiver when they have to listen to the voicemail from mom and pop or the used car sales guy.

All that being said, as voicemail is still thing, and carriers do offer it with every account, iPhones support voicemail. Here’s what you need to know if you want to set it up.

How To Set Up Voicemail On iPhone

Setting up voicemail on an iPhone is pretty easy. These steps are specifically for iOS 14 and above, but they should be nearly identical for people who are still using older operating systems like iOS 12 or iOS 13.

Here’s how to set up voicemail on your iPhone:

Your iPhone now has voicemail set up.

Finally, the iPhone allows you to save and share voicemails (yeah, if you have to listen to it, why shouldn’t other people have too as well?). If you want to save or share a voicemail, do the following: 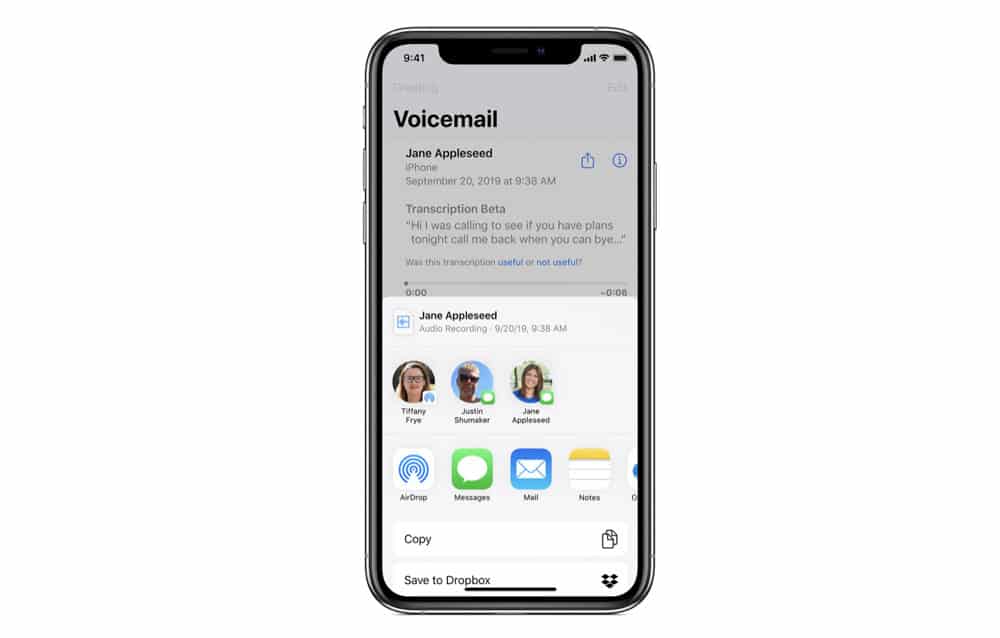