How To Hide Photos, Videos & Albums On iPhone – Protect Your Private Pics!

The Photos app on iPhone has long had an album called “Hidden.” The Hidden album was meant to be a place to store your private photos. But until iOS 14, anyone with access to your phone could view the album. Now that’s changed, and uses can finally hide the Hidden Album.

This is in addition to the already-existing capabilities of the iPhone Photos app to hide your private photos and videos you’d rather other people who may have access to your iPhone see.

What The iPhone Photos App Hidden Album Is For

In other words, there are a ton of other reasons why everyone should take advantage of a Hidden album.

That being said, the way iOS 13 and earlier handled the iPhone’s Hidden album was a bit baffling. Yes, placing a photo in the Hidden album would remove that photo from view from the main Photos library. Yet anyone who had physical access to your unlocked iPhone could simply open the Photos app and tap Album view and scroll down and see the Hidden album right there. Tapping on it would give them access to all the photos Hidden in it.

With iOS 14, however, you can actually hide the Hidden album from view. But it should be noted that this still isn’t the most secure thing. After all, if someone knows how to unhide the Hidden album–they can simply do that on your iPhone and then view the pics anyway.

What Apple should really do is allow users to set a PIN, or require Touch ID or Face ID to unlock the hidden album. Until then, at least with iOS 14, the Hidden album is a little more hidden.

How To Hide Photos & Videos On iPhone In iOS 14

Before we get to hiding the Hidden album, let’s explain how to actually hide photos and videos in iOS 14:

After following the steps above, the photos and videos you selected will be removed from Library view and be visible in the Hidden album.

How To Hide The Hidden Album On iPhone In iOS 14 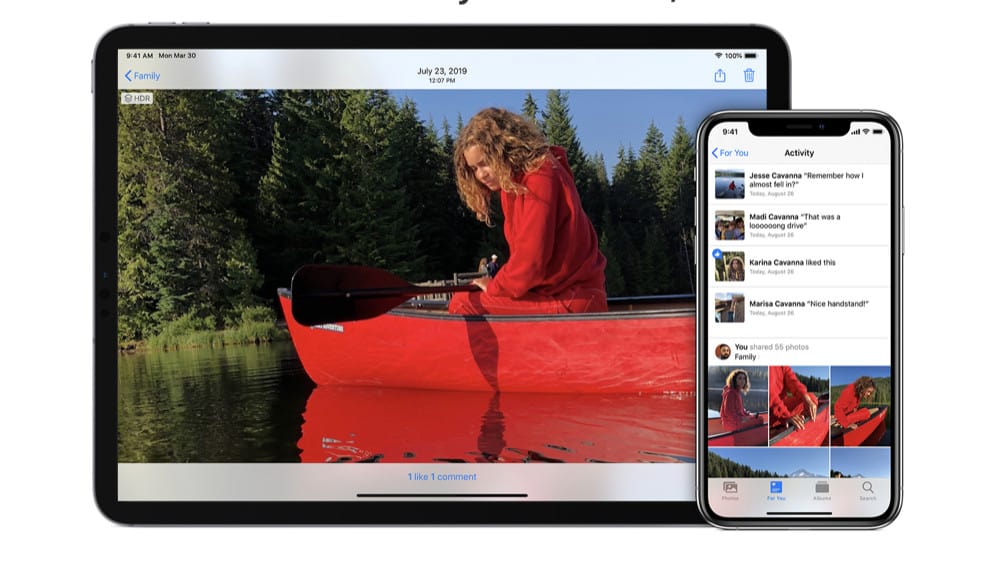 Once you’ve got a Hidden album with photos in it, you’ll probably want to hide that album from view in the Photos app entirely, too. Again, if you do not hide the Hidden album, anyone with access to your iPhone can easily see the album named “Hidden” if they open up your Photos app. Unless you hide this album, it’s essentially a big sign saying “HEY LOOK HERE AT ALL THE PHOTOS AND VIDEOS I DON’T WANT ANYONE TO SEE.”

So again, it’s a good idea to hide the Hidden album as well. Here’s how:

Interested in photo security? Be sure to check out Google Pixel’s Locked Folder feature!

Want to make GIFs? Here’s how to make a GIF on iPhone! And here’s how to transfer photos from iPhone to iPhone! Plus be sure to check out how to delete albums from iPhone!