How To Blur Your Background When Video Calling In Skype

In today’s world, we’re relying on video chatting more than ever. And while the latest darling of the video chat world is Zoom, especially when it comes to people in the business world that find themselves stuck working from home, Skype is still the biggest and one of the oldest names in video calling.

Still, plenty of people love Zoom because of its abilities to let the user replace their background with any image they want.

No SCIP Lab members commented on my tongue-in-cheek #Zoom background from this afternoon's meeting. Embrace the dark side! pic.twitter.com/FceZcrN3wj

Randomly changed my backgrounds during Zoom meetings today and no one said a thing. #zoom pic.twitter.com/aa83PlqqIW

But while Skype might not let you swap out backgrounds, it does give you the ability to blur the background. After all, haven’t you ever had a Skype video call only for it to begin and in your video thumbnail preview you realize that your room behind you looks like a drunken tornado rolled through on a bender? Of course you have. It’s happened to all of us.

MORE: Wi-Fi Calling On The iPhone: How To Use It (In 4 Steps)

But now that eternal shame of accidentally letting people know how messy we are while we’re trying to have a professional video call is a thing of the past. That’s because Microsoft recently rolled background blurring effects to all Skype users no matter what platform you’re on–Windows, Mac, or web. As Microsoft reveals:

“Background blur in Skype is similar to background blur in Microsoft Teams. It takes the stress out of turning on your video and puts the focus where it belongs—on you! With a simple toggle, right-click, or even through your Skype settings, your background will be instantly and subtly blurred, leaving just you as the only focal point. Background blur in Skype and Teams uses artificial intelligence (AI)—trained in human form detection—to keep you in focus during your call. This technology is also trained to detect your hair, hands, and arms, making a call with background blur just as relaxed and easy as a regular video call.”

But how to use it? We’re glad you asked… How To Use Skype’s New Background Blur Feature

First make sure you’re using the latest version of Skype on your PC or Mac, then launch the Skype app. Now:

As soon as you toggle the switch to on you should notice that the background behind you now appears blurred to you and everyone you’re talking to in the video chat. The blur that will be applied is a nice bokeh effect and it’ll remain that way as long as the video chat continues unless you manually toggle the blur switch to off. 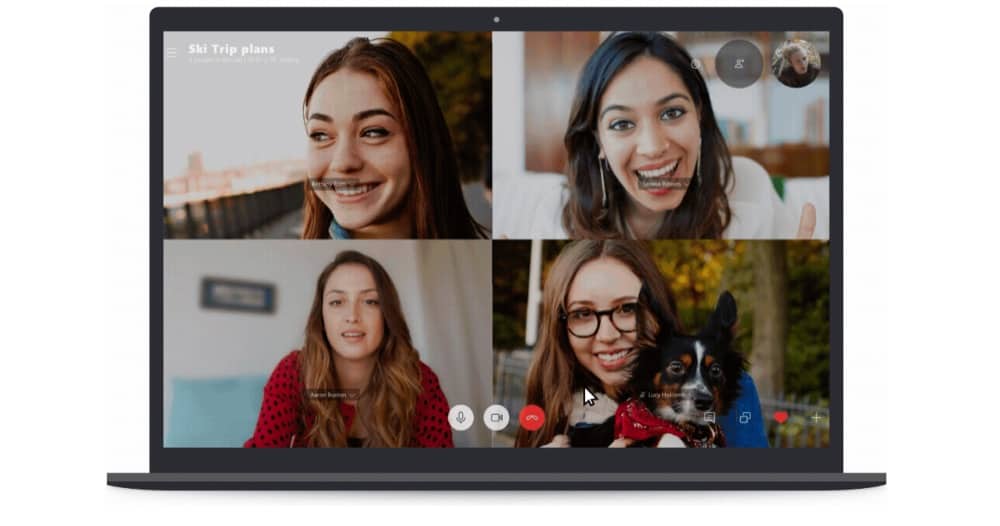