Here’s The Deal With Huawei’s HongMeng OS (AKA “HarmonyOS”)…

Huawei’s been working on HongMeng OS – don’t call it an Android replacement – for a while now. In fact, it’s actually called HarmonyOS. So, what’s the deal? Let’s have a look…

The proverbial poop hit the fan for Huawei in 2019. Trump, concerned with spying by the Chinese government, set in motion a chain of events that saw Huawei blocked from using Google’s core Android services – Google Play, Gmail, YouTube, Chrome. Everything.

Bottom line? Huawei’s plans for its phone’s future is currently in flux.

Even Facebook followed suit, keen to secure itself some positive PR for once. Then Qualcomm. And for one of the world’s #1 phone manufacturers, this couldn’t have come at a worse time. Huawei spent billions growing its brand and stealing customers from Apple and Samsung over the past five years. And then, plop, it’s banned from using Google services

Never one to take a slap in the chops sitting down, Huawei formulated an exit strategy, a way of continuing with or, most likely, without Google. And that strategy is where its HongMeng OS (AKA HarmonyOS) comes into play.

Back in 2019, Huawei officially took the wraps off of HongMeng OS. Officially, the operating system is now called HarmonyOS. But HarmonyOS isn’t just a phone OS. Rather, as the name suggests, this operating system is about EVERYTHING – from phones to smart displays and wearables to everything else in between. 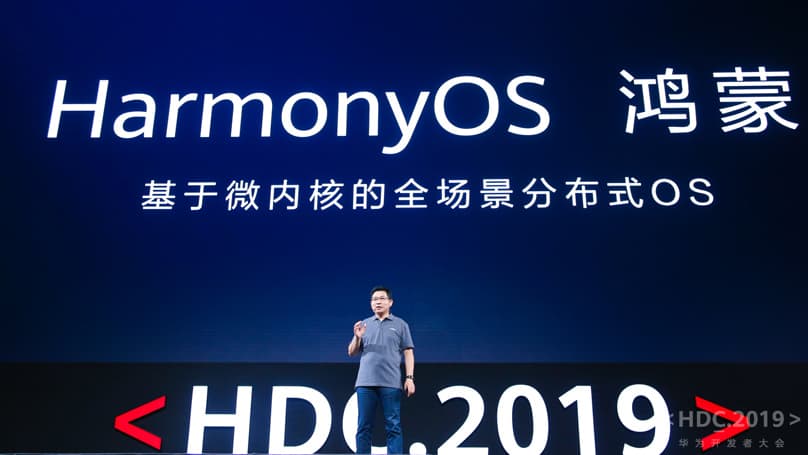 And before the Huawei/Android saga kicked off, Huawei was hard at work on HarmonyOS. Concerned with its reliance on Google services, Huawei opted to build itself its own OS, something it could use either alongside Android or, if the worst happened, in its place. That’s called hedging your bets, and it is a smart move because no one knows how this whole Huawei Android ban thing will play out.

Prior to HarmonyOS being launched, back when it was called HongMeng OS, most figured Huawei was simply building an Android competitor. As it turned out, this was only half true. HarmonyOS is more than just a phone operating system – it will serve and run on multiple device types over the coming years, from wearables to smart screens.

Discussing HarmonyOS, Richard Yu, Huawei CEO, said: “We’re entering a day and age where people expect a holistic intelligent experience across all devices and scenarios. To support this, we felt it was important to have an operating system with improved cross-platform capabilities. We needed an OS that supports all scenarios, that can be used across a broad range of devices and platforms, and that can meet consumer demand for low latency and strong security.”

He added: “You can develop your apps once, then flexibly deploy them across a range of different devices” – this is the key difference between HarmonyOS and iOS and Android. And it’s a rather compelling difference too. Imagine creating an app for a phone that could simply transfer over to a smart screen with just a few additional lines of code?

HarmonyOS has echoes of Google’s experimental Fuchsia platform, that too was designed to run on multiple device types. However, unlike Google, Huawei has plenty to fight for right now. It needs to make HarmonyOS not only work but also attractive to developers in order for it to even have a whiff of success in the coming months and years.

HarmonyOS is based on a microkernel and runs on just 100 lines of code. This might sound trivial but it is a huge aspect of what could make HarmonyOS very successful with developers in the coming months and years. Android runs on 100 million lines of code, FYI!

Huawei says the architecture of HarmonyOS will ensure it performs better than Android in nearly every conceivable way (save for apps selection, that’ll still suck for years to come). But it is this microkernel and its nature that’ll help Huawei score more developers because its Integrated Development Environment (IDE) and a distributed architecture kit will allow for apps to be deployed on multiple devices.

The IDE, when combined with HarmonyOS’ ARK complier, will let developers code their apps once and then deploy them across a whole range of devices. You cannot do this on Android and you certainly cannot do it inside Apple’s ecosystem. It’s a big deal and if I were a developer it is something that would immediately pique my interest. Imagine only having to invest in the coding of one application, and then being able to deploy it across multiple devices? It’s seriously cool.

No, not right away. The first devices to use HarmonyOS will be TVs (the Honor Vision Smart TV) and various IoT devices, as well as wearables in the coming months and years. Right now, Huawei is still using Android in its phones, albeit a stripped-down one that doesn’t feature any Google apps, and no one knows how this situation is going to play out.

Huawei has to convince the US government that it isn’t a threat. And judging by how Trump reacted to Huawei being involved in the UK’s 5G rollout that situation doesn’t look like it’s going to cool down any time soon. If Huawei cannot get Android Proper back on its phones, we could well see HarmonyOS come out on select Huawei phones in 2020 and 2021.

If HarmonyOS does come to phones, however, the transition will not be pretty. Can you imagine using a phone that doesn’t have an app store packed with hundreds of thousands of apps? Could you use a phone if it didn’t have Twitter or Facebook apps? Or YouTube? Hell, it wouldn’t even have things like MyFitnessPal and Tinder! I certainly couldn’t.

And it here where Huawei will have to figure things out. Pull the trigger too quickly and it’ll look foolish, just as Samsung did with Tizen. Leave it too late and no one will care. This is why HarmonyOS is coming to “other” devices first; it gives Huawei time to build up a base of developers and coax over other big players to its platform. Either way, it is going to be a monumental undertaking.

Still, I think HarmonyOS is Huawei’s long-term plan anyway. Being tied to Google is not what it wants. Why? Simple: all the billions of dollars generated by Huawei users using Android phones goes back to Google. Huawei only makes bank on the hardware and supplementary apps that it installs on its phones (and no one uses them).

In fact, this is probably the #1 reason why it has been working on HarmonyOS for the best part of a decade now. Huawei is thinking 10-years from now, not 2021. It’s looking beyond phones and how to get away from Google. And that, for me, is perhaps the most interesting thing about HarmonyOS as it stands right now. It has the potential to be a brand new, holistic operating system that could go on to become a super-power just as Android and iOS have over the past decade or so.

Or… it could end up like Tizen and BlackBerry 10. 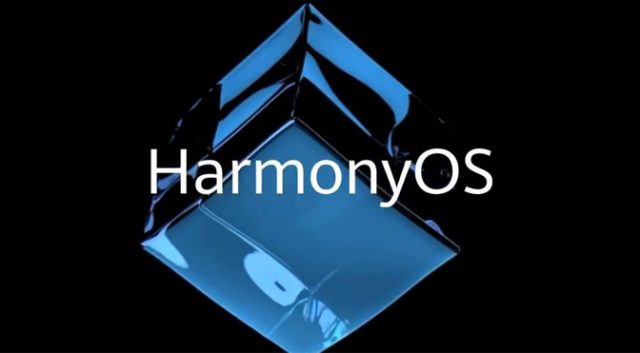