You’d have to be living under a rock not to have heard about Bitcoin, it’s the cryptocurrency to rule them all. You may have also heard the term “blockchain” being thrown around when people talk about bitcoin. Some people even think “blockchain” is just another word for bitcoin–but this is hardly the case. Blockchain refers to the underlying technology that bitcoin runs on.

It’s what allows bitcoin to be traded globally and in relative privacy. It’s important to note that blockchain is a highly complex technology that full books could be–and have been–written about. But in this article, we are going to distill it to its simplest and most basic.

The most common phrase used to describe blockchain is that its a “digital ledger” stored across millions of devices. Like a giant spreadsheet containing millions of bits of data, a blockchain can be read and have information added to it, but information already on it can never be deleted or altered.

The “block” in blockchain comes from the fact that every record of new transactions is stored in its own block of data. While this data can be read by almost anyone, no one can claim ownership over it unless they have a digital key that unlocks the block. This digital key, in regards to bitcoin and other cryptocurrencies, is the number of your wallet.

Why Is It So Secure?

There are multiple answers to this question, and they depend on how you define security. But first, it’s important to go back and point out that, unlike traditional digital accounts, such as bank accounts or even cloud storage accounts like Dropbox where people store their documents, the blockchain has no middleman.

Traditionally, again with bank accounts or cloud storage solutions, that middleman is the bank’s or cloud storage provider’s server your information is stored on. The blockchain has no such centralized server. Instead, its information (blocks of data) are stored across millions of independent computers, sliced into chunks, on the Internet.

This is one reason blockchain is so secure–as there is no centralized server, there’s not one place for hackers to attack. The decentralized nature of blockchain also means a company or government wouldn’t be able to seize the digital assets stored on blockchain as they are anonymous and stored in parts across millions of devices.

This is another reason blockchain is so secure–its owners are virtually anonymous. Their information on the blockchain is only tied to their unique key that lets them access the data. It’s not associated with their real name, address, or identification numbers. Of course, this level of privacy means bad actors are abusing blockchain tech to commit crimes.

Is Blockchain Only For Bitcoin?

“Blockchain serves as a bookkeeping platform or ledger that is incorruptible, enforces transparency, and bypasses censorship. By tackling issues of financial, political and institutional corruption, this has the potential to create massive social change—and greatly protect the human rights of every individual.”

Because of this, blockchain can be used to send financial aid directly to refugees, without the fear that corrupt governments might keep the money for themselves. The technology also allows impoverished people to safely store their money on the blockchain without needing to worry about being close to a bank branch–or even that bank collapsing.

Blockchain, because it is an incorruptible ledger, can also be used to tackle voter fraud–making sure votes aren’t rigged.

In other words, blockchain stands to revolutionize almost all areas of our lives–and chances are it will long outlive some of the technologies that rely on it, like Bitcoin. 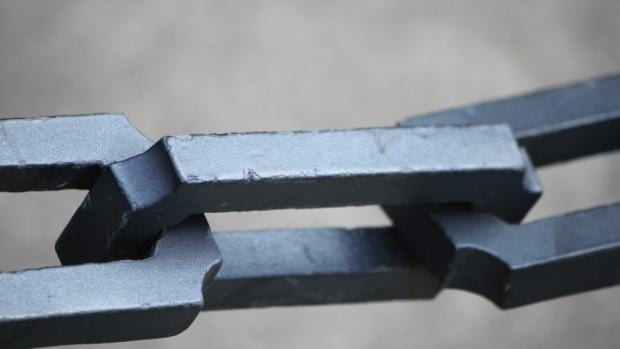