Alexa vs Siri: Which Digital Assistant is Actually The Smartest?

Which digital assistant is smarter – Siri or Alexa? In order to find out, we decided to put the two smart assistants to the test…

We live in a world driven by technology to the extent that we now rely on them for assistance. The most common nowadays are voice assistants, and two popularly used ones are Amazon’s Alexa and Apple’s Siri.

To get a picture of how much these voice assistants are relied on, let’s consider some stats.

Back in 2016, Alexa only had about a thousand skills in her catalog. Currently, the catalog boasts of over a hundred thousand skills, with about 20,000 added every year. Furthermore, in 2019, Alexa was present inside the most popular smart speaker product, with over 10 million units shipped across the globe.

For Apple’s Siri, this voice assistant dominates in the United States. This isn’t surprising as many people from the US use iPhones and iPad, which features Siri by default. In fact, about 98% of iPhone users have tried Siri – 98%!!

Well, here we will be looking at which is better among the two virtual assistants – Amazon Alexa or Apple Siri.

Alexa is a cloud-based virtual voice assistant launched by the eCommerce giant, Amazon; it was launched in 2014. As a smart voice assistant that uses AI, Alexa can help you to streamline mundane processes. 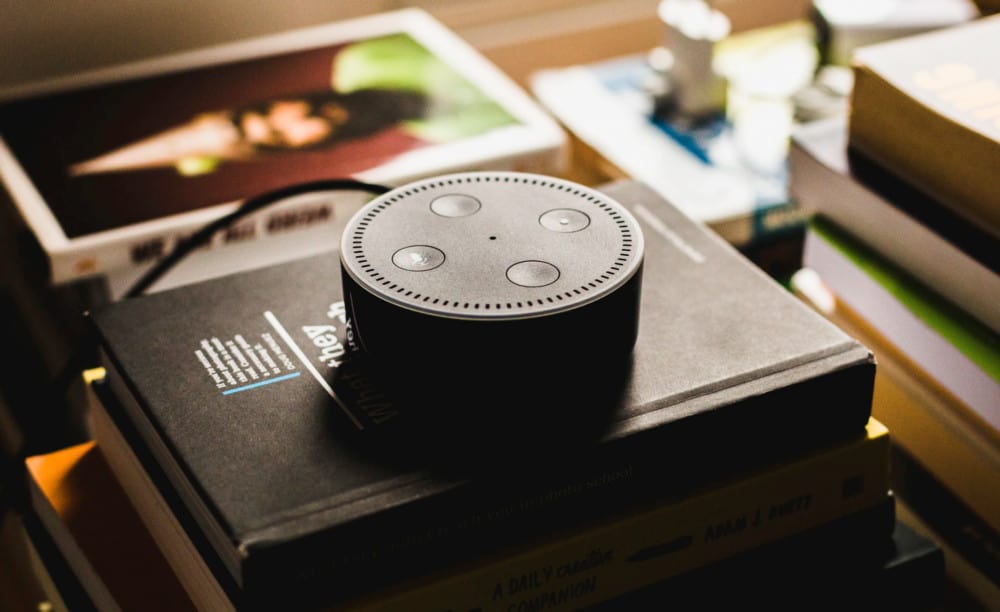 Alexa is tagged “voice assistant,” as it is controlled with your voice. It uses AI to recognize your voice and will act on your instructions alone. You can as well refer to Alexa as a personal assistant.

Also, you can use Alexa as a home automation system to control several smart home devices. Most of the modern smart home gadgets being produced have support for Amazon Alexa. Alexa comes with built-in skills, but you can simply install extra skills if you want other functions.

Primarily, Alexa is available as a speaker along with Echo but, it now goes with a companion app that can be downloaded from the app stores of compatible devices. The most popular Alexa speakers used today are the Echo Input and Amazon Echo Plus.

Siri is a part of Apple products. It is the default voice assistant on all Apple gadgets, including iPhones, iPad, iPod touch, Apple Watch, Airpods, HomePod, and Mac OS. It was launched in 2011 when it was integrated into the iPhone 4s which implies that came before the Amazon Alexa. Siri uses AI too for voice recognition and commands execution.  You can use Siri to make calls and send text messages simply by asking. However, with the iOS 14 release, Siri does more even without you asking. If connected on Apple AirPods, messages and notifications are automatically read out when they come in.

Other things you can do with Siri include setting timers, alarms, reminders, play music, and getting directions. In fact, you can activate almost any function on your Apple Device with Siri; just say it.

Although Siri is used mainly as a voice assistant on the iPhone, more people are beginning to utilize the Apple HomePod. With the HomePod, you can use Siri as a smart home device so long as the other devices are compatible with Siri. You can use it to turn on/off the lights, heat system, cooling system, shut doors, and operate cameras.

Siri also functions like an encyclopedia such that you can ask it any question and get the answer in seconds. You can ask about math, sports games, currency rates, etc.

Alexa vs Siri – Which Is Better? 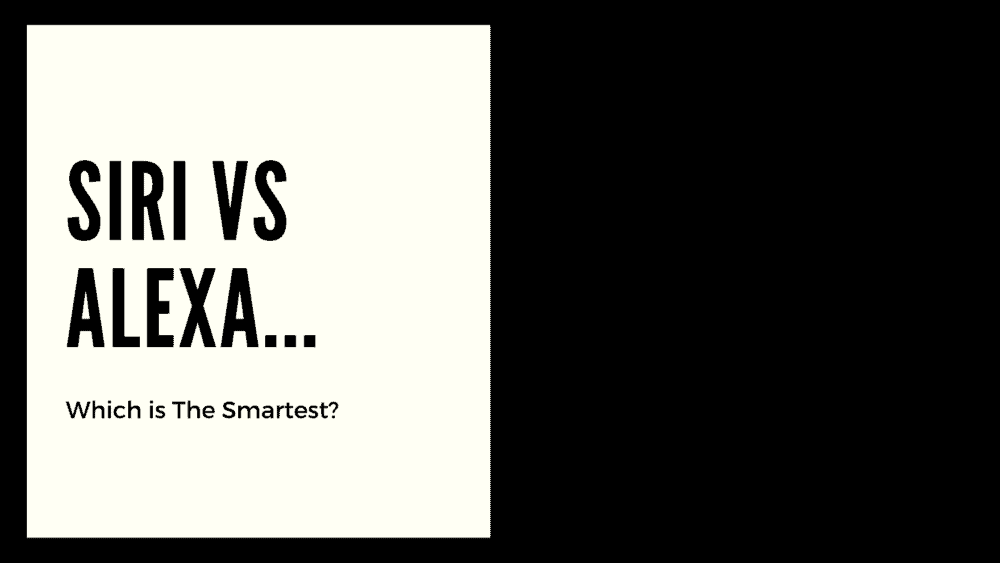 We tested the performance of Alexa and Siri with 15 questions based on general knowledge. Alexa performed exceptionally well with a high level of comprehension. Hence I do not have to repeat myself many times.

Amazingly, Alexa answered 95% of the general questions correctly and provided additional contexts, including sports and current affairs questions. Siri had an outstanding performance, but Alexa edged out Siri with a small margin.

However, Alexa could not give satisfactory answers to some of the questions asked, although it offered the best information in sports and asked for clarifications when asked ambiguous questions.

Alexa vs Siri – Music and Podcast

Alexa integrates with Amazon Music, while Siri Integrates with Apple Music, which has a more extensive music database than Amazon Music. Alexa and Siri both played Sophia Hawkin’s ‘As I lay me down,’ Billie Eilish’s ‘When the party’s over,’ and other music requests cutting across generation and genre.

Additionally, Alexa and Siri’s performance in the podcast section was incredible; both played wake up/wind down, Crime Junkie, etc. In terms of audio support, Alexa supports audio playback to Sonos speakers, Siri can play audio on all connected speakers and Apple TV. If you need a virtual assistant service to manage your speakers, Siri makes a better choice.

Despite Siri’s sterling performance in the music and podcast section, Siri does not support third-party music streaming services such as Spotify, Pandora, Deezer, Amazon Music, and YouTube Music.

Winner? Siri has a more extensive music library, and it can also play music on all connected speakers and Apple TV.

Virtual assistants are useful for shopping as well. In this section, Alexa has the upper hands for its integration with Amazon. Alexa can search the Amazon catalog for matching results of purchase requests and then add it to your Amazon cart.

Overall, Alexa handled all my requests, including books, games, and groceries, although I had to use the Amazon app to complete my order and checkout. My shopping experience with Siri leaves much to be desired, although I didn’t expect Siri to perform better in handling online shopping.

Winner? Alexa because Alexa integrates well with Amazon and can fulfill all shopping requests made.

Echo Show users can place video calls to other Echo owners or users using Alexa on their mobile devices only. Also, if you have Echo devices in your home, you can broadcast messages to the Echo devices using Alexa’s intercom feature.

If you’re a Siri user, you can compose and send emails and have Siri read back your messages and texts, apart from calling and sending messages to Siri and non-Siri users. Also, Siri integrates well with WhatsApp and other messaging apps.

Here, Siri edges out Alexa as the only virtual assistant that can call emergency numbers and make international calls.

Alexa and Siri are both developed to integrate with smart home devices. In fact, both Alexa and Siri work well with a wide range of IoT-enabled devices, not on Amazon or Apple platforms.

However, Siri does not integrate with Logitech Harmony Hub, which doesn’t also work with Apple’s HomeKit. Hence, it is wise to check both Apple and Amazon’s list of supported devices when opting for connected Smarthome devices.

Alexa performed well in offering local directions but had a dismal performance when it comes to public transit. This implies that you shouldn’t rely on Alexa in terms of directions regarding public transit. Besides, Alexa couldn’t give me an accurate traffic direction.

Nevertheless, Siri performed much better both in local and transit directions. This feature is much enhanced with Siri’s ability to start GPS navigation automatically. Siri can also give you reasonable time estimates and suggestions for the fastest routes; however, the downside of the Siri on HomePod is that it can’t send essential traffic information to your phone.

Winner? Siri, because it can provide you with accurate timing and reasonable suggestions.

Both Alexa and Siri performed outstandingly by instantly obeying commands or giving prompt and accurate answers most times. Alexa was able to obey complex ‘and’ commands. E.g., you can ask Alexa to turn down the temperature and switch on the living room lights. However, with Siri Shortcuts, you can create custom phrases that allow Siri to obey ‘and’ commands.

For multiple voices, you can train Alexa to recognize your voice and make various voice profiles, enabling you to get personalized responses.

On the other hand, you would have to train Siri to recognize your voice before configuring it to respond to its wake phrase of ‘Hey Siri.’ This prevents Siri from accidentally spilling your personal information to a third-party.

However, if you’re using an HomePod, Siri would respond to its wake phrase from any third-party voice within its hearing range.

Winner? Alexa can be trained to recognize your voice amidst multiple voice profiles.

You can extend Alexa’s functionalities with over 70,000 third-party skills, which cuts across several categories. You can also create third-party integrations using web services. On the other hand, only apps approved by Apple can extend Siri’s functionalities by integrating with it. Some of these apps include ride-sharing, to-do, and messaging apps.

Winner? Alexa because it can extend its functionality by integrating with over 70,000 third-party skill apps.

Alexa Vs Siri: And The Winner Is…

Now, it’s time to decide a winner. No doubt both virtual voice assistants have their pros and cons and the best one for you would depend on your needs and convenience. However, when put side by side like we just did, Alexa outperforms Siri.

Siri only outperforms Alexa when it comes to music, courtesy of iTunes, and direction, courtesy of Apple Maps. In every other category compared herein, Alexa beats Siri.

Most importantly, Alexa wins as its functionality can be increased. Hence, there’s no limit to what she can do for you.