It’s not even 12 months since the first RAZER phone was launched, and here we are talking about the RAZER Phone 2.

Things move fast in the mobile space, especially if you’re a smaller, upstart brand like RAZER.

So, what’s new with the RAZER Phone 2? Quite a bit as it goes. The phone has been redesigned, it looks freakin’ great too, there are new specs, new features, and even a wireless charging stand which has Chroma LED lighting effects built into it.

But first, let’s take a look at the specifications for the RAZER Phone 2.

If you’re a hardcore Android gamer, and, no, I’m not even sure people like that exist, this is the phone for you. It is built from the ground up to be a gaming handset.

But unlike the first-generation RAZER phone, this one is more than just a gaming phone; RAZER wants the RAZER Phone 2 to also be a good daily driver option for those looking for something a little bit different.

The display has been improved, though it is not OLED, and is 50% brighter than the previous model; the design has been improved also; the addition of wireless charging is significant too; but mostly, the thing you’re going to be paying for is the performance.

The RAZER Phone 2 has a “vapor chamber” cooling system that is designed to ensure the phone runs cool, even when it’s being heavily taxed. Things like this will help create reliable, consistent performance across the board.

Case in point: benchmarks have shown this phone to perform better than the OnePlus 6. Keep in mind that both phones use very similar hardware as well.

The big USPs here for me, are as follows:

On top of this, you also have IMX sensors inside the 12MP dual-lens camera on the rear. This sensor is basically what’s inside all the top flight Android phones. It is a brilliant sensor and it captures stunning images.

The handset is retailing for $799 right now; that’s cheaper than the vast majority of new Android and iPhone releases, but $100 more than the RAZER One. You can see all the latest deals (as well as additional options and configurations) for the RAZER Phone 2 right here. 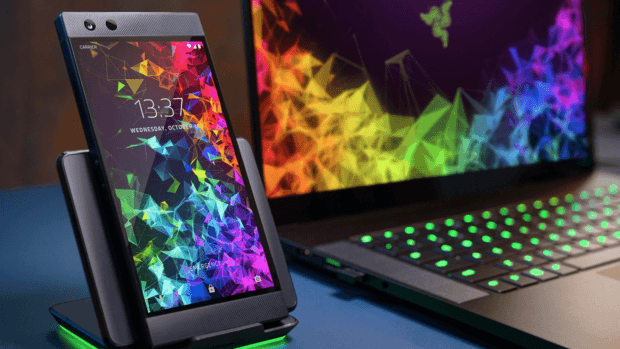