Nokia’s made yet another big splash at MWC. This year the company has launched its brand new flagship, the Nokia 8 Sirocco. This phone is designed to do battle with the Samsung Galaxy S9 and iPhone X. But does it cut the mustard?

First, let’s take a look at the Nokia 8 Sirocco’s specs:

“The Nokia 8 Sirocco joins the Android One family,” said HMD at launch, “offering a high quality software experience designed by Google. It will stay fresh over time with the latest Google innovations and regular security updates. With its pure Android installation, the Nokia 8 Sirocco comes with no unnecessary UI changes or hidden processes that would eat up your battery life or slow it down so you can enjoy your phone for longer. As with all Nokia smartphones in the Android One program, the Nokia 8 Sirocco will come with a limited number of pre-installed apps so that you’ll get more storage space.””

The Nokia 8 Sirocco will arrive in the UK on April 23 for £650, as revealed in a pre-order listing with Clove UK. It’s only available in black from this supplier, however, but it does come with 128GB storage. HMD revealed the release date as some time in April, but Clove’s listing narrows it own. Also, HMD showed the RRP in Europe as €749, which is not far off when you convert it into GBP.

The handset is very attractive. It’s slim, premium looking, and, as you can see above, packs in plenty of specs. The idea here is simple: beat Samsung, Apple, and Google at their own game. Nokia has a lot of pedigree when it comes to design, and the Nokia 8 Sirocco is no exception.

The Nokia 8 Sirocco is built from a single slab of stainless steel. This gives it a very premium look and feel. The edges are curved and contoured beautifully and the entire package, IMHO, is a very compelling one indeed. I’d buy this phone. In a heartbeat.

The display, an OLED setup, is stunning – it’s OLED, so this is kind of a given. The screen is an edge-to-edge setup, which is par for the course these days, though it is a bit smaller than most at 5.5in. Not that this is a bad thing; I actually prefer my handsets a little smaller.

The camera on the Nokia 8 Sirocco, again, matches what Samsung has come to the table with inside its Galaxy S9. You have a dual-lens 12MP sensor on the rear with a telephoto lens, which means excellent portrait shots (hello, bokeh) and crazy quality on zoomed in objects.

The front setup isn’t quite so good; it’s a 5MP camera, though this should be more than ideal for most selfies and video calls. The rear camera is Zeiss branded too, and initial experiences with the rear one, in particular, looks VERY strong indeed. This could be a real winner for Nokia in 2018.

This is one bad ass phone. It’s cheaper than the Galaxy S9 and it looks truly awesome in the flesh. I am very impressed with the Nokia 8 Sirocco; it’s way better than I was expecting – especially on the design front.

The only potential downside is that it’s using a Snapdragon 835 CPU, which now plays second fiddle to the Snapdragon 845 which you’ll find inside the Galaxy S9 handsets. Is this a deal breaker? Not really, Nokia has reflected this in the price. Plus, the 835 CPU is still a heavy-hitter when it comes to performance.

All in all, I am very impressed. Kudos, HMD!

Available from early April, the Nokia 8 Sirocco will retail for a global average retail price of €749 excluding taxes and subsidies. 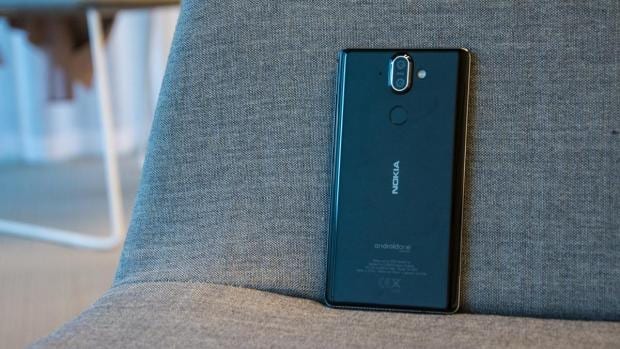