After a long rumour period, Nintendo’s new-gen console broke cover inside 2017 as the Nintendo Switch. Since launch, online gameplay on the console has been available free of charge, however, when the console was announced Nintento made it clear that this was temporary. Like Sony with the PlayStation Network (PSN) and Microsoft with Xbox Live, the Nintendo Switch would be getting a paid subscription service for access to online play. In the meantime, the free access was something of a “grace period” for those who bought the new console on arrival.

Whispers of the forthcoming online subscription service have been in circulation for some time, even before the Japanese gaming giant launched the Nintendo Switch console.

Now though, Nintendo has finally unveiled its plans for Nintendo Switch Online, including feature details, subscription packages and prices, and an official launch date.

Although Nintendo is revealing prices and features now, it also confirmed the service won’t be going live until September 2018, so if you own a Nintendo Switch, you still have a bit of time left for that free online play.

Nintendo has set up a number of pricing and subscription plans to choose from.

An individual account membership costs $19.99 per year, or you can choose from either $3.99 per month or $7.99 every three months if you want a shorter subscription term. Ultimately though, the full year should work out cheaper.

According to Nintendo’s FAQ, an individual user does not need distinct accounts for each system if they own multiple Nintendo Switch consoles – they can use the same account across several consoles; “Nintendo Switch Online can be used on any device by signing in with the Nintendo Account that purchased the membership.””

Nintendo is also offering a “Family” subscription package, which is only available as a 12 month plan at $34.99 per year, but this covers up to eight members in a group plan. Nintendo says “all members of the group will have access to Nintendo Switch Online.”

The main feature of Nintendo Switch Online is that it allows players the ability to play games with an online component online, with other players, whether in competetive or cooperative play.

Another major feature is that membership grants you unlimited access to a catalogue of classic NES games – at present it’s 20 titles with 10 being ready at launch and another 10 following soon after, but Nintendo will be adding more and more regularly as time goes by. Plus they’ll have online play support as well.

While Nintendo hasn’t revealed much about how it will work – though has promised more will be revealed closer to the September launch – Nintendo Switch Online will also feature a Cloud Save component to store your game progress data on the company’s servers.

Nintendo also promises a compatible smartphone app to “enhance your online experience,” plus members-only special deals and offers will also be forthcoming in the future.

It’s worth noting that you only need the Nintendo Switch Online membership for online play and the above features, not for buying games online, system updates, or anything else, but this latter point about offers does indicate you may end up getting opportunities to buy some games or game packs cheaper than non-members, as well as having access to Cloud Save and the rest. 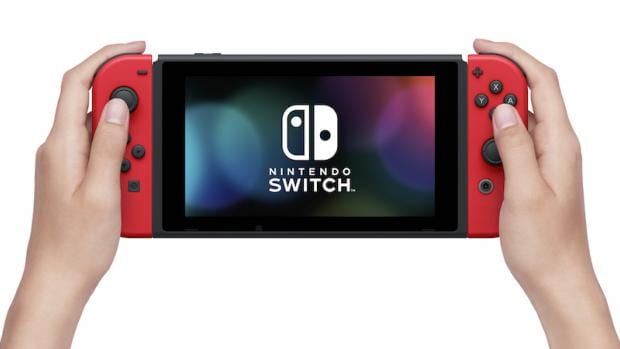