Can The iPad REALLY Replace Your Laptop? Maybe…

The recent WWDC keynote offered some of the biggest iPad news we’ve heard in a long time, outside of the regular hardware updates, of course. While many expected iOS 13 on the iPad to be a significant upgrade, what Apple gave us what something even more impressive; it has named the new software iPadOS, a welcome step which sees its various product ranges (iPhone, Apple Watch and iPad) all getting their own unique flavour of the company’s core operating system.

While the arrival of iOS 13 is great news for Apple fans (we can’t wait to use Dark Mode on our iPhone), the iPad really stole the show because this new update promises to blur the line between ‘tablet’ and ‘laptop’ like never before. When we reviewed the new iPad Pro a while back, we asked if it could really replace your computer; that’s certainly what Apple has been aiming for all these years, what with accessories like the Apple Pencil and the Smart Folio Case, the latter of which has a full keyboard and makes bashing out emails whilst on the train an absolute breeze.

Can The iPad Pro Ever Beat Windows 10?

However, there have always been elements which hold the iPad back; its interface is mainly touch-based and that can actually get in the way of productivity for some people. Then there’s the issue of multi-tasking; while the iPad does have primitive ‘split screen’ capabilities, it’s annoyingly hard to work on two different apps at the same time. And don’t get us started on files and data – the iPad Pro, in its current form, doesn’t even have support for USB thumb drives, which means most serious laptop users wouldn’t dream of using it as their go-to computer. 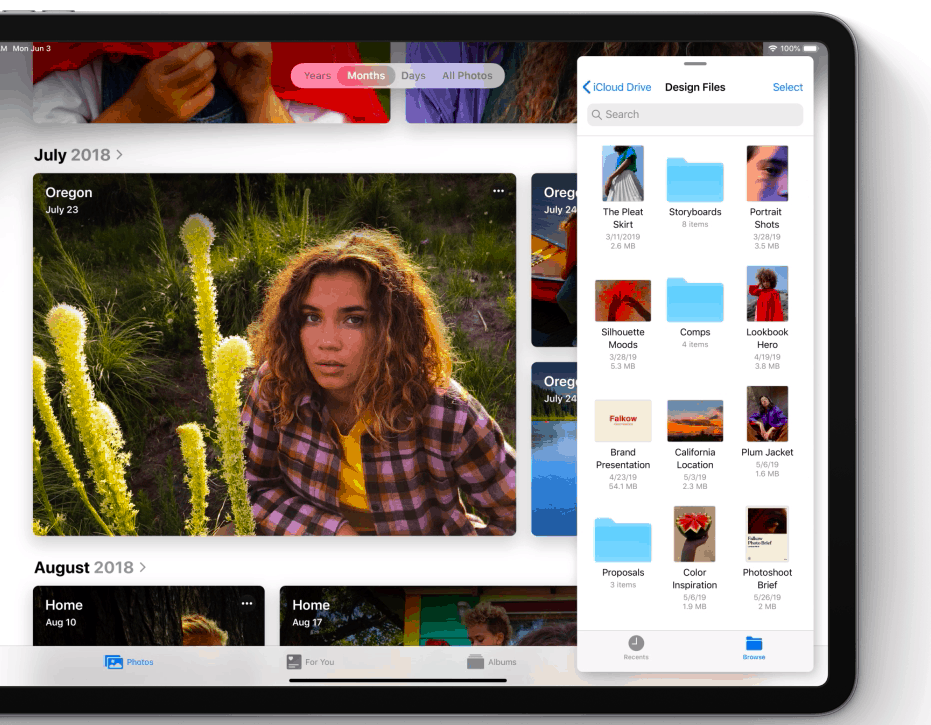 The iPad Pro is VERY Expensive. But It’s Still The #1 Tablet You Can Buy Right Now – And That’s Not Going To Change For A Long Time…

iPadOS changes (some) of this. The most important thing is that yes, USB drives are going to be supported, finally. This alone will make a huge difference in how people perceive the iPad; being able to freely move data around and load things up via USB storage is a game-changer and we’re already picturing the many ways this will improve the whole iPad experience for us, personally.

iPadOS is a Step in The Right Direction For File Management

This is backed up by a better file manager app, which will bring the iPad Pro more in line with a normal computer when it comes to browsing and manipulating files. Safari also gets an upgrade, which means it will play nicer with desktop sites and will include a built-in download manager.

To combat issues people have with the iPad’s interface, iPadOS has widgets you can slide in from the left-side of the screen, giving you more information than ever before at a single glance. Slide in from the right, and you can pin an app – like Messages – so it’s always within easy reach. You can also switch apps in Slider using an iPhone-like multi-tasking interface. Not only can you have multiple pages, you can have multiple pages of the same app – so you could have two Notes open at once. If all of this is sounding a little complex, then rest easy – App Expose, the darling of Mac users, is coming to the iPad. 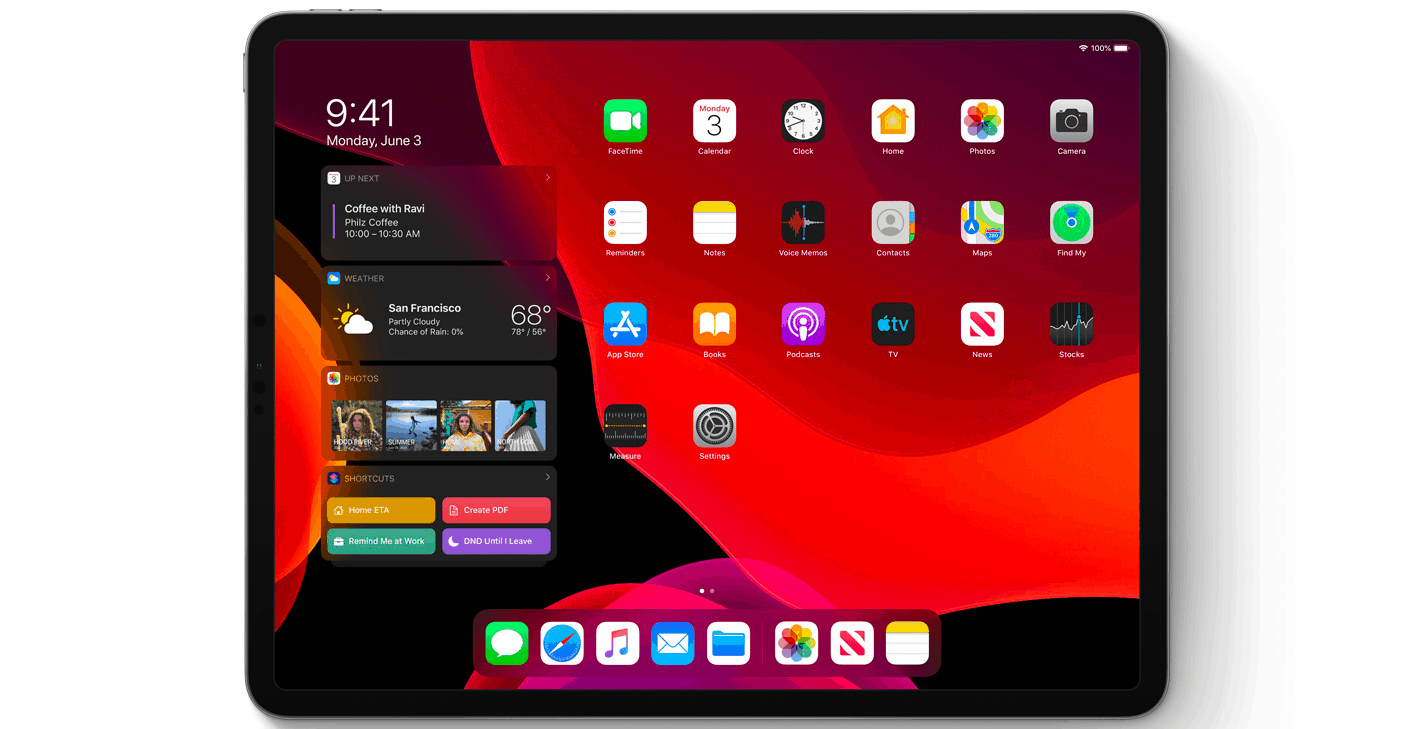 If all of this is sounding a little laptop-like, then don’t worry – that’s the intention. During the WWDC keynote it was striking just how much the iPad looked like a traditional laptop during the presentation; it’s clearly a world away from what the product looked like when it was first revealed all those years ago; basically a massive iPhone and little else. Add in the much-request support for USB mice and things become even more remarkable – could Apple really be close to turning the iPad into a real rival for your home computer?

What About Connecting iPad Pro To An External Monitor?

It’s certainly close, but perhaps not quite there yet. Connecting the iPad to an external monitor still isn’t on the cards, which is a shame because that could truly turn the product into some special. The UI is still clearly focused on touch-based controls, and that holds the iPad back slightly. App support – already a weak point for Mac users when compared to their Windows-using friends – is even worse; good luck trying to install anything that isn’t on the already limited iPad App Store. Of course, these constraints aren’t going to be deal-breakers for everyone, but they’re worth mentioning all the same.

Since the arrival of the iPad Pro, I’ve been using it as my ‘super portable’ work option. My MacBook Air is hardly bulky and I can take it with me pretty much everywhere, but if I need to leap onto something for a quick web search or email, then the iPad is a better option. I’ve even tried using it as my main work machine, and to be honest, it’s not far off being a suitable replacement, even without the benefits of this new iPadOS.

But there have been times when I’ve needed to do things a certain way and the iPad has failed me, and I’m not sure iPadOS will fix any of those moments. Still, it’s another step closer to the dream of having a single device which suits all of your needs, and that’s no bad thing at all.

Interested in iPads? Did you know you can pick up reconditioned iPads and iPad Pro tablets for 40% LESS via Gazelle. They look as good as new, and work just the same as a brand new one – but they’re just hundreds of dollars cheaper. 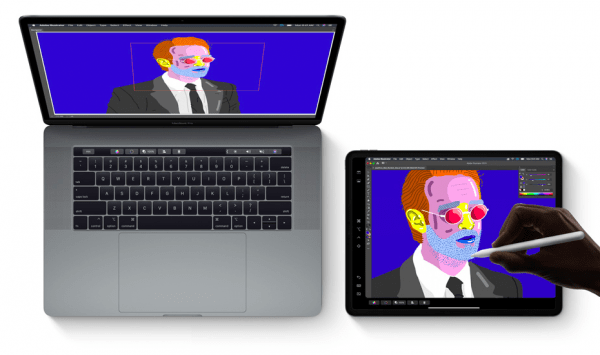