Which one is best for YOU?

w iPads this week. First was an update iPad mini—the first update the mini iPad has received in almost two years. Then we got a brand new iPad Air with a 10.5in display—the Air’s largest display ever.

Along with these new iPads, Apple also simplified the iPad lineup. The company now sells four models of iPad: the iPad Pros with Face ID and Apple Pencil 2 support, the new iPad Air, the entry-level iPad, and the iPad mini. The latter three of these devices all sport Touch ID and support the original Apple Pencil.

It’s fairly obvious who the iPad Pros are designed for (pros, of course), as well at the iPad mini (people who want a small Apple tablet. But middle-of-the-road users now have the option between two centrist iPads: the iPad Air and the iPad.

So just what are the differences between the two? Glad you asked! Let’s dig in. 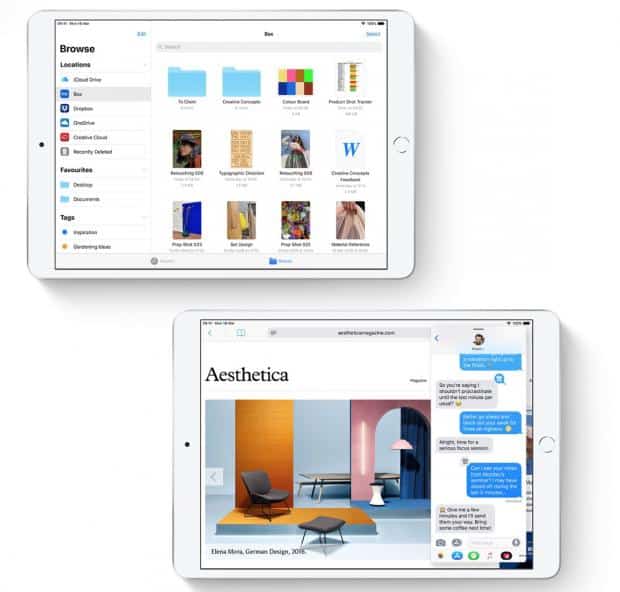 Let’s take a look at some of the major internal differences between the Air and the regular iPad. The biggest differences are in the CPU and storage department. The A12X Bionic with Neural Engine processor found in the Air means the thing will wipe the floor for the regular iPad when it comes to processing power. Literally, it will be over twice as fast as the regular iPad’s A10 Fusion in some instances.

The iPad Air also comes in bigger storage sizes: 64 or 256GB. The regular iPad now only comes in 32 or 128GB options. As far as connectivity goes, both include Wi-Fi with an optional cellular model. While both iPads support the original Apple Pencil, only the Air features Smart Connector support for smart keyboard cases, like the one Apple makes. 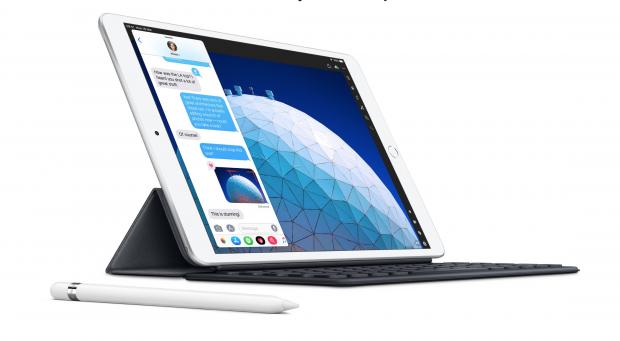 Of course, the biggest difference between the Air and the regular iPad is the display. The iPad Air has the larger 10.5in display versus the regular iPad’s 9.7in display. And that’s not all: the iPad Air also features a fully laminated display and offers TrueTone support, which will automatically change color based on ambient light in the room, which means it will look more natural—the way paper does when you work on it.

Design-wise both iPads are very similar looking. However, the iPad Air is an “Air” for a reason. At only 6.1mm thick, it’s much thinner than the 7.5mm thick iPad. 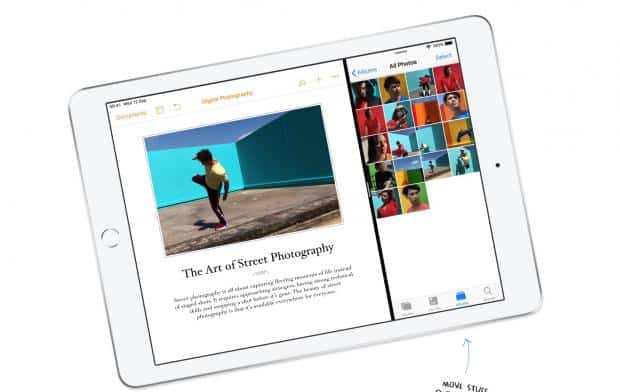 Here’s the rundown of the various costs for the different models of each iPad:

As you can see, the iPad Air is more expensive than the iPad. But cost shouldn’t be the deciding factor for which you buy. You should get the iPad Air mainly if you want the bigger, better screen and Smart Cover support.

But for many people, the regular iPad is still the best fit if all you want to do is browse the web, play games, and send emails, due to its much lower cost. In short, the iPad is an everyman device. The iPad Air, one the other hand, is for those who want the regular iPad but with a few more bells and whistles.