When most people think of Xiaomi, they think of cheap phones – cheap phones with killer specs and hardware. This is how Xiaomi made its bones. It undercut pretty much everybody else in the mobile space, ran razor-thin margins on its phones (just 5%), and it produced phones at a truly prolific rate unlike any other manufacturer in the space.

For all of its hard work, Xiaomi’s efforts are now paying off: it is one of the biggest smartphone brands on the planet (with respect to overall shipments) and it has a growing base of fans outside its native China in both the US, the UK, and Europe, as well as places like India, Brazil, and Africa – three massively important phone markets in 2022 and beyond.

The Xiaomi Mi 11 Ultra was designed to go toe-to-toe with the Galaxy S21 Ultra, as well as persuade potential iPhone 13 Pro Max users over to Xiaomi’s fold. That phone was pretty popular. And its kind-of-successor, the Xiaomi 12 Pro, does the exact same thing, packing in ALL the latest hardcore specs and hardware into one seamless package. But is the Xiaomi 12 Pro worth a buy over, say, the Galaxy S22 Ultra? Let’s investigate.

First, let’s take a look at the specs to see what we’re dealing with here. The Xiaomi 12 Pro is not a cheap phone. If you want to pick up this phone, you’re looking at over $1000/£1000 which places it well in line with both Apple and Samsung’s most expensive models. It also makes it significantly more expensive than the thoroughly excellent Google Pixel 6 Pro. Is this a problem? Let’s find out…

Analysis – What Do These Specs Mean?

When it comes to the overall specs of the phone, Xiaomi hasn’t pulled a single punch. You have the absolute best of the best in nearly every area – from its 120Hz OLED display to its Snapdragon 8 Gen 1 CPU to its massive amount of RAM and impressive camera module. This is what an ultra-flagship looks like. From a performance perspective, nothing has been left to chance.

With respect to overall performance, the choices Xiaomi has made with its CPU, RAM, battery, and camera module, as well as its storage and connectivity, allow the phone to more than match its nearest and dearest competitors – the iPhone 13 Pro Max, Galaxy S22 Ultra, and OPPO Find X5 Pro. If you demand the absolute best hardware inside your phone, the Xiaomi 12 Pro essentially covers all the bases, leaving nothing to chance.

The star of the show, however, is the camera. Xiaomi has REALLY upped the ante in this regard. The Xiaomi 12 Pro runs a triple lens camera module that packs in a 50MP wide lens, a 50MP ultra-wide lens, and a 50MP telephoto lens. The main sensor is the best of the bunch, however, and is a 1/1.28-inch Sony IMX707 sensor, but the addition of two extra 50MP lenses really bulks out the Xiaomi 12 Pro’s camera performance compared to last year’s Xiaomi Mi 11 and Xiaomi Mi 11 Ultra.

There are issues, however… places where Xiaomi has cut corners. The most glaring of which is that the Xiaomi 12 Pro does not have any IP rating whatsoever, something that is basically unheard of at this price point. The software that runs on the phone, MIUI 13, is also something of an acquired taste.

Personally, I am not a fan of Xiaomi’s software or UX design. It borrows heavily from iOS but still feels incredibly muddled and busy by comparison. It does run Android 12 though, and Xiaomi promises three major Android updates too, as well as four years’ worth of security updates that matches both Samsung and Google, as well as fellow Chinese brand, OnePlus. And for a phone that costs as much as the Xiaomi 12 Pro does, this will give plenty of users peace of mind. Nobody likes dropping $1000+ on a phone, only to find out that it’ll be stuck on an old build of Android forevermore.

The Xiaomi 12 Pro also ships with a 120W fast charge out of the box, and you also get a charger inside the box too, unlike with Apple and Samsung phones. Like all Chinese brand phones, the Xiaomi 12 Pro is leagues ahead of Apple when it comes to fast charging. But this might not necessarily be a good thing – turns out fast charging isn’t exactly good for your phone in the long run. Either way, it’s a cool feature that makes this phone even more appealing. That’s my hot take on the Xiaomi 12 Pro. But what did other tech writers make of the phone? Let’s find out…

The Xiaomi 12 Pro also enjoys the most fingerprint-resistant, velvety frosted finish we’ve stroked on any glass-backed phone to date, and its design is nothing short of luscious, even if it is more slippy than it is grippy.

Internals chew through most games well – unsurprisingly given the Snapdragon 8 Gen 1 chip inside the Xiaomi 12 Pro, and matched with up to 12GB LPDDR5 RAM – you’ll be hard-pressed to get more for less. The phone’s 128GB or 256GB UFS 3.1 storage also impresses, though there’s no SD card slot, just a dual SIM slot.

The Xiaomi 12 Pro has an awful lot going for it, but that’s coupled with a pair of major flaws. I love the sleek, understated design. I love the beautiful display and the impressive performance. And I (mostly) love the camera, which is a solid performer, if not quite best-in-class.

Unfortunately, the battery life is a clear failing, and the software suffers too – both from accidental bugs and intentional design choices. Some of these failings could well be fixed with updates, but for the moment they frustrate.

The Xiaomi 12 Pro is arguably the company’s best phone yet, but it doesn’t quite strike the impeccable price-to-performance balance of last year’s Xiaomi Mi 11.

Its stealthy design, speedy performance and vibrant display put it right up there with the Oppo Find X5 Pro and the Samsung Galaxy S22 Plus. Meanwhile, the 12 Pro’s triple 50MP camera system is impressively balanced, and the main sensor in particular is capable of producing top-notch results in all conditions.

There are a couple of areas where the Xiaomi 12 Pro doesn’t quite justify its new premium pricing, however. The provision of a mere 2x telephoto lens is forgivable, given that its inclusion represents a big advance on both the Xiaomi Mi 11 and the Xiaomi 12.

But the lack of any kind of IP rating is a curious omission for a phone with genuine title aspirations. Elsewhere, we have some concerns about the phone’s battery life, at least when it comes to media playback performance.

The 12 Pro is Xiaomi’s latest attempt to take on the best of Samsung and Apple at the top of the premium market, which delivers in some areas while falling short in others.

It certainly looks the part, feels great, performs well and has the fastest charging currently available. The camera is pretty good too but lacks extended optical zoom, limited only to 2x magnification where others offer 3x or 4x for the same price.

Xiaomi’s Miui software is improving but still feels geared towards enthusiasts. The biggest problems for the 12 Pro are relatively weak battery life and high cost. The buyer is simply getting less with the Xiaomi than with similar phones from OnePlus, Google, Samsung or Apple.

Is The Xiaomi 12 Pro Worth It?

The Xiaomi 12 Pro is the most polished, best designed, and most well-appointed phone that the Chinese brand has released to date. It picks up where the Xiaomi Mi 11 Ultra left off, improving both the design, build materials, and internal components. The focus here is on usability, imaging, and outright performance. And in these areas, the Xiaomi 12 Pro does very well indeed – its camera is fantastic, it has masses of performance, the display is stunning, and its battery life is off the charts.

You have everything you could possibly wish for from a flagship phone with the Xiaomi 12 Pro. Xiaomi has ensured that every possible feature and spec is included, from its badass triple 50MP camera to its insane 120W fast charging abilities and its stunning 120Hz OLED display. This phone is designed for gaming, for work, for pleasure, and for hardcore phone abusers. If that sounds like the kind of thing you want, the Xiaomi 12 Pro is well worth it – even with its higher-than-usual price tag.

The only real caveats are its software, Xiaomi’s MIUI is still very muddled and often too busy, especially when compared to Samsung, Google, and OnePlus’s, and the Xiaomi 12 Pro DOES NOT have any IP rating at all which means you really do not want to get the phone wet. Could it survive a drop in a body of water? Probably. But without an official IP rating, it is always best to err on the side of caution, especially when the phone costs as much as this one does.

Is it better than the Galaxy S22 Ultra? Perhaps, in some ways. But if I were in the market for a new phone and I was looking at these two, I’d be inclined to go with the Galaxy S22 Ultra simply because I much prefer Samsung’s software and UX to Xiaomi’s. But that’s just me.

With respect to the overall performance of the two phones, there is really very little to separate them – both are absolute monsters. In fact, the only thing I would suggest if you’re looking to save some cash, but still want a flagship, would be to check out the Pixel 6 Pro first – it is quite a bit cheaper than the Xiaomi 12 Pro.

Overall, the Xiaomi 12 Pro scores highly and is a phone that we would wholeheartedly recommend to anyone that wants a high-end, high-performance Android phone that packs in an outstanding camera module, insane fast charging, and enough power under the hood to match pretty much anything else on the market right now. 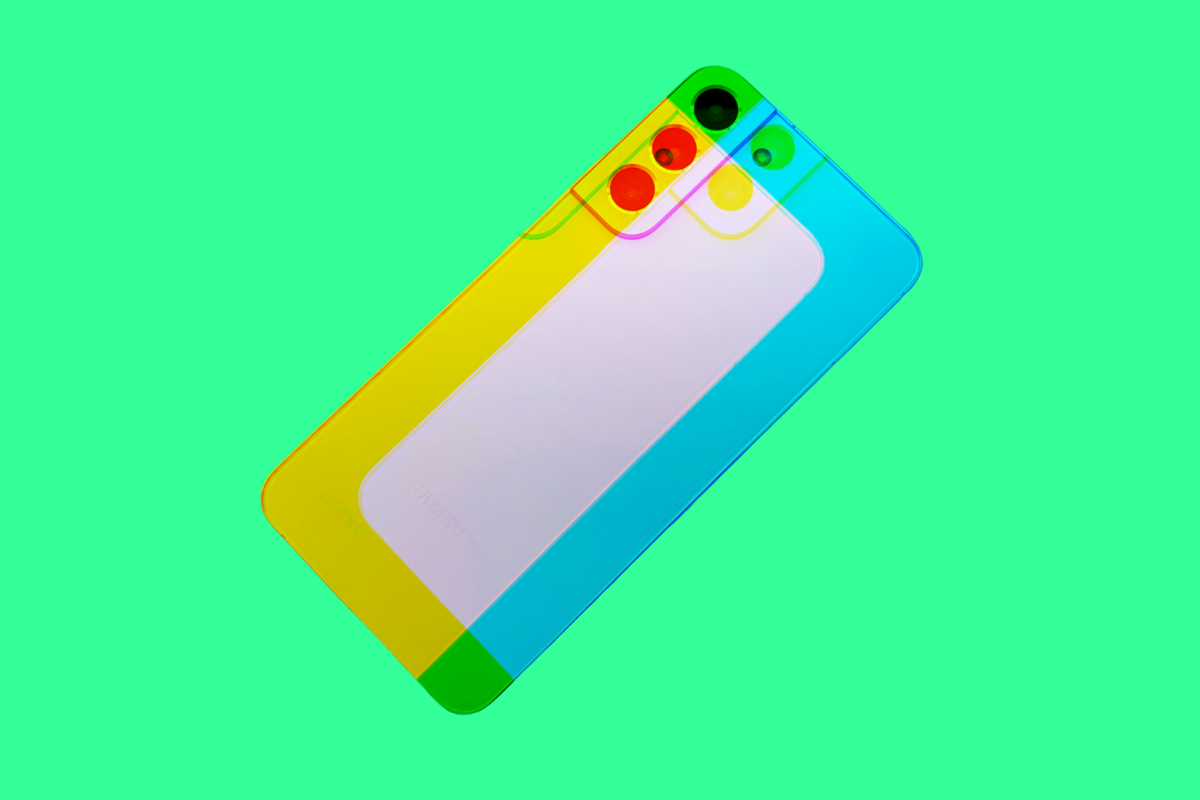 If you want a good phone but you don’t want to break the bank, what’re the best options right now? Here’s our pick of the best value phones money can buy right now… 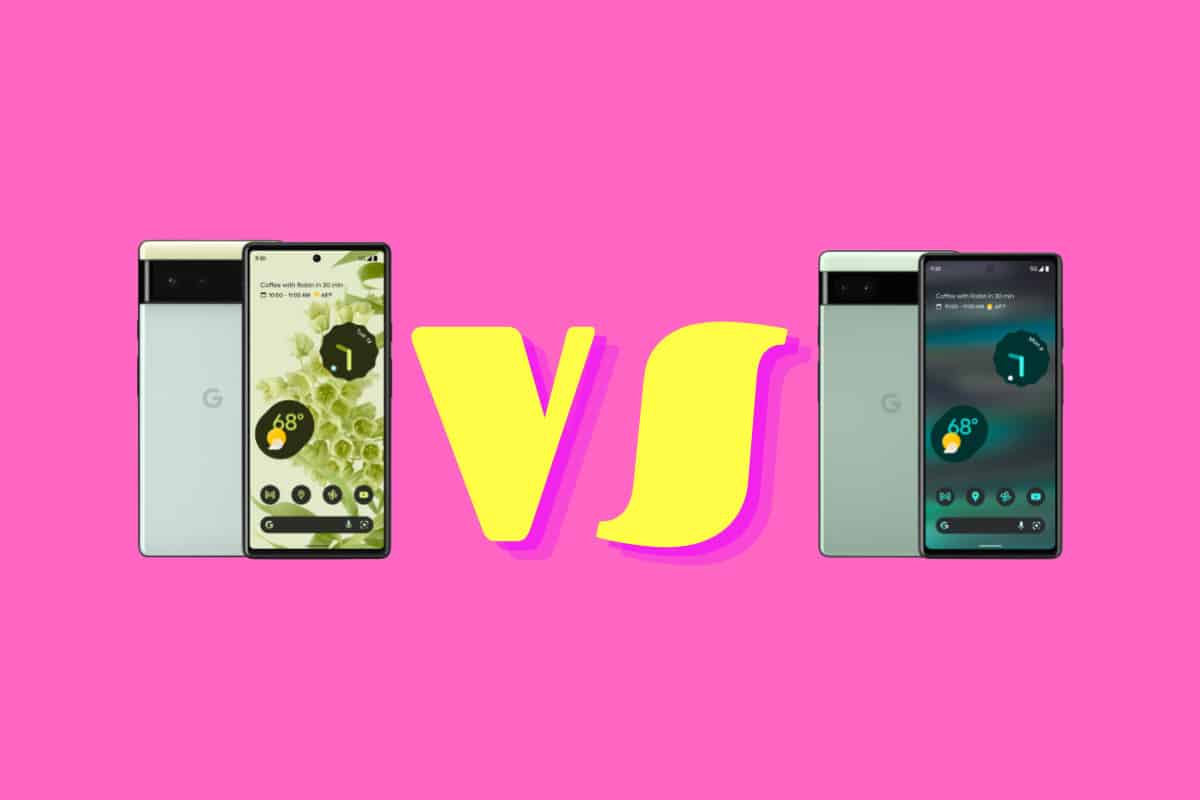