Whenever Apple launches a new smartphone you can bet your bottom dollar that it will be accompanied to market by a selection of pricey official cases designed to protect your investment while proudly displaying that all-important Apple logo. However, the iPhone XR has been an exception to this rule; when it arrived a short time ago the only cases available on the Apple Store were third-party ones.

MORE: Best iPhone? It’s Not The One You Think (Read This Guide)

It seemed to be the case that Apple was keen to make sure XR owners got to show off their colourful new phones rather than covering them up in TPU or silicone cases; that wasn’t to last, however, as we do now have an official case for the XR – costing a whopping £45 – but it’s something of a departure for the company. But if that’s too much for you, there are plenty of cheaper options that are just as good.

The official XR case is the first one Apple has ever released that is totally transparent. Made from a material that feels like a fusion of TPU and hard plastic, it’s designed to show off the phone contained within; there’s not a single trace of text anywhere on the case or any Apple branding. Instead, the case acts as a ‘barely there’ barrier which protects your handset while showing off its colour, design and (perhaps most importantly) that iconic Apple logo.

As we said, the case is something of a halfway house between a soft, rubber-like TPU case and a hard plastic shell case. The texture of the case is quite grippy which initially leads you to assume that it’s TPU – a material which is very malleable but is prone to yellowing over time. 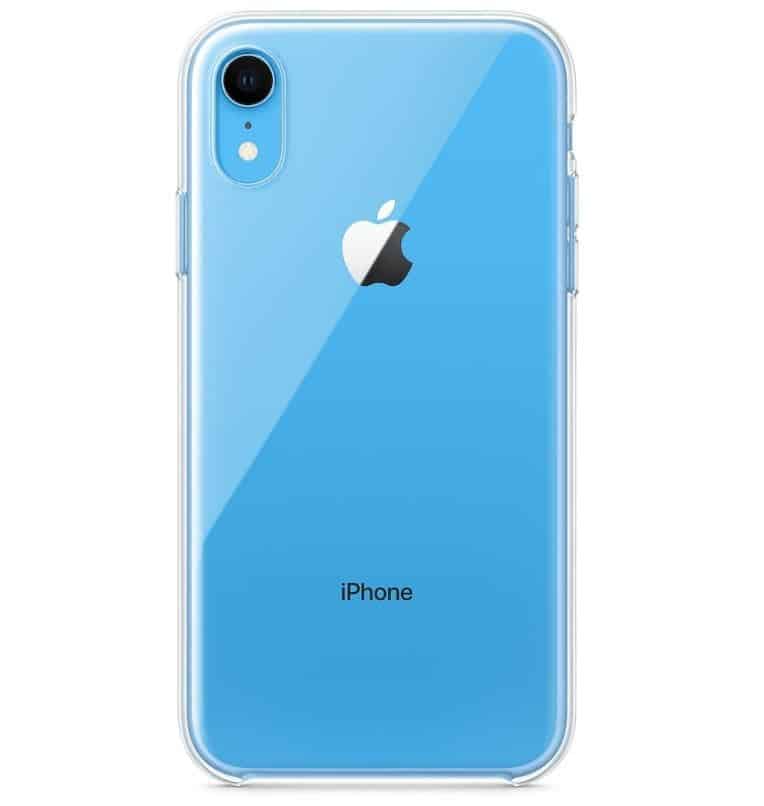 However, once you have the case out of the packaging (which is a weird experience in itself as the box actually looks empty, such as the case’s degree of transparent-ness) you quickly realise this isn’t like those cheap cases you see on eBay for a few quid.

The official iPhone XR Clear Case feels rigid and stiff, despite still having some of the ‘give’ that TPU cases exhibit. Despite this, it’s not as grippy as a silicone case, which is a good thing as those are often hard to get out of your pocket.

Getting the official iPhone XR case onto the phone itself is harder than it perhaps should be; it’s quite a tight fit and it’s wise to follow the instructions printed on the packaging when it comes to inserting the handset in the correct manner. Once in place, it grips the phone snugly, with no noticeable movement when you hold the device tightly.

Because its halfway between a TPU and plastic case, the official iPhone XR case doesn’t ‘stick’ to the phone’s glass back like some clear cases are prone to do; that means you don’t get those unsightly patches where it looks like the case is ‘moist’ and is sticking to the handset. Phew!

On the back, there’s a slight ridge around the camera, presumably because the case itself isn’t thick enough to totally compensate for the fact that the camera lens protrudes quite dramatically from the back of the device (something we picked up on in our review of the phone). That means the case doesn’t sit flat when you place it down on a surface like a table, but it’s such a small ridge that it’s hardly noticeable. On the front of the case, a lip prevents the phone’s screen from hitting any surface when you lay it face-down. 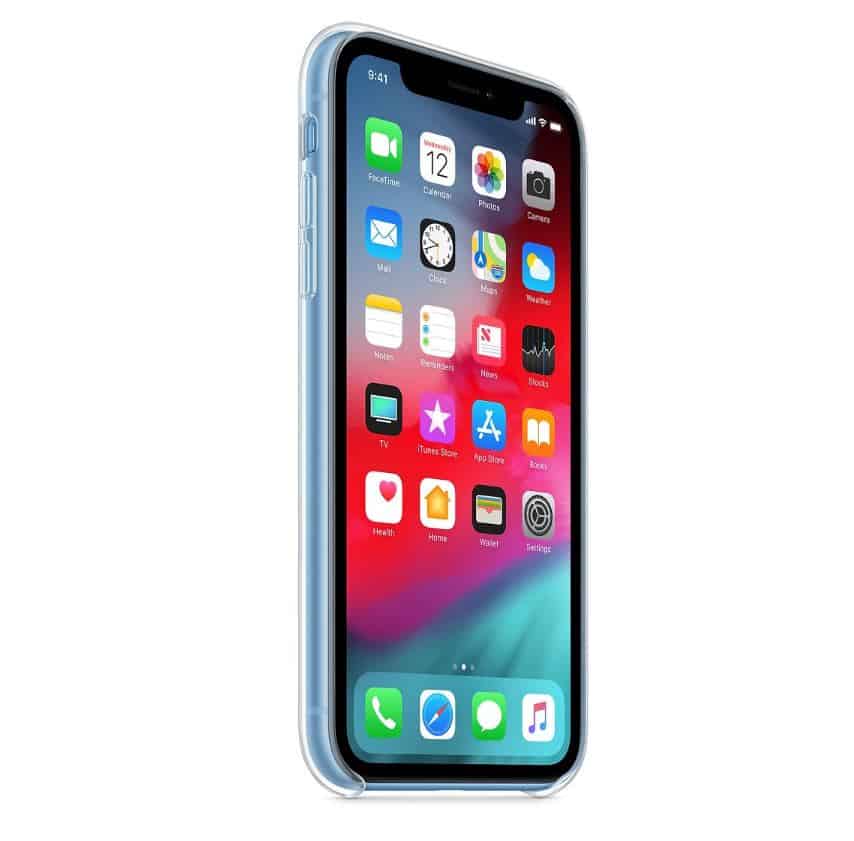 Elsewhere, there’s a gap on the bottom edge of the case which is similar to the one seen on Apple’s leather and silicone cases for its other phones. It’s been speculated that this gap allows for better ‘swipe up’ gestures, but we’re not convinced as we’ve found it just as easy to perform the ‘Home’ gesture when third-party cases are fitted which lack this gap. It’s more likely that this is simply a stylistic choice on Apple’s part, and we quite like the way it looks.

On the left-hand side, there’s a cutaway for the mute switch, as well as the two volume buttons. On the right-hand side, there’s the power button. The buttons are actually quite mushy to use and it often doesn’t feel like you’ve pressed the actual button beneath; this is especially noticeable when you’re having to double-press the home button to activate mobile payments or confirm purchases on the App Store.

Apple claims that the case won’t scratch or mark easily, but one thing it does do is pick up fingerprints and smudges like there’s no tomorrow. If you hate having to rub down your case on a daily basis then you might want to opt for a third-party leather offering instead.

Like many other clear cases, this isn’t going to offer much in the way of protection if you happen to drop it from an extreme height. There are no air pockets on the corners to prevent serious damage, either. Apple’s official case is more about stopping scratches and bumps from sullying your prized possession, and in that respect, it does its job.

Offering a tight fit and made from superb materials, the official iPhone XR case is a great product – but the asking price of £45 is a little cheeky. It’s possible to get similar cases for around half that amount, although many of these are ‘pure’ TPU cases which could yellow over time and aren’t as rigid as Apple’s effort.

MORE: iPhone XR Cases? What Are The Best Options?

Of course, when you buy official you always pay a premium – doubly so when it’s an Apple product. Sure, £45 is a lot of cash, but this is a case unlike any other we’ve seen in this category, and Apple’s claim that the material used won’t discolour over time could mean this is a worthwhile purchase – assuming that boast is true, of course. For now, all we can say is that this is a well-made case which is worth a look if you’re keen to show off your phone’s design and don’t want rugged, all-round protection. 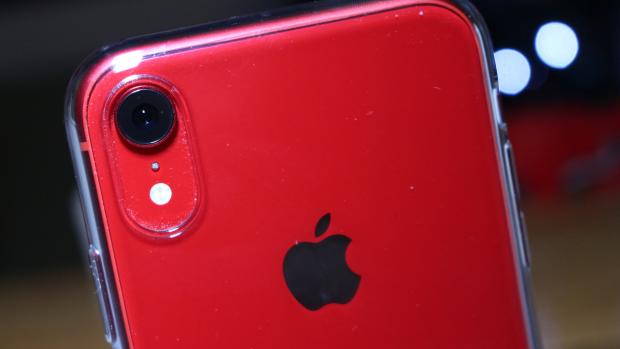