iPad Pro Review: Can It Replace Your Laptop? 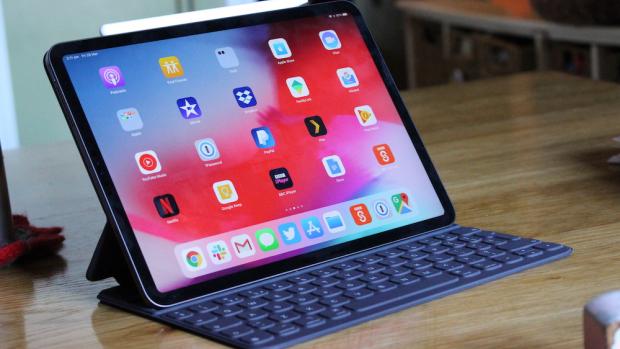 When Apple launched the shiny new iPad Pro late last year, it made a big deal about how the device blurred the lines between tablet and laptop. With its powerful Bionic A12X processor, this is an iPad that can legitimately challenge the best laptops out there in terms of raw power, and while many other tablets have come dangerously close to being that dream ‘all in one’ device which saves you having to buy both a tablet and a computer, the iPad Pro is arguably Apple’s most aggressive play for this market yet. Can it really live up to the hype? Is it possible for an iPad to totally supplant your laptop? We’re about to find out… 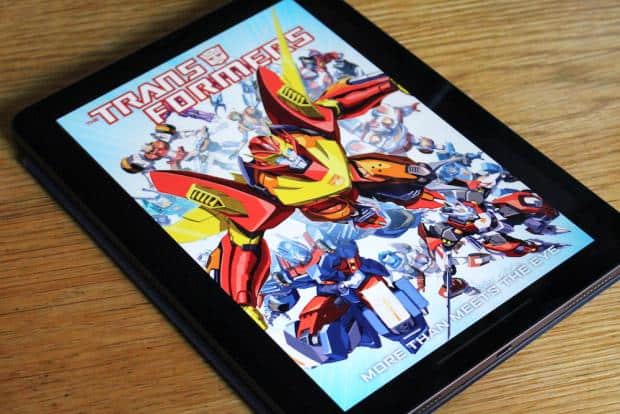 Available in 11-inch and 12.9-inch screen sizes, the iPad Pro is one of the most drastic design changes Apple has made to the iPad line in years. Gone are the pleasingly rounded edges, replaced by flat sides and right-angle corners, calling to mind the likes of the iPhone 4 and 5. It’s a design shift that makes sense in some ways – it certainly looks striking and professional – but not in others; the ergonomics are arguably worse, as rounded edges make a tablet easier to handle for prolonged periods (that may just be our personal preference, however).

Apple has ditched the famous Home button from the iPad Pro, and instead uses Face ID to secure the device – just like the iPhone X, XS and XR. It’s not as jarring as you suspect, and we found that Face ID worked just as well as it does on our phone – which is remarkable when you consider that you’re often further away from the iPad than you would be when using your handset. 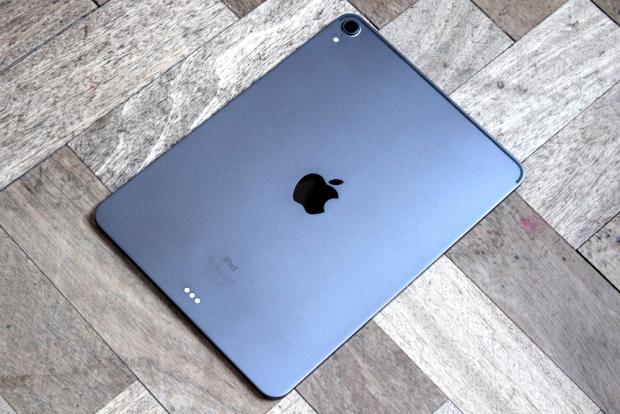 The 3.5mm headphone jack is also gone, as is the Lightning Port. Instead, the iPad Pro has USB-C, which is great news; not only does it mean the device can be charged by non-Apple charging cables (if you’ve got an Android phone, this will be great news), it also allows all manner of USB-C devices to be connected. You can plug in a keyboard and it works flawlessly. It’s also possible to plug in wireless charging pads and top-up your phone. The USB-C ecosystem is growing all of the time, and you can expect that port to become more and more useful.

The big drawback isn’t the hardware in this case, it’s the software – you can’t use expandable storage on the iPad Pro. USB thumb drives and SSD storage are a no-go; the iPad simply refuses to acknowledge that they’re plugged in. It’s a real shame as it prevents the iPad Pro from doing what Apple tells you it should: replace your computer.

The iPad Pro’s Liquid Retina screen is a real highlight, thanks to its 120Hz refresh rate. Simply moving around the UI is as smooth as silk, and everything looks utterly fantastic. It’s one of the most pleasurable screens to use that we’ve seen in quite some time. 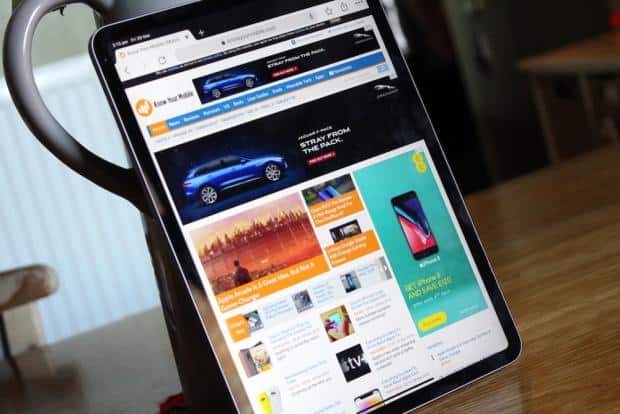 If you’re going to treat the iPad Pro as a standard tablet, then you’ll have little reason to grumble. iOS is built around finger-based control, and swiping and tapping that massive screen is a joy. Video looks great, apps are quick to load and the iPad ‘does tablet’ better than any other product Apple has created.

But that’s the issue; Apple is trying to pitch this much more than a tablet – it’s supposed to replace your laptop. That where things become a little tricky, as the iOS app ecosystem simply isn’t where it needs to be for this to happen. If you do a lot of writing and use cloud-based suites like Google’s, then you’ll get by just fine (especially if you invest in the excellent keyboard case). However, the moment you need to do anything intensive, you wonder why you spent all this money on a tablet and not a proper laptop.

Things are improving – we’re getting an iPad version of Photoshop this year, for example – but you’re still limited in a lot of annoying ways. The lack of removable storage support is something we’ve already touched upon, but there are a multitude of other issues which prevent the iPad Pro from seriously challenging your laptop as your go-to device for work. 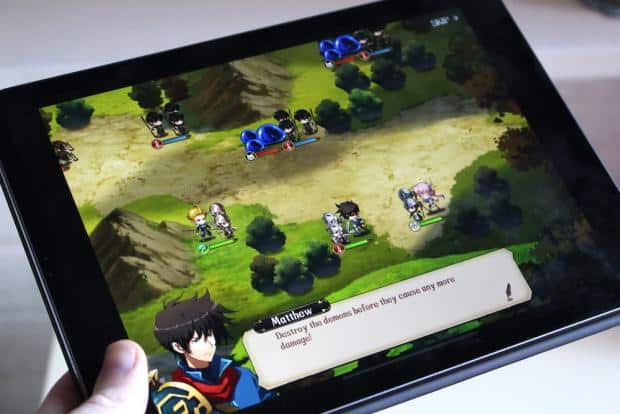 The Apple-made A12X chipset which sits at the heart of the iPad Pro is a beast; it actually benchmarks better than some of Apple’s recent MacBooks. During our entire time with the product, we didn’t come across any performance hiccups; it handled apps, games, video and everything else with ease. In terms of user experience, it’s much smoother and more seamless than using, say, a 2018 MacBook.

If you’re only looking to do iPad-like things, then you’ll be pleased as punch with this. As we’ve said, it gets harder when you try and make the iPad Pro behave more like a laptop, but not everyone is going to do that – and when it comes to stuff like YouTube-watching, writing emails, browsing the web and playing games, it’s hard to imagine any better way to do all of those things – at least inside the iOS ecosystem, anyway.

The raw power on display here should future-proof the iPad Pro to a degree, too; given that it’s powerful enough to rival many cutting-edge laptops, there’s little danger of this becoming hopelessly outdated in 12 months. Apple is also making meaningful moves towards overcoming some of iOS’ more annoying shortcomings in relation to the iPad, and apps like Photoshop will go a long way to make this even more attractive from a productivity perspective. 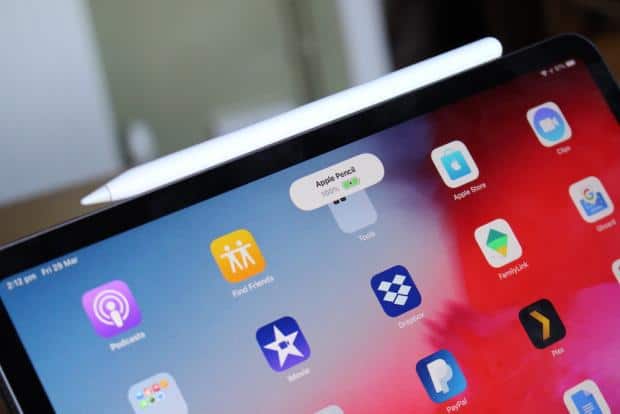 The iPad Pro wouldn’t be an iPad if it didn’t have loads of reassuringly expensive accessories to buy, and the headline act has to be the second generation Apple Pencil. This time around, it doesn’t charge via the charging dock, but instead clips onto the side of the iPad Pro via a magnetic connection. It’s a brilliant little touch, and the magnet is so powerful we never felt like we were in danger of losing it.

The pencil itself is pretty good too, and almost overcomes the fact that you still can’t use a mouse with the iPad, despite that USB-C port. Obviously, the pencil is aimed more at artistic types and will really come into its own when Photoshop arrives this year, but for now it’s a likeable – if rather expensive – accessory. £120 isn’t exactly chump change to most people.

More appealing is the keyboard cover, which is a real joy to use. It clips onto the iPad Pro via a series of magnets and totally protects the screen when closed. You can open it up and use it as a stand, with the added benefit of a full keyboard interface. The keys take some getting used to, but it’s surprising how quickly you adapt; it’s when using the iPad Pro with the keyboard to type out emails in a coffee shop that it feels most like a true replacement for your bulky laptop. 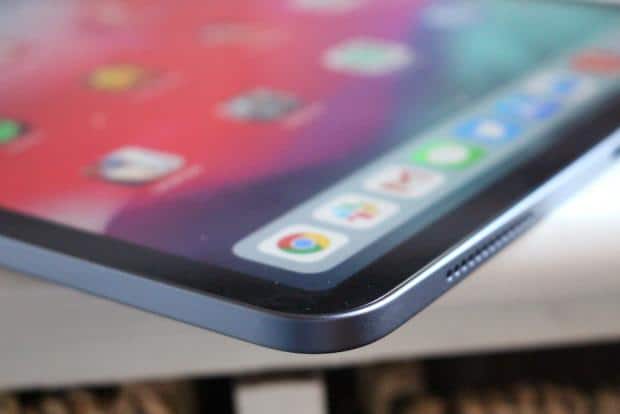 Picking up the iPad Pro for the first time is a pretty awe-inspiring experience; it’s such a fantastic device from a purely aesthetic perspective – all screen and super-thin – that you can’t help but fall hopelessly in love with it. As a tablet, it’s perhaps the best option out there now – not that there are many other viable alternatives of course, as Apple has this sector of the market all to itself these days.

The power on tap is remarkable, making this a great platform for games, browsing, video watching and much more besides. Even the iOS app ecosystem is improving, with big names like Adobe looking to bring their key apps to the tablet soon. If you’re an existing iPad lover, then there’s no reason you won’t also fall in love with this.

The big issue is when you come to use the iPad Pro as a replacement for a traditional laptop – something Apple keeps pushing for with each hardware revision. While the iPad Pro – with a keyboard cover and Apple Pencil – does become an amazingly elegant tool for creative design and general productivity, it’s still not quite the finished article yet. You can’t use a mouse, there’s no way to expand the storage and iOS is still built around smartphones first, tablets second.

Then there’s the cost; even the cheapest 11-inch model is over $700, and that’s with 64GB of storage and no cellular connectivity. By the time you add in the optional accessories, you’re looking at the price of a reasonably-specced laptop. Still, the iPad Pro is Apple’s best attempt yet to merge these two products into one, and if you can afford it, remains a solid purchase.R

Can’t stretch to over 700 bucks? Well, you could always go the reconditioned route. I use Gazelle for iPads, MacBooks, and iPhones because all of its products are 100% certified, meaning they look and work as good as new, only they cost a fraction of the price Apple charges. If you like value for money, give Gazelle a look – you won’t regret it! 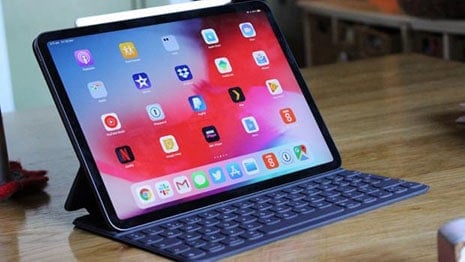