The recent kerfuffle between the North American government and Huawei is stealing the headlines in the smartphone world and sadly overshadowing some pretty amazing pieces of technology, one of which is the 10 Lite, a low-cost Android handset from Huawei’s budget brand, Honor. While it lacks some of the creature comforts of Huawei (and Honor’s) flagship phones, it packs in an incredible amount of tech for a modest price. But should you buy it now that Google and Huawei have fallen out? Let’s take a look. 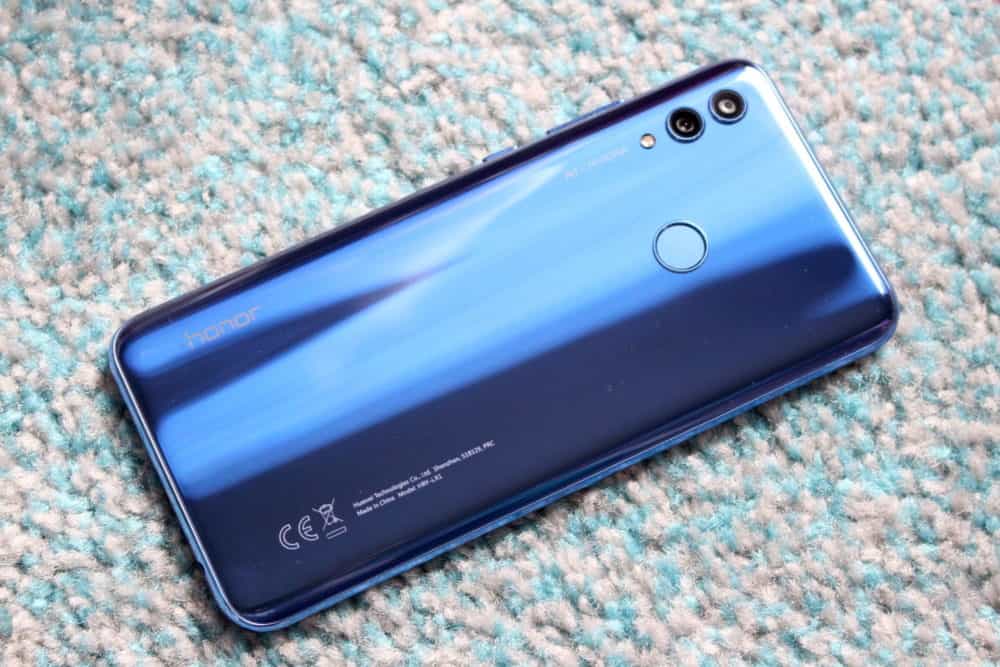 Lying on a table, the Honor 10 Lite makes a striking first impression. It’s a close match to the Honor View 20 from the back, and looks like a premium device in terms of design. The metallic blue backplate catches the light nicely, and the shiny sides hint at high-quality materials. When you pick it up, however, it becomes clear that this is a budget phone in terms of build.

That rear panel is plastic rather than glass, and that means the phone is lightweight and prone to scratches and marks – a case is a must. The sides, whilst appearing to be made of metal, are actually plastic covered in a shiny coating. Despite the high level of plastic on display here, the Honor 10 Lite never feels cheap and nasty; it just feels lightweight.

The rear of the phone is home to the super-fast fingerprint scanner and the dual-camera setup, which has a single LED flash. The left-hand side is completely featureless, as Honor has placed the volume rocker and power button on the right-hand edge. The SIM card tray is on the top edge, while the bottom edge has the Micro USB (no USB-C here, sadly), single speaker and 3.5mm headphone jack.

The Honor 10 Lite’s 6.21-inch, 2230 x 1080 LCD screen is so bright and vibrant we also assumed it was an OLED panel. With a nice and wide 19.5:9 aspect ratio and 83 percent screen-to-body ratio, it’s certainly one of the phone’s big selling points – it even has a ‘teardrop’ notch which makes it stand apart from the likes of the iPhone XR. On the downside, there’s still a small bezel at the bottom of the screen.

Pleasingly, NFC is included so you can make contactless payments – this is a feature that is quite often absent from low-cost Chinese-made devices, as NFC hasn’t taken off in that country in the same way it has in the west. 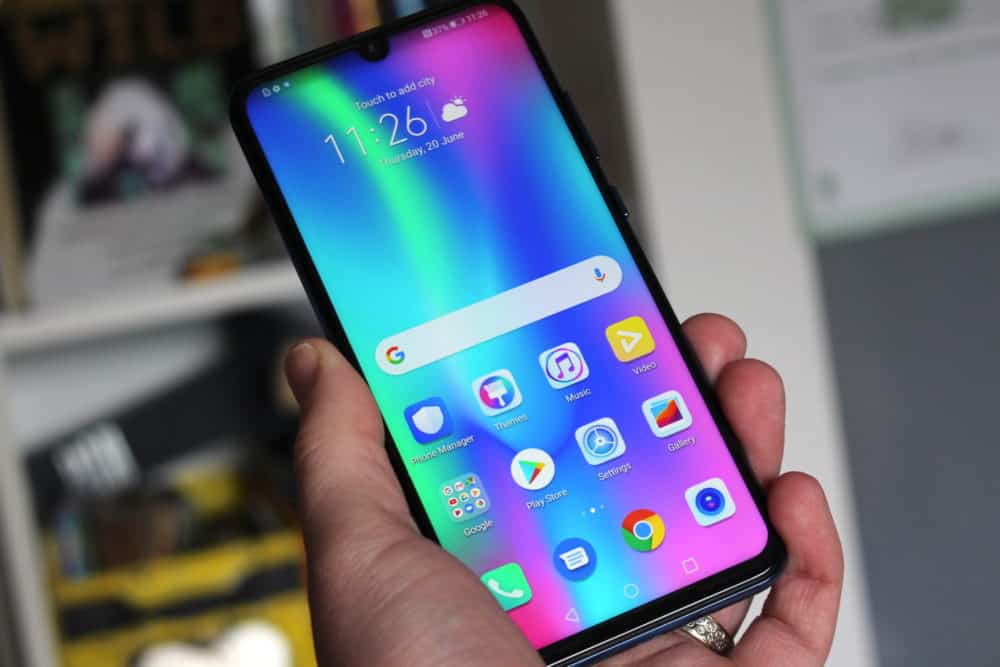 Because Honor is a Huawei sub-brand, the 10 Lite uses the company’s EMUI user interface, which is draped on the top of Android 9 – the latest version of Google’s world-conquering mobile operating system.

What we’ve got here is a clean and colourful UI which doesn’t complicate things too much when it comes to basic Android functions. It strips away the app drawer – a common feature on Chinese-made handsets – but you can reinstate this if you’re a bit of a purist.

Taking a leaf out of Apple’s book, EMUI also includes an optional gesture-based navigation system. This removes the traditional ‘Home’, ‘Back’ and ‘Recent Apps’ buttons at the bottom of the screen and replaces them with easy-to-memorise gestures.

Sadly, like many Android phones, the Honor 10 Lite suffers from bloatware and duplication of apps. Although it comes pre-loaded with Google’s full suite of applications – such as Play Music, Photos and Google Mail – the phone also has EMUI’s music player, gallery, video and health apps. If you’re already a fully signed-up member of Huawei’s ecosystem then this isn’t an issue, but in all of these cases Google’s apps are superior. 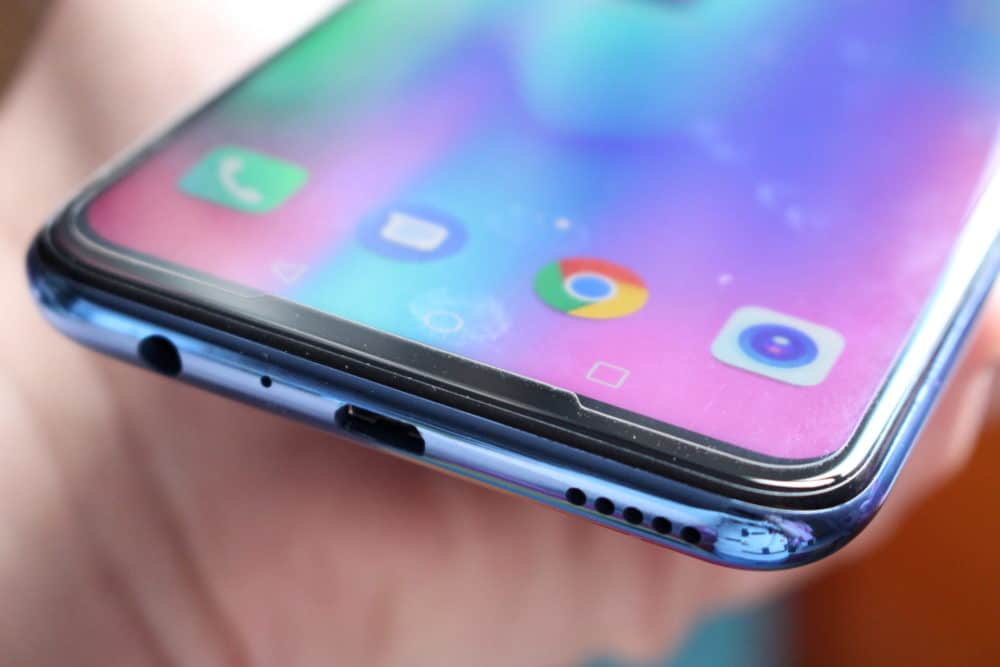 While the Honor 10 Lite’s looks make it seem like a top-level contender, its internals are unashamedly mid-range. It has Huawei’s Kirin 710 chipset, which is aided by 3GB of RAM – an entry-level amount in this day and age. There’s 64GB storage, and you can add more storage via MicroSD cards.

During normal use, everything runs fine. EMUI is smooth and responsive, which says a lot about how well Huawei and Honor have tailored the software to a more modest hardware experience.

However, when you start to push things, cracks appear. It’s nothing too serious – we’re talking about pauses during intense 3D games or HD videos – and these only appear when the phone is doing other heavy-lifting work in the background.

For the vast majority of users, the Honor 10 Lite will be more than powerful enough for their everyday needs, but power users might be less pleased. 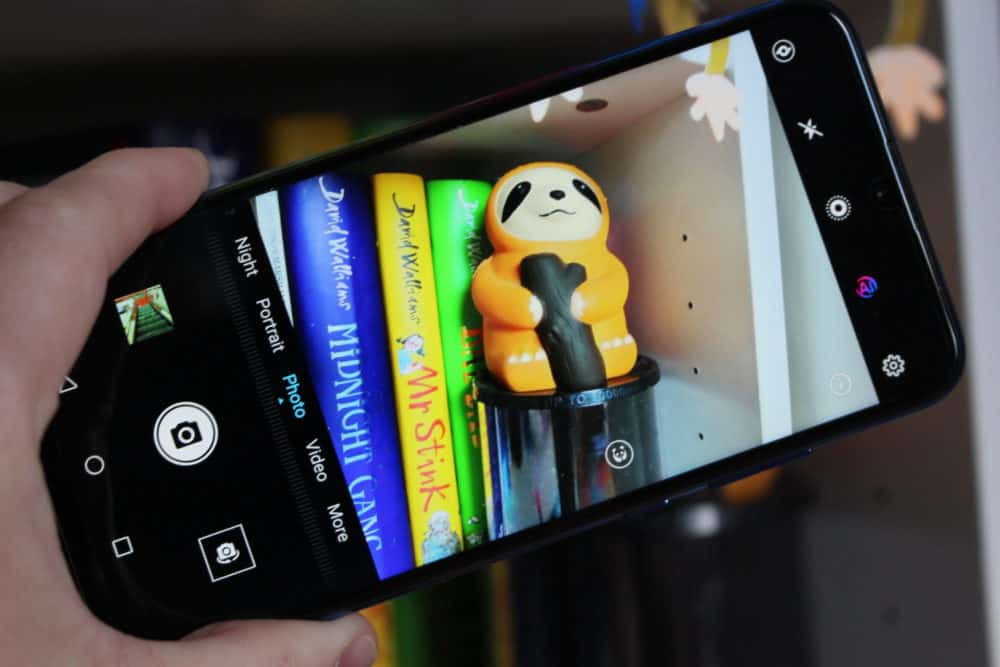 The Honor 10 Lite is rocking a 13-megapixel and 2-megapixel dual camera setup on the rear. The main snapper has a f/1.8 aperture and phase detection autofocus, while the secondary lens is used solely for gathering depth information.

In general, photo quality is excellent – certainly better than most phones in this price range, at least. There’s no optical image stabilization so some photos do exhibit blurriness when you zoom in really close, but on the whole, the phone’s software does a good job of nailing the shot.

The Night Mode, in particular, is amazing; while it’s not quite up to the level of the one seen on Google’s Pixel 3a, it comfortably outperforms the mode seen on the OnePlus 6T, which is a more expensive handset.

Battery life is also pretty decent, aided no doubt by that economical processor. The 3400mAh battery is hardly awe-inspiring but it gets the job done, and is large enough to get you through a typical day of use. Fast charging is supported, but it takes quite a while to totally fill the battery. 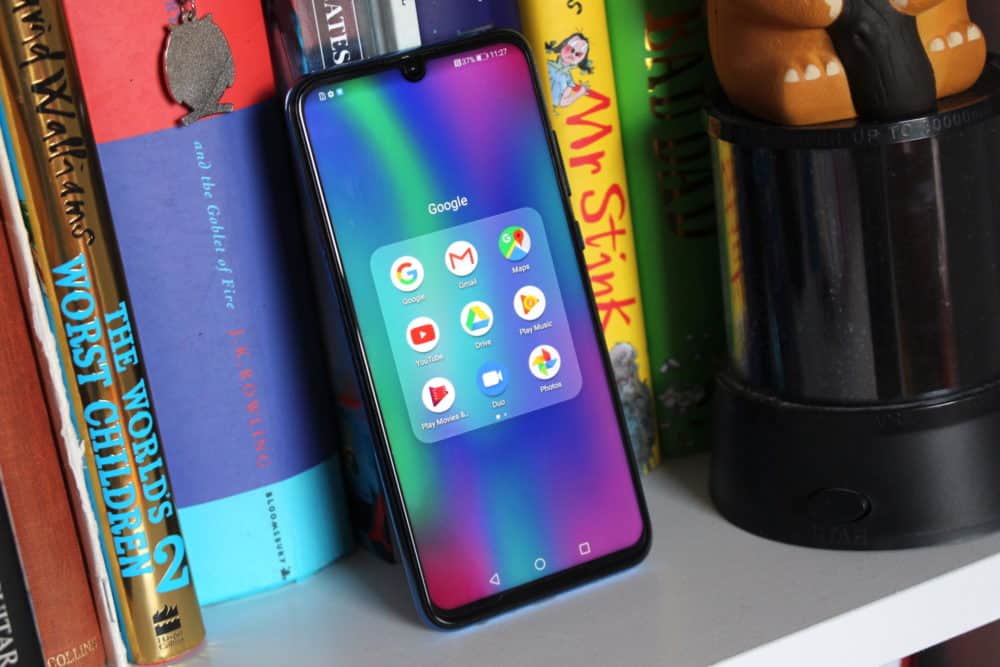 While it looks a lot like its more expensive stablemates, the Honor 10 Lite is cut-down in almost every regard, from build quality to power. Even so, at $155 it’s amazing value for money and the average user isn’t going to notice the entry-level processor.

Of course, Google and Huawei’s ongoing issues might be worth keeping in mind before a purchase, but ultimately, the Honor 10 Lite shows yet again that the Chinese firm is a real expert when it comes to creating amazing hardware – even in the budget sector of the market. 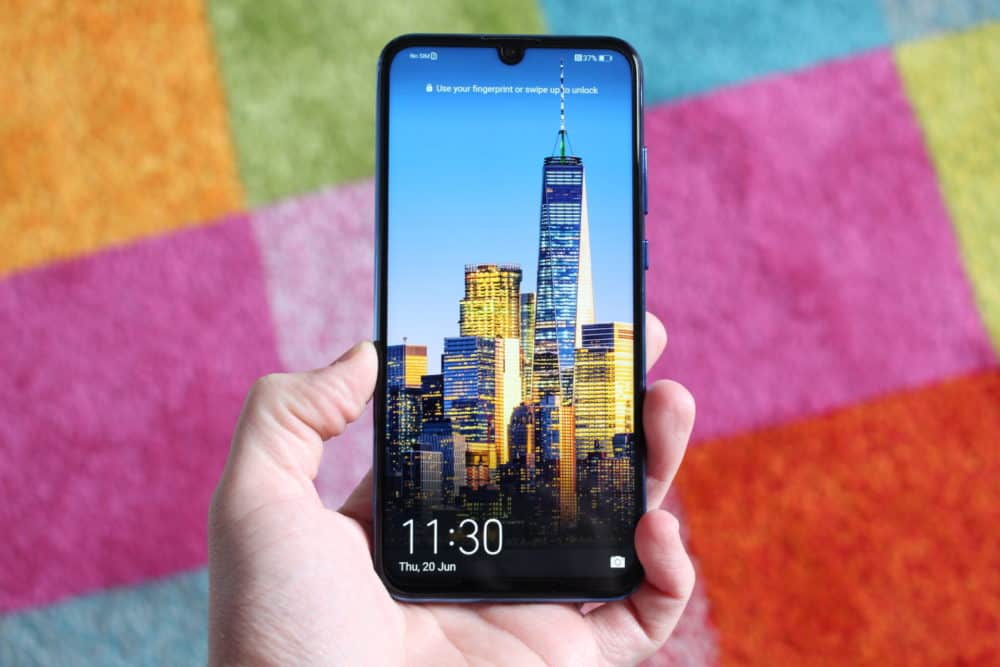