Is DuckDuckGo as good as Google for search? Should you switch? Here’s everything you need to know in our complete review of DuckDuckGo…

Established in 2008, DuckDuckGo set out to do the unthinkable: beat Google at its own game which is no mean feat when you consider that Google is now so far ingrained in people’s lives and daily routines that most people, including me, literally couldn’t function without it.

What makes DuckDuckGo different? It’s still a search engine and it works much the same as Google. You enter a query and results from all over the web are pulled. The best results – or the ones deemed the best by DuckDuckGo’s algorithm – are placed at the top and these, generally speaking, get anywhere from 80% to 90% of the clicks.

DuckDuckGo also does news, just like Google, and images, and all the usual stuff you’d expect from a modern search engine. But what DuckDuckGo doesn’t do is harvest your data. DuckDuckGo’s main USP is that it allows for completely anonymous web browsing, making it an ideal choice for anyone that hates ads and/or being tracked online.

But if you’re coming from Google and expecting more or less the same, well… you’re probably going to be left wanting. DuckDuckGo is a lot more bare-bones than Google. It lacks a good chunk of Google’s features, the results are completely different, and there are very few personalization options because DuckDuckGo is designed to be private, so little to no data is stored about you.

In this respect, online privacy is a bit of a double-edged sword. With Google, what you see in the search results – when signed in with a Gmail account – is tailored to your specific browsing habits. As is Google Discover. And then you have all of Google’s additionally integrated apps like Google Maps and Google News. But Google’s entire business model is predicated on tracking you and profiting off your data.

DuckDuckGo is Designed To Be Private

There’s a running joke in our office: if you want to look for and/or search for something a little NSFW, you use DuckDuckGo. And the reason? DuckDuckGo is private; it doesn’t store any data about you, your browsing history, or what you look at online. In this respect, it could not be any more different from Google which logs literally everything you do – even in Incognito mode.

In fact, privacy and keeping your data anonymous is kind of DuckDuckGo’s main USP. It is what it has built its entire business model on – doing the exact opposite of what Google does. And this is great news for those that are concerned with tracking and ads following you around the web but it does come with some pretty major caveats which we’ll get to now.

Google, for better or worse, is constantly updating its search algorithm. This is a massive headache for publishers because changes in how Google’s algorithm works can have huge, sprawling effects on thousands of websites. Back in 2018, for instance, we had the Medic Update which was designed to promote health and well-being articles from legitimate sources and remove ones from more dubious sources.

For instance, if you’re having a reaction to something, and you Google your symptoms, you want a proper medical site to be the first result in Google’s SERP, right? Not some mom-and-pop blog about holistic living in a camper van. This approach to search is important and Google is constantly evolving its algorithm to make search not only better but also safer.

Another good example is the flat earth. Far too many people are getting suckered in by complete nonsense online. The flat earth being one of the most hilarious and odd examples in recent times. But you also have conspiracies of varying severity about things that actually matter – like vaccinating your kids – or whether or not you should just eat meat all the time for optimal health. In these instances, Google has an obligation to filter out the bunk science which it does with a reasonably high success rate.

With DuckDuckGo, things aren’t quite as sophisticated. You will find things on DuckDuckGo that have been actively penalized and/or removed by Google because they’re either A) dangerous, B) patently false, or C) just misinformation designed to confuse people. Most people have a bonkers auntie that’s into crystal healing, and for those kinds of people, DuckDuckGo is going to be their kind of search engine.

That’s not a slight on DuckDuckGo; it has its way of doing things and Google has its approach. Both have their merits and shortcomings. You also have search settings like Safe Mode and the ability to switch off Safe Mode in DuckDuckGo which is a handy tool to have, especially if you have younger people using your computer, phone, or tablet. For the most part, DuckDuckGo offers a more unfiltered version of the internet. If you like the sound of that, download the app and check it out. I’ve had DuckDuckGo on my phone for years now for this express reason.

As I said earlier, DuckDuckGo is pretty spartan in its design compared to Google and Bing. It does come with plenty of built-in search features, however, like auto-complete, language settings, region-specific search, safe search mode, and the ability to save some of your settings to make life easier when switching between your phone and computer.

But compared to Google, DuckDuckGo feels very, very limited. If all you want is a new way of discovering information and sites, DuckDuckGo is a great browser to have on your phone. I’ve uncovered loads of interesting sites, particularly in the finance niche, that I would have otherwise missed if I only used Google. And this, again, comes down to how DuckDuckGo indexes content – smaller, nicher sites can rank better in DuckDuckGo.

With the finance example above, Google is very, very hard on finance sites. And rightly so too; money is important, so any advice about money needs to come from reputable sites. In Google’s parlance, this means a hugely authoritative site like Fool or the Wall Street Journal. But there are loads of smaller finance blogs that offer plenty of great information on all types of finance subjects, and a lot of these sites simply do not show up on Google.

Similarly, anything related to hot political topics – be it COVID, vaccines, and/or government stuff – is often more varied in DuckDuckGo. You could find information, especially during the pandemic, that simply wasn’t present in Google search. Again, this is a double-edged sword because Google is far more focused on “vetting” content and sources than DuckDuckGo. But it is still very much worth noting as a reason to use DuckDuckGo over Google.

If you want to start using DuckDuckGo, you can download the app on your phone – there’s an Android and iPhone app, as well as one for iPad. On a desktop, you can either use DuckDuckGo’s browser extension or download the DuckDuckGo browser via DuckDuckGo.

Is DuckDuckGo Worth It?

By itself, DuckDuckGo is just too spartan to be considered a true rival to Google. It works great, sure, and it is way more private, and the results are less “filtered” – all good things. But none of these are enough to make me quit Google for good. I know that’s impossible, something that will likely never happen, and that’s why Google is still a vastly superior search engine to DuckDuckGo.

Fortunately, no one has a gun to my head forcing me to choose between the two of them, so for now I’ll just continue what I’ve always done and use them both. If you want the best of both worlds, without respect to your online web browsing, I’d suggest you do the same. 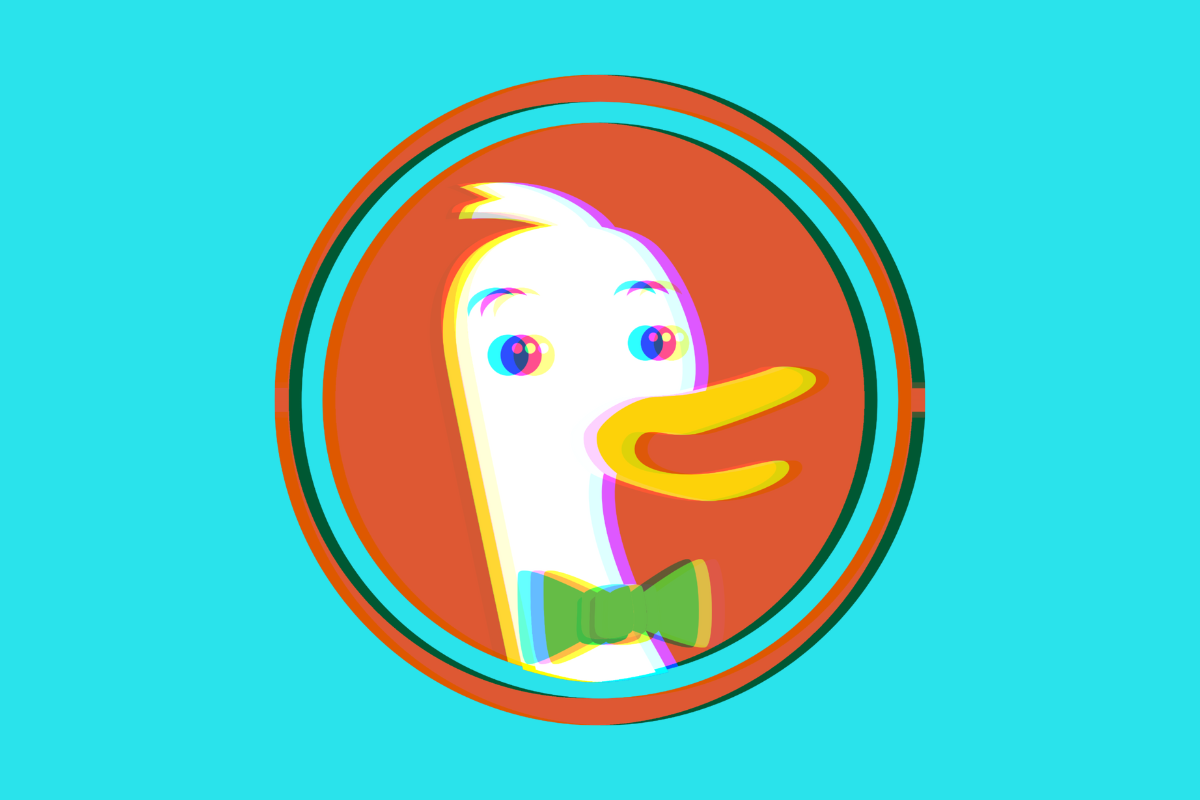