Samsung is also said to be making progress with its under-display camera tech. We could see it unveiled inside the Galaxy S21 in early 2021…

Notch, Then Hole-Punch, And “Under Display”

In a bid to make phones look more attractive, designers and engineers have spent billions of dollars in R&D over the past half-decade attempting to figure out how to secret away front-facing cameras on phones. 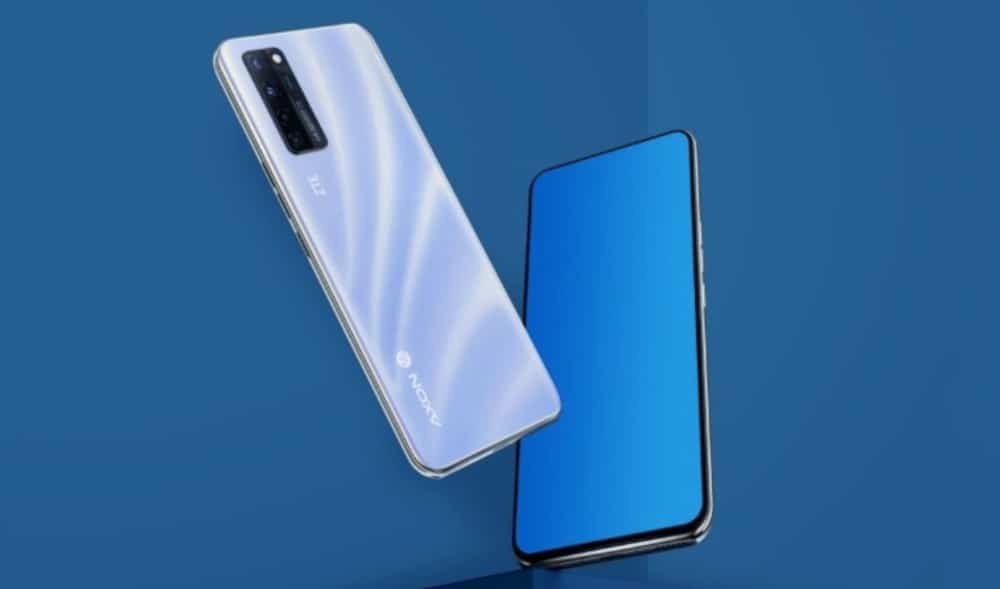 First came the notch. Then we got the hole-punch method which is used by Samsung and on the Google Pixel 4a. And now we’re entering the “under-display camera” era.

And the first company to pull it off is ZTE, a Chinese phone company with ZERO presence in the UK or US markets.

The first phone in the world to feature an under-display camera is the ZTE AXON 20 5G. As noted in the intro to this post, the AXON 20 5G will – most likely – not be coming to the UK or US markets.

How Did ZTE Beat Apple & Samsung In Developing Under-Display Camera?

Well, it wasn’t easy. According to reports, ZTE had to basically completely rethink not only its selfie camera module but also its display tech and how the two interact when in use.

For instance, the 32MG front-facing camera on the ZTE AXON 20 5G has its own, bespoke light perception sensor that analyses and regulates the exact amount of light that is required whenever the camera is operated.

It knows when it’s dark, and it knows when it is light. And it also knows that there’s a display in front of it too. ZTE developed an algorithm that, when applied to the camera’s ISP, matches up with the display’s pixel arrangement so as not to create any artifacts or distortion in the finished image.

The algorithm, therefore, effectively makes the display invisible, so the camera can shoot directly through it. And, yes, that does sound quite a bit like how a real-world, predator-style cloaking device would work…

Word on the street suggests that Samsung is hard at work on its own under-display camera tech for the Galaxy S21. Whether it eventually comes to the Galaxy S21, however, is another thing entirely – right now, it’s being tested but it could just as easily be nixed before launch.

Samsung has very high standards with respect to its imaging capabilities. For the under-screen camera to appear on the Galaxy S21, it will have to function seamlessly and pass all of Samsung’s quality control requirements. Again, no mean feat.

This is the #1 reason why Samsung’s foldable phones took so long to come to market – they weren’t perfect, so they weren’t released.

On top of this, Apple is also said to be investigating the possibility of bringing an under-display camera to one of its iPhone 13’s models. Given Apple’s track record, if it could get a working under-screen camera, it would almost certainly come to one of the company’s flagship devices first.