What Is MagVOOC? Oppo’s Answer To Apple’s MagSafe For iPhone

Oppo is bringing magnetic charging tech to its Android phones.

Wondering what Oppo MagVOOC is? Here’s what you need to know…

One of the biggest features of the iPhone 12 series is the MagSafe tech built into the phone. MagSafe is Apple’s name for the magnetic charging feature of the iPhone 12 mini, iPhone 12, and iPhone 12 Pro series. It’s that big white puck that magnetically clamps to the back of the iPhone and changes it too.

MagSafe is very popular with iPhone users – and it seems, it’s very popular with someone else: Oppo, the Chinese smartphone maker. Oppo has announced that it is working on its own version of magnetic charging called MagVOOC. In other words, it’s bringing the MagSafe feature to its line of Android phones.

What Are MagSafe & MagVOOC Good For?

While magnetic charging does have its fans, some people don’t see what the excitement is all about. And there is some validity to that. That’s because magnetic charging isn’t wireless charging. It still requires the phone have contact with a big charging puck that clamps onto the back of it magnetically.

And that charging puck is connected to a wire and a power source – just like the Lightning or USB-C cable you use to charge your phone now.

But magnetic charging does have other benefits besides being able to charge your smartphone. Magnetic chargers attach to a smartphone thanks to a big magnetic coil packed inside the phone. And the magnetic connection is strong. That means – in MagSafe’s case for example – you can magnetically attach your iPhone to a horizontal charger, like third-party ones made by murmur accessory manufacturers.

Such third-party chargers are often made for cars, so thanks to MagSafe and a MagSafe-compatible car charger, as soon as you sit down behind the wheel you can just clamp your phone onto the MagSafe car charger and it will remain in place with your line of sight directly aimed at the screen.

You can’t do that with a regular Lightning cable connection.

And that’s where we come to another benefit of MagSafe & MagVOOC: because the technology uses magnets, the phone will always be perfectly aligned with the coils in the charging pads – the phone just snaps into place thanks to the magnets.

What Oppo Phones Are MagVOOC Compatible?

Oppo hasn’t revealed this as of yet. But you can bet their next flagships will have the technology.

What MagVOOC Accessories Does Oppo Make?

How Much Do MagVOOC Accessories cost?

Oppo hasn’t announced any prices for MagVOOC accessories yet. But – and this is just a guess – they’ll probably come in cheaper than Apple’s MagSafe accessories, but still cost more than non-magnetic accessories.

Also, be sure to check out How To Get Your iPhone MagSafe Battery Pack To Charge Past 90%! 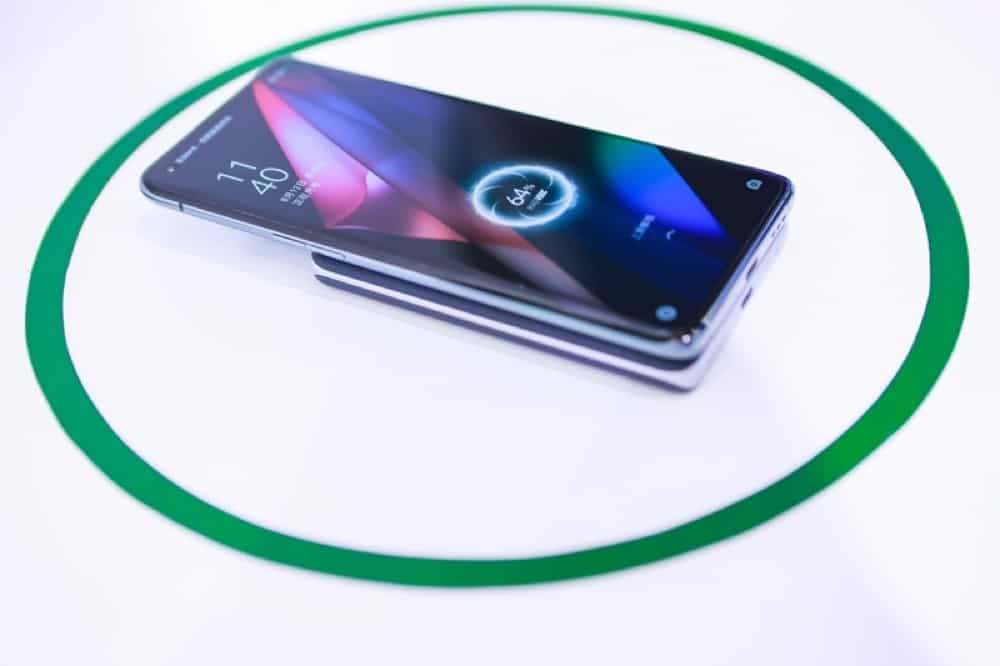