Want The Perfect Android Phone? Get An iPhone

Since the dawn of time (well, 2008), a debate has raged ceaselessly in the realm of smartphones – which is best, Android or iOS? For over a decade now, the supporters of both operating systems have slung mud at one another in an attempt to justify their purchase, with Apple fans praising iOS’ smoothness, security, and well-stocked App Store while Android lovers bleat on about customization, flexibility, and – perhaps most key of all – tight integration with Google’s ubiquitous suite of apps and services.

In recent years the difference between iOS and Android has become very little; both have ‘borrowed’ elements from one another (iOS nicked the Notification Shade from Android while Android now has ‘Screen Time’ and ‘Night Mode’, both of which appeared on Apple’s OS first) and it’s possible to do lots of things pretty similar across both platforms – app support has also reached the point where pretty much every third-party app is available on both the App Store and Google Play Store. In fact, most people on the street probably wouldn’t be able to tell one OS from the other.

These points – taken along with the fact that both Apple and Google have strived in recent years to make the process of switching between the two mobile operating systems as seamless as possible – means that many smartphone users have become platform agnostic, instead of picking their next phone based on its physical features rather than what software it’s running.

Traditionally-speaking, I’ve never been one of ‘those’ people, although I did briefly become an iOS user a couple of years back when the iPhone 7 was released. I’ve always been drawn to Android because it’s more in tune with what I want; I love retro gaming emulation and that’s something you can only do (easily) on phones running Google’s OS. I’m also a big fan of deep customization, and I also love the fact that there are so many different Android phones out there that all offer something a little different when it comes to hardware.

However, perhaps the most important point is Google itself. Ever since I discovered the wonders of Google Mail over a decade ago, I’ve made full use of the company’s excellent selection of free services, including Google Photos, Drive, Google Music, Google Maps and many more besides (yes, I even used Google Plus briefly). Taking this into account, it’s obvious that I would gravitate towards an Android phone, as it’s the best means of offering excellent integration with these services on a mobile level. The fact that whenever I’ve owned an iOS device I’ve shunned services like iTunes and iCloud only seemed to strengthen my conviction. However, I’ve recently had a change of heart.

I have a friend who has been using iOS since day one, yet he, like me, is totally locked into Google’s app ecosystem. He uses all of Google’s services over Apple’s, yet he has never owned an Android phone (despite being sorely tempted on more than one occasion). I’ve always been intrigued by this, and during one of our many chats about the strengths and weaknesses of both operating systems, he made a comment which has stuck with me: Google makes just as much an effort to please iOS users as it does Android users.

It seemed a ridiculous statement at the time, but the more I’ve thought about it, the more sense it makes. Compared side by side, there is very little difference between Google’s Android and iOS apps; they use the same general UI and look almost identical these days, to the point where, if you took away the visual elements of each OS, you’d be hard pushed to tell which phone a particular Google app is running on.

That essentially means that from a functionality and support standpoint, there’s little reason to pick an Android phone over an iPhone if all you’re interested in is Google Apps. Another thing to consider here is that there are countless different hardware configurations in the Android space that can impact how certain apps work; a phone with a small amount of RAM or an odd-shaped screen might cause certain apps to function differently, even when compared to another Android device. Now consider this; Google only has to optimize its iOS-based apps for a small selection of iPhones, which ironically means that developers, in general, have a tougher time supporting Android users than they do keeping iOS users happy – and that includes Google.

Want proof? Consider this. Google Photos has featured support for iOS ‘Live’ photos almost since day one; with so many users out there taking advantage of these short video clips, Google clearly decided it needed to include support in its app, even though, at the time, the feature was exclusive to Apple phones. However, Google hasn’t yet added support for Samsung’s Motion Photos, which has been a thing for ages. Have a think about that; Google has chosen to support the users of a rival OS before those of Samsung, which is arguably one of the most important hardware makers operating in the Android sphere. That speaks volumes.

Pixel Phones Are Not As Good As They Should Be…

A few years back, I would rather have died than write these words, but 2018 changed my perception of the Android and iOS war forever – which is ironic because it’s the year where I expected my Android love affair to blossom to a whole new level. The news that Google was designing the Pixel 3 from the inside out – rather than working with an OEM – was very welcome, as it would take Google one step closer to the approach Apple uses, where it controls every element of both software and hardware design.

Sadly, my Pixel 3 love affair ended in disaster; my handset was impacted by what appears to be a hardware issue – one that Google is yet to address, despite hundreds of cases coming to light – so I was left pondering which phone to get once more. I’d already vowed to stick with ‘pure’ Google handsets from this point on, but the Pixel 3 XL is too big for my tastes, which left me with over £700 to spend and no viable Android option. The iPhone XR was my only real choice, and I have to admit, I’ve not regretted it.

Not only do all my precious Google apps work perfectly, but the hardware design is also great (arguably superior to any Android phone out there, with the exception of perhaps Samsung’s offerings) and, as always, there’s a seamless connection between hardware and software, which isn’t always the case with Android phones which take Google’s base OS and add layer upon layer of UI ‘bloat’ which can often lead to inconsistencies and other unforeseen problems. I’m also assured of software updates on day one (with Android, the only way to be sure of getting the latest updates is to have a Pixel). In short, becoming an iOS user may have clipped my wings in terms of customization and adaptability (no more retro emulation for me), but it has also taken away a lot of stuff that I’d normally be worried about.

The real surprise for me is that by ditching Android for iOS, I’ve lost nothing in terms of core Google app support – in fact, compared to the Galaxy S9 Plus I owned previously, I’m actually benefitting from the aforementioned ‘Live Photo’ function in Google Photos, something that I’d previously had to forgo on my old Android device. All of this is down to the fact that Google, while keen to make Android the best mobile OS on the planet, is well aware that it needs to keep the millions of iOS owners out there happy too, lest they shun Google’s services in favor of Apple’s own alternatives.

The end result is a strange situation where switching to Google’s rival comes with very little in the way of negative effects, which means if you want to have the best possible platform for Android apps, you’re arguably better off with an iPhone. The XR I have may not have the best screen or camera, but it’s well-made, nicely designed, and (to quote what was once a famous Apple slogan) ‘just works’. When used with Google’s apps, it really does offer the best of both worlds; sleek, powerful hardware and adaptable, elegant software.

I’ve left the door open for a return to Android in the future and don’t doubt for a second that I’ll switch back at some point, but for now, it genuinely feels like I’ve found the right balance in my mobile life by taking the best of Google and Apple, rather than choosing a side. 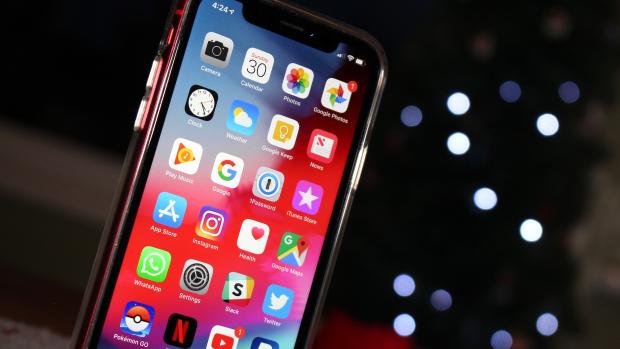