You may have heard; Samsung has now launched the Galaxy S9 series at one of its “Unpacked” branded events at MWC 2018 in Barcelona, Spain.

The new flagship generation for 2018 has some nifty new specs and features, though it isn’t very different from the last gen on the outside. All of that pretty much fits with the pre-launch rumour trail, however.

The Galaxy S9 picks up where the Galaxy S8 left off. But to the untrained eye, not that much appears to be different.

The phones look VERY similar, as Samsung left much of the design language the same.

All of the updates and tweaks are internal (and to the specs). This is where Samsung reckons it can create most value.

Updating the camera, improving the overall performance, increasing battery life, and pushing better standards for mobile data are clear improvements over what came before.

But is it worth your time and money? Or, are you better off waiting for the Samsung Galaxy Note 9?

Naturally, people are going to be wondering just how 2017’s Galaxy S8 series compares to the brand spanking new model, and, thankfully making our lives a heck of a lot easier, Samsung itself has published this rather handy infographic pitching the new kit against its predecessor spec-for-spec.

Right, so let’s break that down a bit shall we?

As you can see from Samsung’s illustration at the top there, the design and display aspects are where things have changed least from the last-gen. Sure, looking at the dimensions, Samsung has tweaked things a little, but only by mere millimetres; allegedly the size of the screen bezels has also changed, but as with the bodywork generally, it’s by such miniscule measurements that unless you whip out some calipers you’re not going to notice. Don’t let that image with the Galaxy S9 having a picture with a black background fool you about the display size either.

All four models use the same IP68 water and dust resistance.

The biggest change is on the rear panel. Samsung got a lot of flak for putting the Galaxy S8 fingerprint scanner adjacent to the camera sensor rather than below it. With the Galaxy S9, it has fixed this and placed the scanner centrally, making it easier to use all round.

You can also see that the display sizes and specs have not changed one iota from the Galaxy S8 series. Samsung alleges it has improved black depth and contrast on the Galaxy S9 series, but until we see it in person we can’t verify if it’s noteworthy or not.

Assuming there’s either no change, or simply not much, however, it isn’t really a negative in our view as Samsung already far and away leads the pack on display technology, and it’s hard in many respects to see what they can improve.

This is the biggest advancement for the new models, and also the area where not only does the Galaxy S9 series as a whole differ from the Galaxy S8 series, but also where the Galaxy S9+ distinguishes itself from the regular-sized Galaxy S9. Having said that, all four models from both ranges have 12MP sensors for the primary camera, and 8MP for the secondary. But drilling down into the details is where things start to add up.

To start with, both Galaxy S9 and Galaxy S9+ are offering a world first for phone cameras with a variable aperture; users can switch between f/1.5 and f/2.4 for the primary camera, giving you much finer control over image quality. The f/1.5 peak aperture setting is a wider setup than the Galaxy S8 series f/1.7 setup, so should improve image quality noticably; not that f/1.7 is anything to sneeze, however. On both the Galaxy S8 series and Galaxy S9 series, the whole package comes with optical image stabilisation (OIS) and excellent dual-pixel phase-detection autofocus for rapid, sharp capture with minimal noise.

The Galaxy S9+ adds a second 12MP f/2.4 aperture sensor to the primary array for a dual-sensor setup, with OIS and dual-pixel phase-detection autofocus for both lenses. It retains the variable aperture on the main wide-angle lens, while the second sensor has a fixed aperture but is a telephoto lens.

All the phones use the same 8MP f/1.7 front-facing selfie camera with autofocus – AF still being a relative rarity on selfie cams, despite its obvious benefits.

The Galaxy S9+ camera setup has now been analysed by prominent camera experts at DxOMark. The site published a report of its findings following and in-depth testing regime. The Galaxy S9+ achieved the highest score of any phone the site has tested to date, and also beat the Google Pixel 2, however, it only did so by one point.

For all of its analysis, DxOMark makes the following statement:

“For scoring and analysis in our smartphone camera reviews, DxOMark engineers capture and evaluate over 1500 test images and more than 2 hours of video both in controlled lab environments and in natural indoor and outdoor scenes, using the camera’s default settings. This article is designed to highlight the most important results of our testing.”

“With an overall DxOMark score of 99 points, the Samsung Galaxy S9 Plus takes the number one spot in our Mobile ranking, edging out the Google Pixel 2 by just one point,” the report said.

“The S9 Plus comes with a camera that hasn’t got any obvious weaknesses and performs very well across all photo and video test categories. The Photo score of 104 points is the best we’ve seen so far. At 91 points the video score is a little lower but still among the best, making the new Samsung an ideal choice for any mobile users who want the best possible still image quality without compromising on video.”

“”The Samsung Galaxy S9 Plus is a smartphone without any real weaknesses in the camera department. In both still and video modes, it performs well across the board, delivering consistently good photo and video image quality in all light and shooting situations, thus earning itself our highest DxOMark Mobile score to date,” it said.

“Add one of the best smartphone zooms and a capable bokeh simulation mode to the mix, and the Galaxy S9 Plus is difficult to ignore for any photo-minded smartphone user. With the Galaxy S9 Plus, Samsung is setting the pace for 2018. We’ll see if the competition can follow suit.”

The report also listed a set of pros and cons for both video and still images:

It’s worth noting that not everyone agrees with the conclusions of the report, with comments on the site showing that some photography fans still think the Pixel 2 is better.

Others seem to agree with the findings of the report, however.

Naturally, with a new generation comes a new processor suite.

As usual with Samsung, what you get inside the engine bay is dependent on region. The “International” variants of both the Galaxy S8 models and both the Galaxy S9 models are based on Samsung’s own Exynos processors. North America (US & Canada) and China get a slightly different take with Qualcomm Snapdragon CPUs.

For the Galaxy S8 and Galaxy S8+ that’s the Exynos 8895 CPU with a Mali-G71 MP20 GPU for the International model, or a Qualcomm Snapdragon 835 MSM8998 with an Adreno 540 GPU for the North American & Chinese models.

Both last-gen and new-gen for both the Exynos and Qualcomm Snapdragon chips are 64-bit and based on 10nm semiconductor architecture, however, the newer phase is known as 10nm LPP (Low Power Plus) and has both performance and power effiency improvements. As you can see from the infographic, both newer chips also have increased clock-speeds on their core clusters too.

With RAM things get a bit more interesting. ALL of the Galaxy S8 models run 4GB of RAM, and so does the Galaxy S9, however, the Galaxy S9+ has 6GB of RAM to play with, which should give a noticable boost regardless of which CPU it is running.

While the Galaxy S8 series has both an iris scanner and face scanner (as well as the fingerprint scanner), the Galaxy S9 series has all this but adds something called Intelligent Scan, which is designed to combine biometric data from face and iris scanning simultaneously for a more accurate and more secure setup.

Both Galaxy S8 and Galaxy S9 series’ have exactly the same battery setup, with 3,000mAh cells for the regular models, and 3,500mAh on the Galaxy S8+ and Galaxy S9+. All are non-removable.

Lastly, the Galaxy S9 series has an advantage for audiophiles, with both its headphones and stereo speakers being tuned by AKG audio, and supporting Dolby Atmos surround sound. 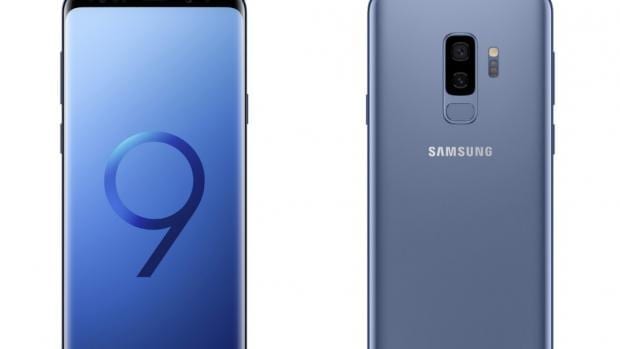