Winner? The Galaxy Note 10 Plus has a larger, higher-resolution OLED display. If you want the best of the best with respect to display tech, the Galaxy Note 10+ is the way to go, providing you don’t mind paying a premium for it!

Certain regions, namely the USA, will get Samsung’s new Exynos 9825 processor instead of Qualcomm’s Snapdragon 855 CPU. The 9825 is Samsung’s first 7nm chipset.

If you want to access 5G networks, you will have to go with the Samsung Galaxy Note 10 Plus 5G model. Standard Note 10 and Note 10 Plus models are 4G ONLY, so if 5G’s your thang, make sure you take this into account before pulling the trigger on a purchase.

Winner? Draw – both handsets’ use the same CPU; either Qualcomm’s Snapdragon 855 or Samsung’s in-house Exynos chipset.

Winner? The Galaxy Note 10+ has more clout under the hood in the form of more available RAM; you can get up to 12GB of RAM in certain Galaxy Note 10+ models. And that is an INSANE amount of memory for a phone. Hell, it’s more than most laptops!

Winner? The Galaxy Note 10+ has higher storage options, though you will pay a massive premium for this. For most, 256GB of internal storage should be more than enough.

What About Samsung’s New S-Pen? 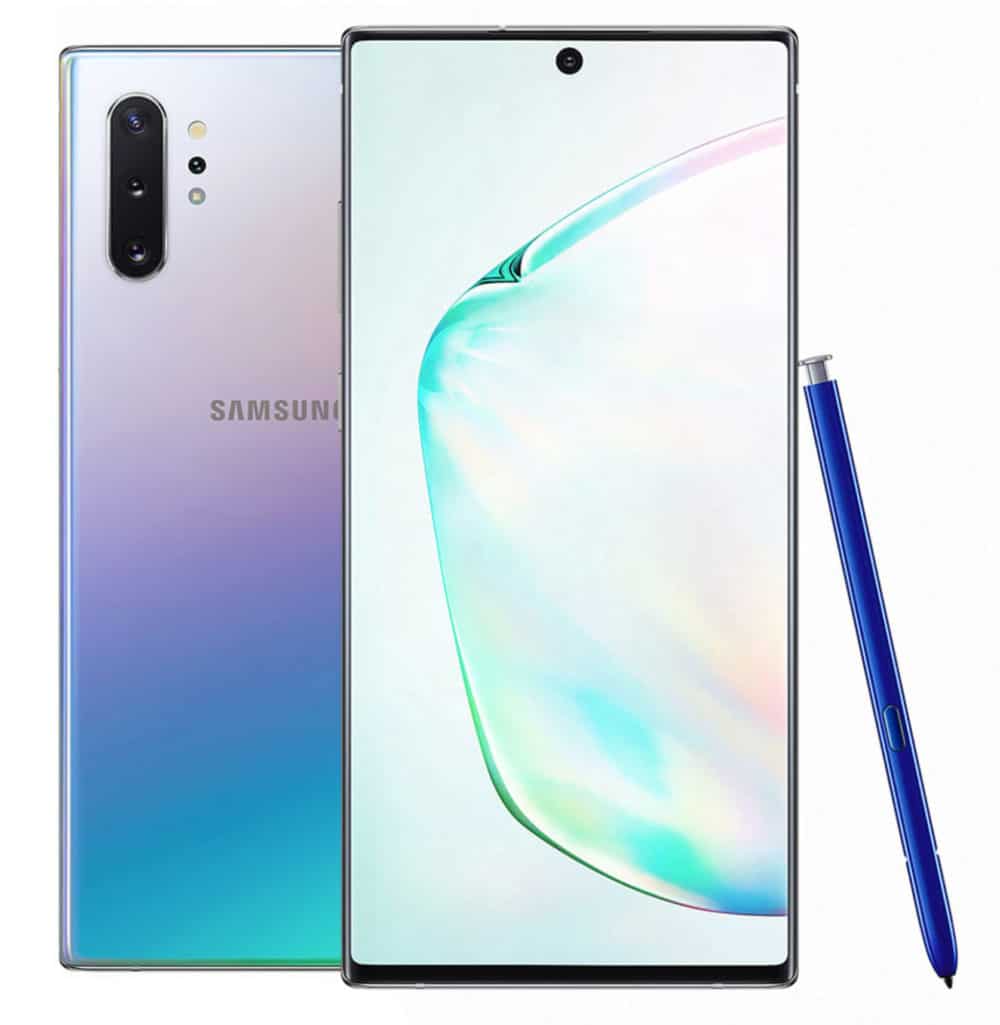 As with any new Galaxy Note update, you can’t forget about Samsung’s S-Pen which is one of the handset’s main USPs. This time around, Samsung has introduced a bunch of new updates for its S-Pen that are designed to make it more useful in a variety of ways.

First and foremost, the S-Pen now features a much more aesthetically pleasing unibody design. On top of this, it also has more features and capabilities, as well as still do things like act as a remote for triggering things like the camera shutter or as a clicker for PowerPoint slides.

Beyond this, Samsung has now added a gyroscope and an accelerometer which lets you wave it around like Harry Potter and perform tasks on the phone. You can use these gestures to switch between modes in the camera application, as well as zoom in and out when taking pictures. Samsung also confirmed it will be releasing an SDK for the S-Pen, which is super cool.

Does The Samsung Galaxy Note 10 Come With 5G?

This means, if you want access to the US and UK’s growing 5G networks, you will not only have to go with the most expensive model (the Samsung Galaxy Note 10 Plus), but you’ll also have to get a completely different model; the Galaxy Note 10 5G.

Why didn’t Samsung include 5G in all of its Galaxy Note 10 handsets? Unclear. I think the main reason for not including 5G in ALL Galaxy Note 10 phones is that Apple’s 2019 iPhones will not have 5G at all. This gives Samsung an edge over Apple. BIG TIME. And it also means it can hold-off on 5G for another year, while covering its bases with a dedicated 5G Note 10 model. Whether this approach stays in place for the Galaxy S11, however, is another matter entirely.

Samsung’s 5G approach right now caters to all needs; you have a 5G model for those that want it, and standard and Plus options for those that don’t. In this respect, Samsung also doesn’t have to worry about a 5G iPhone until 2020, so until then Samsung could likely have one of the hottest selling #1 phones on the market. 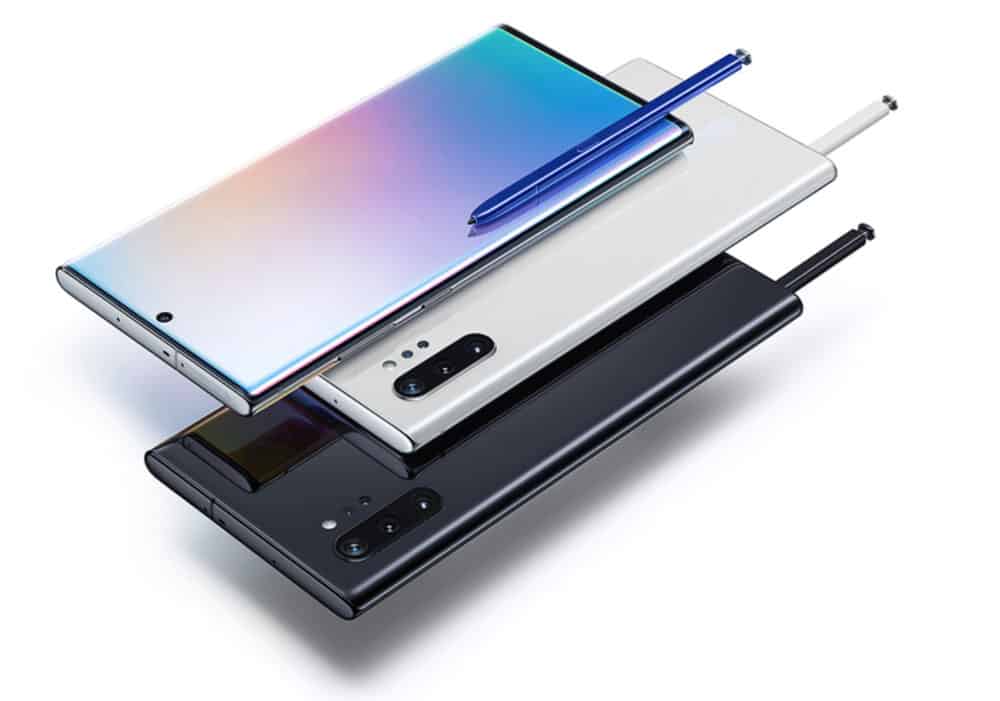 Samsung is now offering 24 months 0% credit inside its official store, meaning you can spread the cost of the new Galaxy Note 10 over two years – and not pay ANY interest!

In terms of having ALL the trimmings, the best overall handset is obviously the Samsung Galaxy Note 10 Plus 5G; it has the best camera, the best display, the most storage, the most RAM, and it will connect to 5G networks in the USA and UK. But access to all of this awesomeness does NOT come cheap…

The top of the line Samsung Galaxy Note 10 Plus 5G retails for a whopping $1399.99, making it one of the most expensive Android phones EVER released. If you go with the lower storage option (256GB), you’re looking at $1299.99, which is still mightily pricey!

Here’s a quick breakdown of the Samsung Galaxy Note 10 prices:

Is the most expensive the best option? I’d argue, no – and the reason is simple: most people DO NOT need laptop-grade amounts of storage and memory on their phones. You will be fine with the lower storage and RAM options. Remember: this is a phone, not a computer!

If you got the cash to spare, however, why not go with the ultimate Android smartphone on the planet right now? I mean, 5G is an impressive leap-forwards with respect to speed and the camera aboard the Galaxy Note 10 Plus range is already sitting pretty in the #1 spot on DxOMark’s ranking system.

Plus, Samsung is now offering 24 months 0% credit inside its official store, meaning you can spread the cost of the new Galaxy Note 10 over two years – and not pay ANY interest!

And if you cannot stomach the price of the Note 10, the Galaxy Note 9 is now heavily discounted. The Note 9 is also my favorite Note release in recent years too. And for just $399.99 via Amazon, it delivers exceptional value for money!

Me personally, I’d probably go with the standard Galaxy Note 10 Plus. It’s got everything I need from a phone, though it does lack 5G. Am I fussed about 5G? Totally, I cannot wait to have it. But right now my network doesn’t have it, so I’m waiting around for that to happen.

If you can love without a VGA Depth sensor, the standard Galaxy Note 10 is still a very good option. It has much the same internals as its larger stablemates, save for RAM and storage options, so performance will, as always, be utterly stellar. And the camera, despite lacking that fourth lens, is no slouch either! It’s also cheaper to acquire at $948.99.

Me? I like value for money, as referenced inside our Guide To Buying Cheap Samsung Phones. I don’t – and probably won’t ever – pay $1000+ for a phone. It’s just too much money. Currently, I’m using the Google Pixel 3a and it is bloody fantastic. And you know how much it costs? $399! That means you could buy three Google Pixel 3a handsets for the price of ONE Galaxy Note 10 Plus 5G. 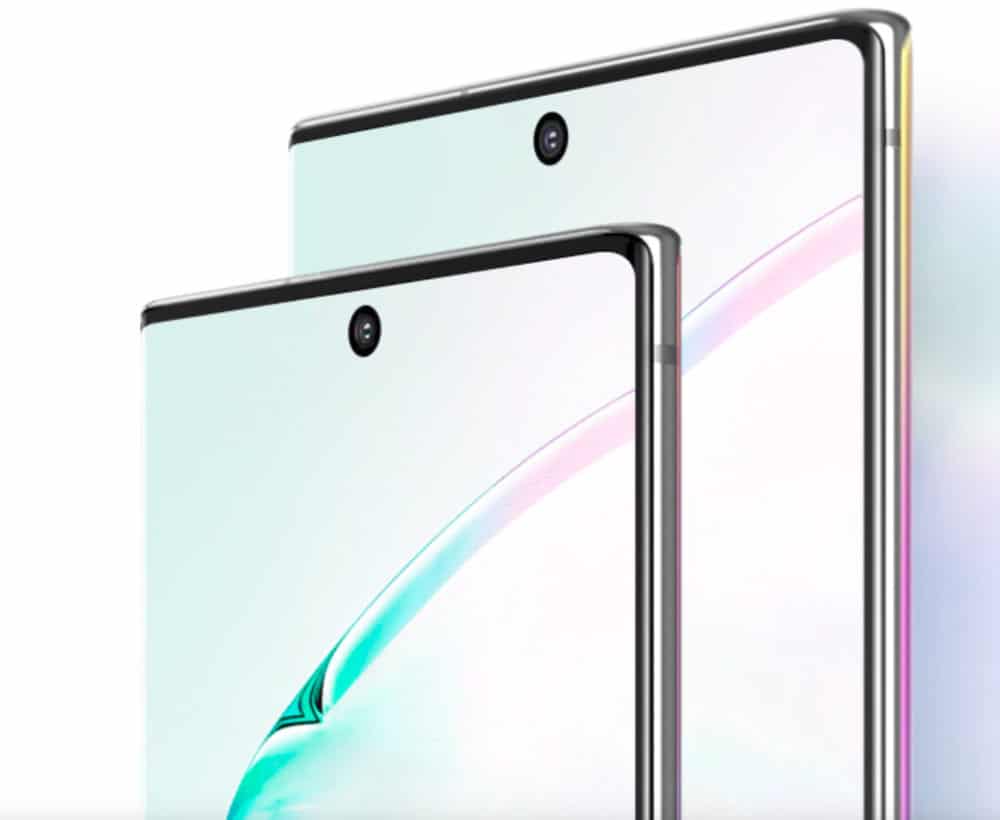