All The New Apple Products Launched At Its Spring 2022 Event

From new iPhones to new Macs, there was a lot to love.

Wondering about all the new Apple products the company announced at its 2022 Spring event? We’ve got you covered. Here’s a quick rundown of all the new hardware.

Out of all the new products Apple introduced today, the third-generation iPhone SE was probably the most exciting for consumers. The iPhone SE is a beloved model for many Apple fans and they’ll be happy to know the product received significant upgrades today.

The new 2022 iPhone 13 retains the same form factor as the previous model (and the iPhone 8). In other words, it’s got Touch ID and not Face ID. It also retains its same small 4.7-inch display.

What’s new with the iPhone SE is that it now features an A15 chip – the same as in the iPhone 13 Pro. 5G is also now included as well as up to two hours of more battery life than the previous iPhone SE. The cameras also have advanced features like Portrait mode.

The other big product upgrade Apple previewed today was the new iPad Air. The 2022 model adds features that were long overdue (the iPad Air was last updated in 2020). The new 2022 model includes the M1 chip – which is the same Apple chip first brought to the iPad Pro.

Its 12MP front camera also gains Center Stage support, so the camera automatically adjusts and zooms depending on how many people are in the shot. Finally, the iPad Air gains 5G supports on the cellular models.

Apple also concentrated on the Mac today, announcing a totally new desktop computer. Called the Mac Studio, the new computer is either a thick Mac mini or a short Mac Pro (take your pick).

The Mac Studio is designed for pros, with an insane amount of ports on the back and front. It also features Apple’s fastest chips ever. You can order a Mac Studio with an M1 Max chip or with the all-new M1 Ultra chip that has a 20‑core CPU, up to a 64‑core GPU, and up to 128GB unified memory.

To go along with the new Mac Studio, Apple also announced a new display called the Studio Display. However, don’t let the same mislead you, you can actually use the Studio Display with numerous Macs across Apple’s line.

The Studio Display features of 5K panel that measures 27-inches and sports 14.7 million pixels.  It’s also got a 12MP Ultra Wide camera with Center Stage built-in as well as a speaker system that features Spatial Audio.

As far as ports, you’ll find three USB-C ports and one Thunderbolt port on the rear.

Perhaps one of the most minor announcements today was the addition of a new color option for the iPhone 13. Apple announced the iPhone 13 will now also come in a new green finish in addition to the existing color options of pink, blue, midnight, starlight, and Product Red.

The iPhone 13 Pro also got a new color option today, and it’s green, however, it’s a different shade of green than what’s offered on the iPhone 13.

Apple didn’t announce any new software today, nor other new computers of devices. However, we can expect another round of new announcements in just three months when WWDC rolls around. That conference is likely to preview iOS 16 as well as, perhaps, some additional new hardware, such as new MacBooks.

And check out When Is The Next Apple Event? 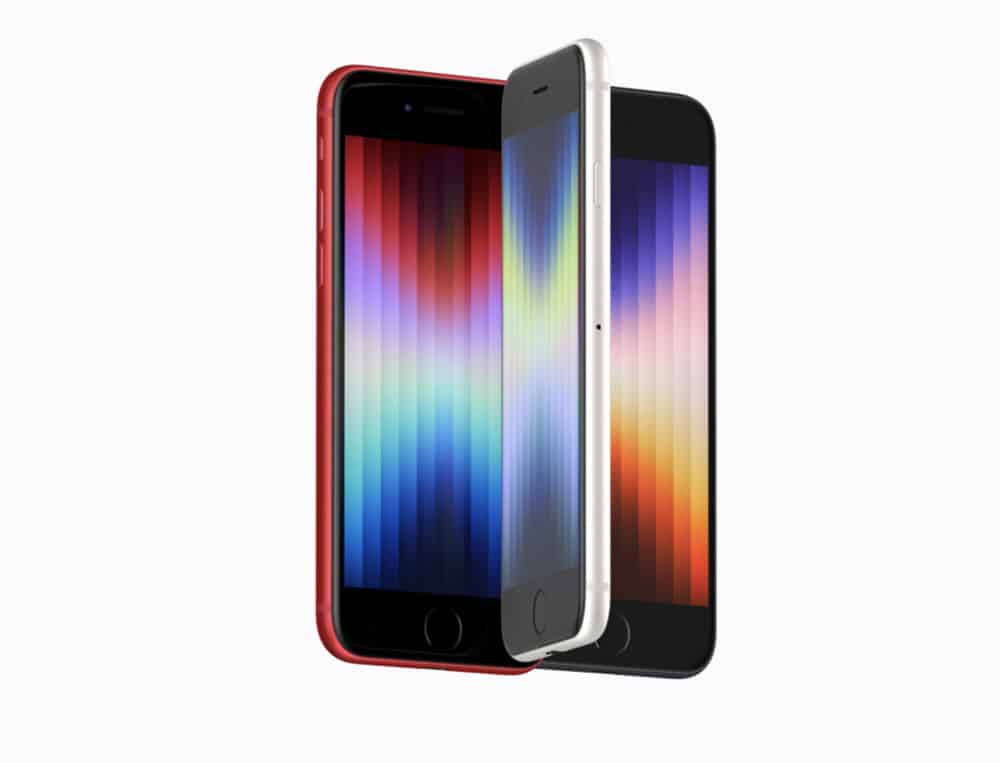