The OnePlus 9 Pro is the company’s 2021 flagship phone. But is it worth getting over, say, the Samsung Galaxy S21 Ultra or iPhone 13 Pro Max? Let’s crunch the numbers and find out…

After a slew of very good handsets, the OnePlus 9 Pro is perhaps OnePlus’ greatest achievement to date, bringing together all the elements that make up a true, honest-to-goodness flagship phone experience. It has a best-in-class CPU, killer looks and design, and the camera module is phenomenal.

Everybody always goes on about how expensive OnePlus phones are these days. But what they forget is that OnePlus is now going toe-to-toe with the big boys. It uses the same specs, the same hardware, the same exacting approach to how it designs phones. The OnePlus 9 Pro is not a cheap phone by any stretch of the imagination, so why should it be priced like one? OnePlus is a business just like Samsung and Apple.

And I’d argue that OnePlus, despite the big increases in prices over the past few years, still serves up some of the best value flagship phone experiences on the market. The OnePlus 9 Pro is still almost $300/£300 cheaper than the iPhone 13 Pro Max and Samsung Galaxy S21 Ultra. And it is practically as good as these phones where it counts.

As with most things about this phone, OnePlus hasn’t cut a single corner when it comes to the OnePlus 9 Pro’s specs. As you can see below, the OnePlus 9 Pro is packing plenty of heat with respect to specs and hardware updates.

From its QHD 120Hz OLED display to its Snapdragon 888 CPU and either 8GB or 12GB of RAM, the OnePlus 9 Pro is built for performance. If you’re a hardcore gamer, it will work great. If you want to use it for photo and video editing, it’ll handle whatever you chuck at it with aplomb. The damn thing’s a beast. Nothing is missing here.

The OnePlus 9 Pro supports 5G and is a dual-SIM phone too. It also has an IP68 rating too, so it is 100% water and dust resistant. With 5G, you’ll get the fastest possible speeds too, thanks to the OnePlus 9 Pro’s Snapdragon 888 CPU. Whether you can actually get 5G in your area, however, is another thing entirely. But when you do, the OnePlus 9 Pro will be ready.

In terms of raw performance, the fully-loaded OnePlus 9 Pro – meaning the one with 12GB of RAM – will easily match Samsung’s Galaxy S21 Ultra. It might not be able to catch Apple’s iPhone 13 Pro Max. But that’s because Apple’s A15 CPU is just far ahead of anything you can get in the Android market.

The bottom line here is simple, however: if you want/need/demand the absolute best in class performance, the best display tech, and spades of additional power, the OnePlus 9 Pro is well worth it in 2021. It is more than a match for anything in the Android market right now, including Samsung’s more expensive Galaxy S21 Ultra.

The OnePlus 9 Pro runs a 6.7in QHD (3216×1400) OLED panel with a 120Hz refresh rate. That makes it an equal match for the best screens on the market right now. At 6.7in, it is fairly large too, so if you like or prefer bigger phones, the OnePlus 9 Pro’s expansive screen real estate will be right up your street.

And because it is a 120Hz AMOLED panel, the smoothness and brightness is off the charts. As soon as you switch the phone on, you know you’re in good hands. The OnePlus 9 Pro’s display is crisp, bright, hyper-detailed, and wonderfully bright. It also works like a dream in nearly all types of lighting – from dark to direct sunlight.

OnePlus has tweaked this display a lot over the OnePlus 8 Pro’s, and the changes and improvements are immediately obvious from the moment you switch it on. Again, in my experience, this screen is more than on par with what you get from Samsung and Apple.

The OnePlus 9 Pro measures 163.2 x 73.6 x 8.7 mm, and it weighs 197g. It is a fairly big phone. It is bigger and heavier than the Samsung Galaxy S21 Ultra. But I do not mind this at all; the additional weight and heft make it feel more robust, more premium. I like a bit of heft on my phones. Always have done. It makes them feel sturdier like they could handle a bump or two.

Flagship phones are always big too. The iPhone 13 Pro Max is massive (and bigger and heavier than the iPhone 12 Pro Max), while the Samsung Galaxy S21 Ultra is the lightest and thinnest of the three phones. I do really like the Galaxy S21 Ultra too. In this respect, there’s not much in it – just a few grams and millimeters here and there – so I wouldn’t consider any of the above much of a deal-breaker.

And when you look at what the OnePlus 9 Pro’s camera module is packing, it is easy to see where all the gains have come from. The OnePlus 9 Pro features a 48MP (Sony IMX789 sensor) main shooter, a 50MP ultra-wide that uses a Sony IMX766 sensor, and an 8MP telephoto shooter that can shoot up to 3x optical zoom.

OnePlus has also collaborated with Hasselblad on the OnePlus 9 Pro. Hasselblad is a camera maker and worked with OnePlus to improve the OnePlus 9 Pro’s color calibration, to make them as natural looking as possible. The results are very impressive too. Next to the OnePlus 8 Pro, the OnePlus 9 Pro feels like a multi-generation jump in performance. Images look more natural, possess more detail, and generally just look a hell of a lot better.

What’s so good about the OnePlus 9 Pro’s camera performance, however, is that it works perfectly in automatic mode. Just point it at something and take a picture. It’ll look great. But OnePlus has kitted out the OnePlus 9 Pro with plenty of additional bells and whistles for REALLY dialing in shots and subjects.

If you like tinkering with your camera’s settings, OnePlus has included a myriad of options here. You can control nearly every aspect of the OnePlus 9 Pro’s trio of cameras. And if you know what you’re doing, unlike me, you can start creating some truly impressive compositions.

Add in additional stuff like OnePlus’ new distortion-correction technology, an algorithm that removes fuzz from wide-angle shots, and you’re looking at one of the best camera phone experiences on the market right now. Oh, and it also shoots video in 8K at 30fps. Basically, this module is one of, if not the, best camera set-ups in the Android space right now.

The OnePlus 9 Pro does and has many things that make it an excellent phone. But sadly it does not come with expandable storage. There is no SD support on the OnePlus 9 Pro. But with storage options starting at 128GB and topping out at 256GB, I don’t think many people will miss the SD card.

It would have been nice for OnePlus to include an SD card reader, however, especially since the OnePlus 9 Pro can shoot video in 8K, as well as 4K. Shooting in these resolutions takes up A LOT of room. And exporting them takes a lot of time. Adding in an SD card would have solved both of these issues.

For whatever reason, OnePlus opted not to include an SD card on the z OnePlus 9 Pro. Again, this is pretty much par for the course these days. Very few Android phones ship with SD cards these days. Apple NEVER includes them, for instance, and Samsung’s Galaxy S21 Ultra doesn’t support SD cards either.

The OnePlus 9 Pro runs a 4500mAh battery. That is a fairly sizeable battery and will definitely get you through a full day of usage. Push it REALLY hard, however, with games and video-shooting and editing, and you will definitely need to top it up before you go to bed. Again, though, this is the case with ALL phones, not just the OnePlus 9 Pro.

And unlike Apple and Samsung, OnePlus does include a 65-watt charger in the box, so you won’t have to go out and buy one separately. And with this level of fast charge at your disposal, battery life becomes kind of a moot point. You can charge the OnePlus 9 Pro from 50% to 100% within 10 minutes. You can do that on a smoke break at work.

For this reason, I would rate the OnePlus 9 Pro extremely highly in the battery performance stakes. On its own, the OnePlus 9 Pro’s battery life isn’t all that impressive, just average. But when you add in its 65-watt wired charge and 50-watt wireless charging, it surpasses both the iPhone 13 Pro Max and Galaxy S21 Ultra by quite a margin. And this is another of the core reasons why I’d recommend this phone over the Galaxy S21 Ultra.

The OnePlus 9 Pro is available in the following colors: Morning Mist (silver), Forest Green, and Stellar Black. But in true OnePlus-style, the colors are different in each country, so one color might not be available in your region – this is always the case with OnePlus phones. But the upside is that all of the OnePlus 9 Pro’s color schemes look nice and professional. Me? I like Forest Green and Stellar Black the best.

Is The OnePlus 9 Pro Worth it?

With its stunning design, amazing cameras, and best-in-class CPU and charging abilities, the OnePlus 9 Pro is easily one of the best value Android flagship phones on the market right now. It is cheaper than both the Galaxy S21 Ultra and the iPhone 13 Pro Max, so, yeah, I would say the OnePlus 9 Pro is 100% worth buying in 2021.

The OnePlus 9 Pro will also get Android 12 and, most likely, Android 13 and, perhaps, Android 14. But if it doesn’t get Android 14, you can always flash it with a custom ROM and run it for a few more years. If you want guaranteed Android updates, you’ll need to go with either the Pixel 6 Pro or the Samsung Galaxy S21 – they’ll both get three major updates.

Or, if you want a phone you can run for the next seven to eight years, grab the iPhone 13 Pro Max. Apple’s support with iOS updates is vastly superior to anything you get in the Android market. Case in point, my OG iPhone SE just got the latest build of iOS. 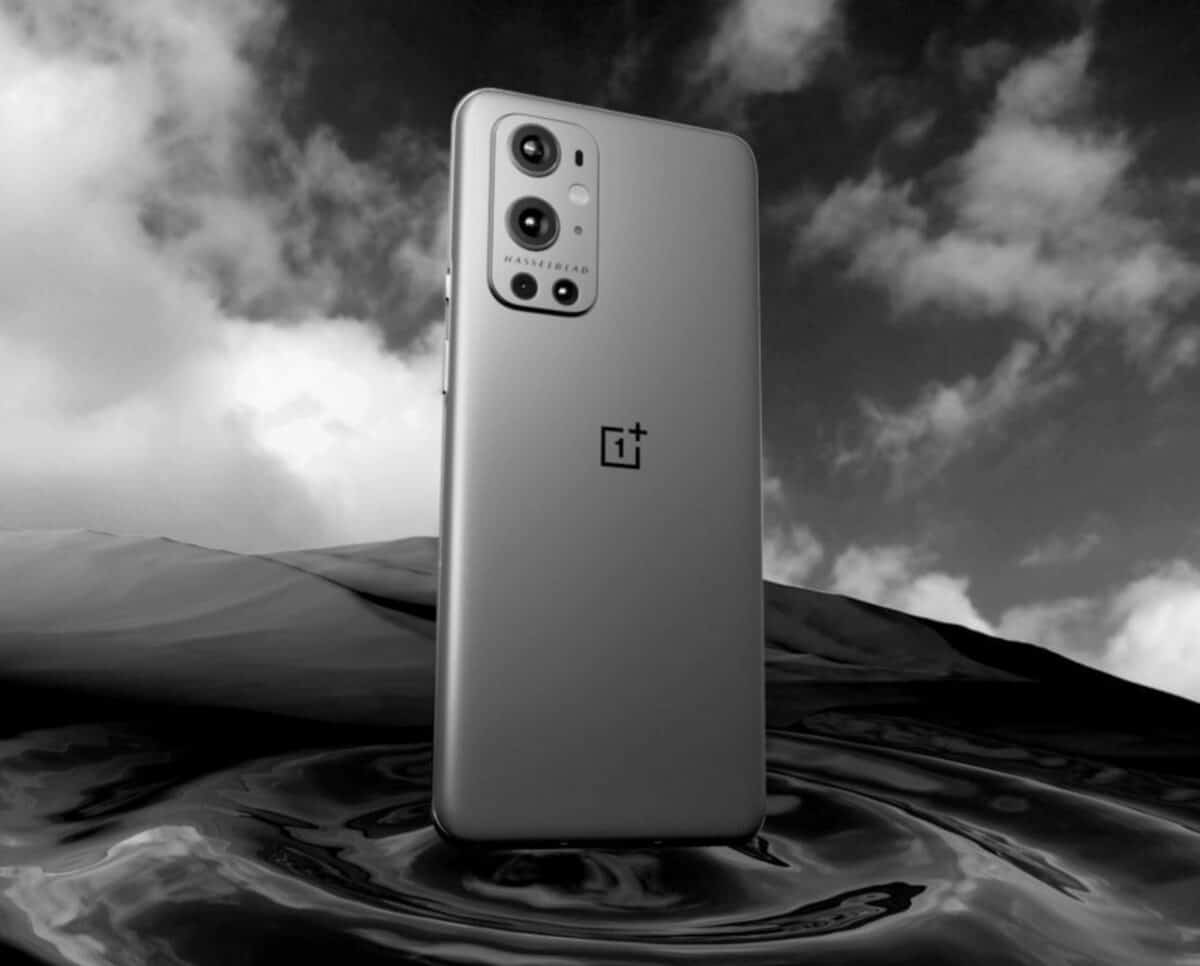