The iPhone SE (2020) and Google Pixel 4a both cost $399.99 and this, combined with their specs and software, makes them two of the most exciting releases of the year. But which is best? Let’s investigate…

If you’ve got $399.99 to spend on a phone in 2020, you have two very compelling options in the form of the iPhone SE (2020) and the Google Pixel 4a. Neither are flagship phones. But that’s the entire point. Both are designed to attack the lucrative sub-$400 segment of the phone market, a place currently dominated by brands like Xiaomi and RealMe.

Google already made a lot of friends with its Pixel 3a, so we can expect plenty of people to switch over from that camp, once the 4a gets official. The Pixel 3a is also the best selling Pixel phone Google has ever released. And the reason for this? Simple: price. But now Apple has now waded into the space, so things are about to get A LOT more interesting…

Let’s take a look at the specs for each phone (please note: the Pixel 4a specs, at the time of writing, are based on rumors):

In the hands of the average consumer, there won’t be too much to separate these phones. In order to give you a better understanding of where the main differences reside, let’s take a look at some key elements of both handsets in more detail, starting with the display technology and overall dimensions of the phones.

For me, the iPhone SE (2020)’s display is the biggest let-down about the phone. I know it’s based on the iPhone 8 design, so there’s not really that much Apple could have done, seeing that even its current iPhone 11 doesn’t feature an OLED panel, but some slight updates would have been nice – 720p in 2020, even at this price point, is simply not good enough. Even more so when you factor in the Pixel 4a’s larger, higher-resolution OLED panel.

One of the biggest draws of the Pixel 3a, besides its price, was the fact that it featured Google’s thoroughly excellent camera technology. At this price point, Google effectively had the rule of the roost with respect to imaging prowess – nothing at $399.99 could touch the Pixel 3a.

The advent of the iPhone SE (2020), however, kind of changes all this; though it isn’t as cut and dry as some have made out. The SE (2020) uses a similar camera setup to the iPhone XR, although the SE (2020)’s camera benefits from a host of improvements – things like Smart HDR, Semantic Rendering, Portrait Lighting, and Depth Control. 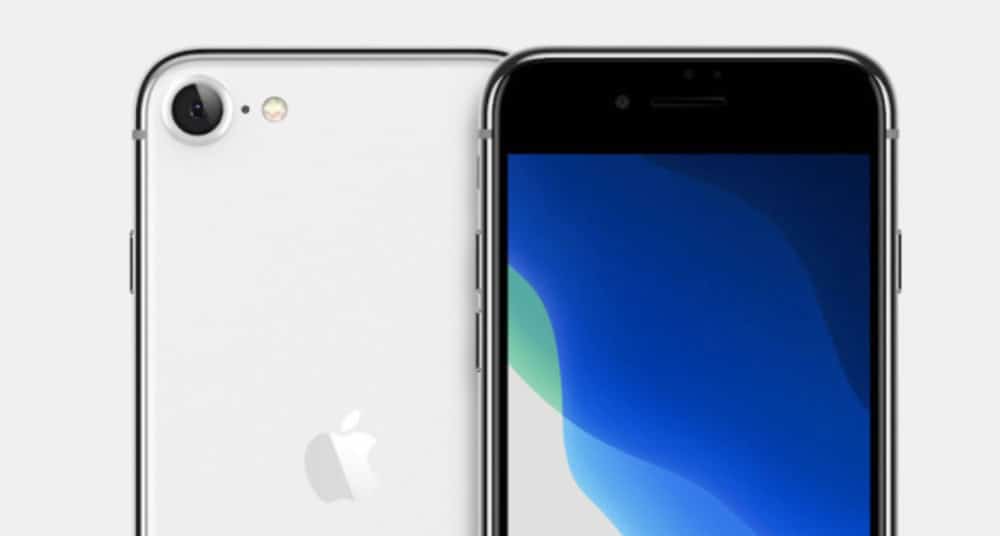 Apple’s A13 CPU is also brilliant when it comes to image and video rendering as well as when it comes to applying post effects and tweaks. It has machine learning built-in at chip-level, it has one of the best ISPs on the planet, and it is incredibly fast. Apple’s imaging technology has come on leaps and bounds in the last few years, and the SE (2020) will benefit massively from a lot of this technical advancement.

All of these things combined could cause the Pixel 4a a lot of issues in 2020, potentially even stealing its crown as the best budget camera phone. But right now we don’t know exactly what Google’s plans for the Pixel 4a’s camera are; it could feature the actual camera from the Pixel 4 (that’d be great) – or some of its more advanced, algorithmic wizardry for pulling more detail out of shots and video.

As of right now, no one knows for sure, so we’ll just have to wait and see how things pan out with the Pixel 4a before drawing any conclusions. Google will have known about the iPhone SE (2020), however, so I don’t expect it to pull any punches when it comes to the Pixel 4a’s camera.

The one area where Apple’s iPhone SE (2020) has a distinct, clear advantage is with its processor – the A13 Bionic chip. Apple’s A13 chip launched inside the iPhone 11, iPhone 11 Pro, and iPhone 11 Pro Max. It is monumentally powerful, surpassing everything else on the market, including Qualcomm’s latest and greatest Snapdragon 865 CPU. And this is significant because you’re getting this chipset inside $399 phone.

And that means you’re getting the same level of performance as the iPhone 11 Pro Max for $399.99. The Pixel 4a will not be able to top this, even if it used the Snapdragon 865 CPU (which it isn’t anyway; it’s using the Snapdragon 765). Hell, even Google’s Pixel 5 won’t be able to match the iPhone SE (2020) with respect to raw performance. Nothing can; the A13 is just too good.

The only potential advantage Google might have over the iPhone SE is if its outfits the Pixel 4a with the Snapdragon 765G, Qualcomm’s 5G version of the chip. The iPhone SE (2020) does not have 5G, so adding 5G connectivity to the Pixel 4a would be an easy way for Google to gain some kind of advantage over the Apple’s similarly priced phone in this context.

Where You’ll Notice The Most Difference

For me, there are two areas where most users will notice the biggest difference when using these phones. And to make matters even more interesting, each phone has one big unique selling point that the other lacks. I’m talking, of course, about OLED displays and Apple’s A13 CPU.

First, let’s talk about the display. With the Pixel 4a, you’ll get a modern, QHD OLED panel. That means bright colors, sharp text, and efficient pixels that conserve your battery life (even more so if you activate dark mode, as black pixels, on OLED, do not use any power).

The iPhone SE (2020), meanwhile, uses a 720p LCD panel that is not only smaller (4.7in) but also lower resolution too. Side by side, the difference will like night and day (in the Pixel 4a’s favor), so if display tech is your thing, the Pixel 4a has a clear advantage here. Apple’s 720p LCD panel is OK, it’s just not going to win any awards in 2020.

However, the iPhone SE (2020) has an ace up its sleeve; the A13 CPU, and this will make a difference. This is the #1 reason – besides price – why you’d get the iPhone SE (2020). The A13 will provide best-in-class performance across the board – from general snappiness to faster image editing and capture. The A13 is the benchmark by which all other CPUs are now measured.

Given all of the above, which phone would I go for? This is an extremely tough call to make, even more so for me, as someone that has used the Pixel 3a and Pixel 3a XL for almost 12 months solid. I know the Pixel 4a will be great. But I just cannot stop thinking about how good the iPhone SE (2020) will be with its A13 CPU and home button/TouchID combo. And the fact that you can get one for $399.99 is kind of appealing too.

I’m a sucker for Apple’s old-school design; I prefer the iPhone 8 Plus to the iPhone X, and the reason is simple: I like having a home button. I think it works better and makes the phone more intuitive to use, so when I heard about the iPhone SE (2020), I was more or less sold right out the gate…

There are issues with the SE, however; the most notable of which, for me, is its low-grade display and the size of the phone itself – I tend to prefer larger phones like the Pixel 3a XL and iPhone 8 Plus. The iPhone SE (2020) has the same dimensions and build as the iPhone 8, a decidedly smaller phone, which is great news for iPhone fans that want a smaller option that also runs Apple’s latest A13 CPU. The iPhone SE (2020) will also be arguably better when it comes to updates; it’ll get iOS updates well into the late-2020s, whereas the Pixel 4a will potentially hit its end of life by the close of 2022/23. Again, this is another reason to go with Apple. It is also something Google really needs to work on if it is to match Apple in this regard.

I am going to buy one of these phones. I just don’t know which one it’ll be just yet. Right now, I am leaning slightly towards the iPhone SE (2020), though this is mostly because I’ve been using Pixel phones for years and I could do with a change – even if it is only for a few months. I might buy both, test them out, and then sell the one I don’t want. Either way, I’m super pumped about trying both of them.

At the end of the day, though, the main reason that both of these phones are so important is the price. If you’d told me at the start of 2019 that by mid-way through 2020 I’d be writing about the differences between a $399.99 iPhone and a $399.99 Pixel phone, I’d have laughed in your face. And yet here we are…

Whichever side of the fence you live on, Apple or Android, you have to admit that the advent of proper performance in the sub-$400 phone market is 100% something we can all get behind. Not only is it great for consumers, but it will also drive competition, forcing the likes and OPPO, OnePlus, and Xiaomi to seriously raise their respective games.